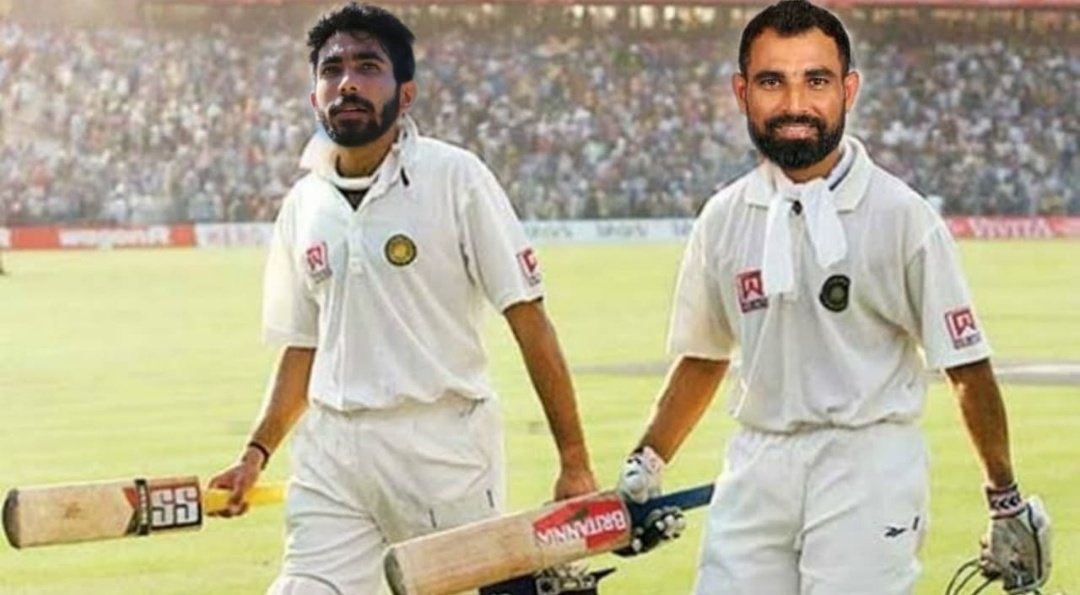 Virender Sehwag took to Twitter his admiration for Jasprit Bumrah and Mohammed Shami partnership. India were struggling coming into the final day of the 2nd Test with only 181 on board with the loss of six wickets.

Mohammed Shami scored the most important half-century of his career while Jasprit Bumrah showed tremendous application to take India to 286 for 8 in their second innings as England's chances of winning the second Test match dwindled by the lunch session. Shami (52 batting, 67 balls), who hit a towering six off Moeen Ali to complete his second Test fifty, might have just given India an outside chance of even winning this Test match with an overall lead of 259 runs and a maximum 64 overs left in the game on Monday.

Along with Bumrah (30 batting, 58 balls), he not only added invaluable 77 runs for the ninth wicket but also consumed enough overs to take one session virtually out of the equation keeping the visitors in the game after Rishabh Pant's (22) early dismissal.

This was also India's highest ninth wicket stand in a Test match in England.

Ishant Sharma (16) also made a nice little contribution as the tail-enders between them accumulated 98 runs, something that India have been missing before the start of the series.

At the beginning of the fifth day, Pant charged down the track to smash James Anderson (25-6-49-0) through the covers but Ollie Robinson (16-6-41-2) bowled a beautifully delivery that moved late to induce an outside edge into the keeper's gloves.

Ishant got a streaky boundary off Anderson but Robinson's knuckle ball caught him plumb in-front to make it 209 for 8 when Bumrah joined Shami.

However once Nos 9 and 10 were at the crease, England captain Joe Root decided to spread the field anticipating a lot of aerial shots from the duo but to his horror and his own dressing room's surprise, both were ready to put their heads down and play proper cricketing shots.

With Mark Wood bowling with deep point and deep mid-wicket, the singles came easily and both of them showed copybook forward defence to Moeen, someone who has troubled the top-order regularly.

They were peppered with a few short balls and Bumrah also got hit on the helmet by Wood but he manfully carried on concentrating even more.

Their 50-run stand was applauded generously by the Lord's crowd, mostly Indians but it was their change room that gave them a standing ovation.

Shami flicked Anderson for a boundary and also hit a picturesque cover-drive off Moeen. If that wasn't enough, he also lofted Moeen (26-1-84-2) over mid-on for a boundary.

Once they had added 30-odd runs, Root understood that the aerial shot strategy had backfired and got back to the traditional two-slip and gully field.

But by then, Bumrah's defence and Shami's attack had piled on England frustrations which led to some on-field altercation between the two Indians and rival skipper Root and his premier pacer Anderson.