T20 World Cup: What worked for India against New Zealand and what didn't

India have lost both their T20 World Cup games so far and are on the brink
S. Sudarshanan 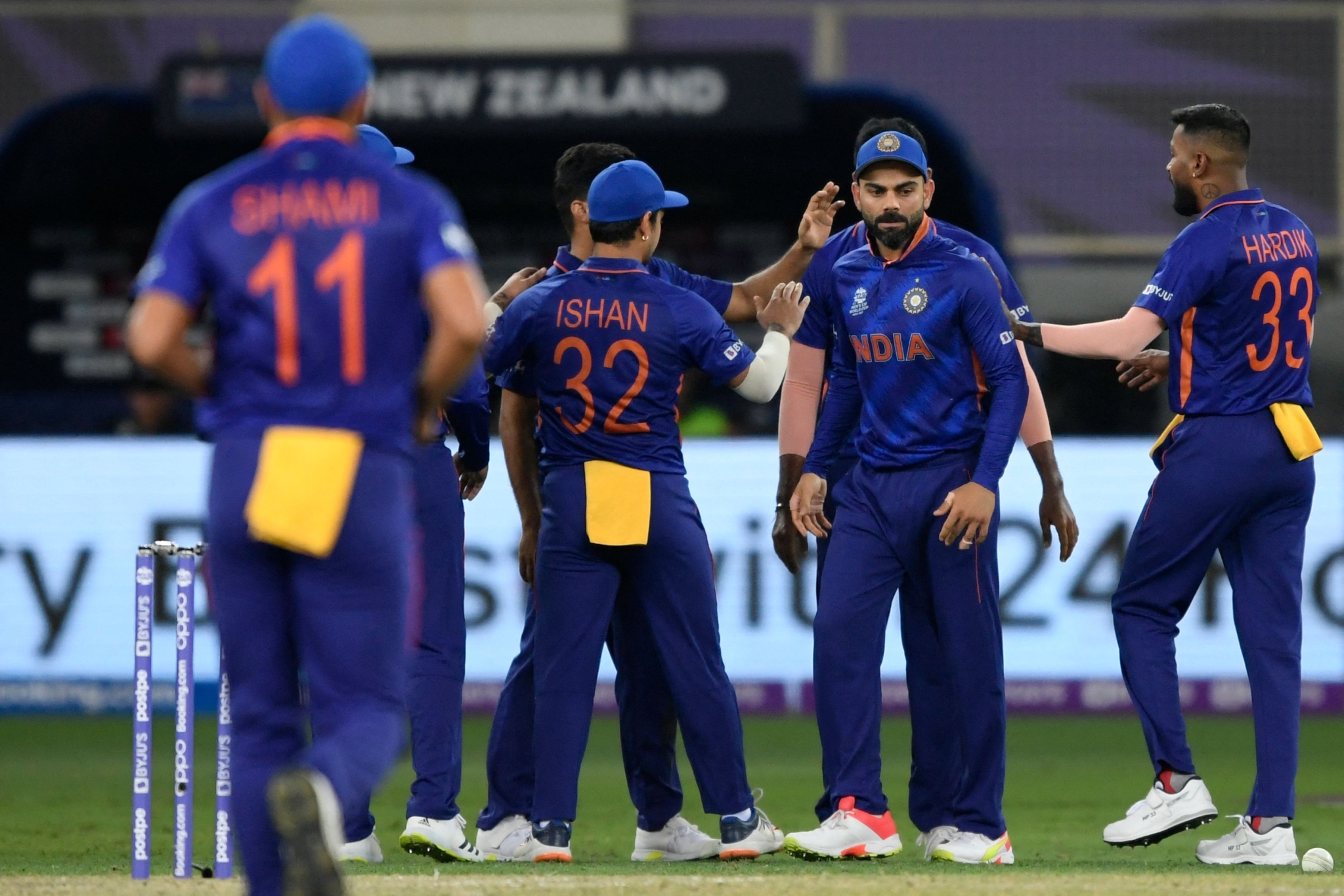 India get together at the fall of a wicket in the T20 World Cup. | Photo: AFP

The India that promised to turn up in the T20 World Cup in the UAE and the one that eventually have turned up are two different teams. Touted to be bold, fearless and attacking when the squad was assembled, they’ve been anything but and in captain Virat Kohli’s words “not brave enough”. Despite seemingly having a balanced outfit with the right personnel, India have struggled to get the better of the Black Caps across editions and their second loss in this competition has left them on the brink of an early exit.

Coming into this T20 World Cup as favourites, India began with their first-ever loss against Pakistan and despite a week’s gap, couldn’t change the result in their second outing.

India failed to hit a boundary between the seventh and the 17th over in their innings, a first in this competition. As a result, India crawled to a meagre 110 for seven after being put in, which was overhauled comfortably by New Zealand with eight wickets to spare.

Here’s a look at what India did right and otherwise in their second match of the tourney:

Toss & India: The toss is one of the uncontrollables in our sport and it is not going Virat Kohli’s favour in this competition. It’s been observed that teams prefer chasing because of the dew that sets in. However, India haven’t yet been able to make the choice. Perhaps Kohli can take a leaf out of the women’s captain Mithali Raj and how she was seen practising the coin toss.

Team selection: India made a couple of changes – Ishan Kishan got drafted in because of back spasms to Suryakumar Yadav, while Shardul Thakur came in for Bhuvneshwar Kumar. Thakur had been on top of his game for some months now and in the UAE leg of IPL 2021, impressed with his wicket-taking knack. Kishan was also in good touch, as seen in the warm-up match against England as well as MI’s final IPL match.

Batting order: Kishan was selected as the backup opener in the squad, and Kohli backed him to take the spot. That meant India had to depart from their regular openers in KL Rahul and Rohit Sharma. Perhaps India expected the Kiwis to open the bowling with spin at least from one end and hence chose to push Sharma down the order, despite Rahul playing in the middle order in ODIs.

Shot selections: Sharma’s favourite shot is the pull; yet it has gotten him in trouble on more occasions that one. He pulled one straight to fine leg on the very first ball, only to be dropped. Kishan’s flick also found the deep square leg fielder to perfection. Kohli, who last played an ugly hoick against a spinner early in his innings eons ago wrongly chose to take on birthday boy Ish Sodhi, with India having lost three early wickets. 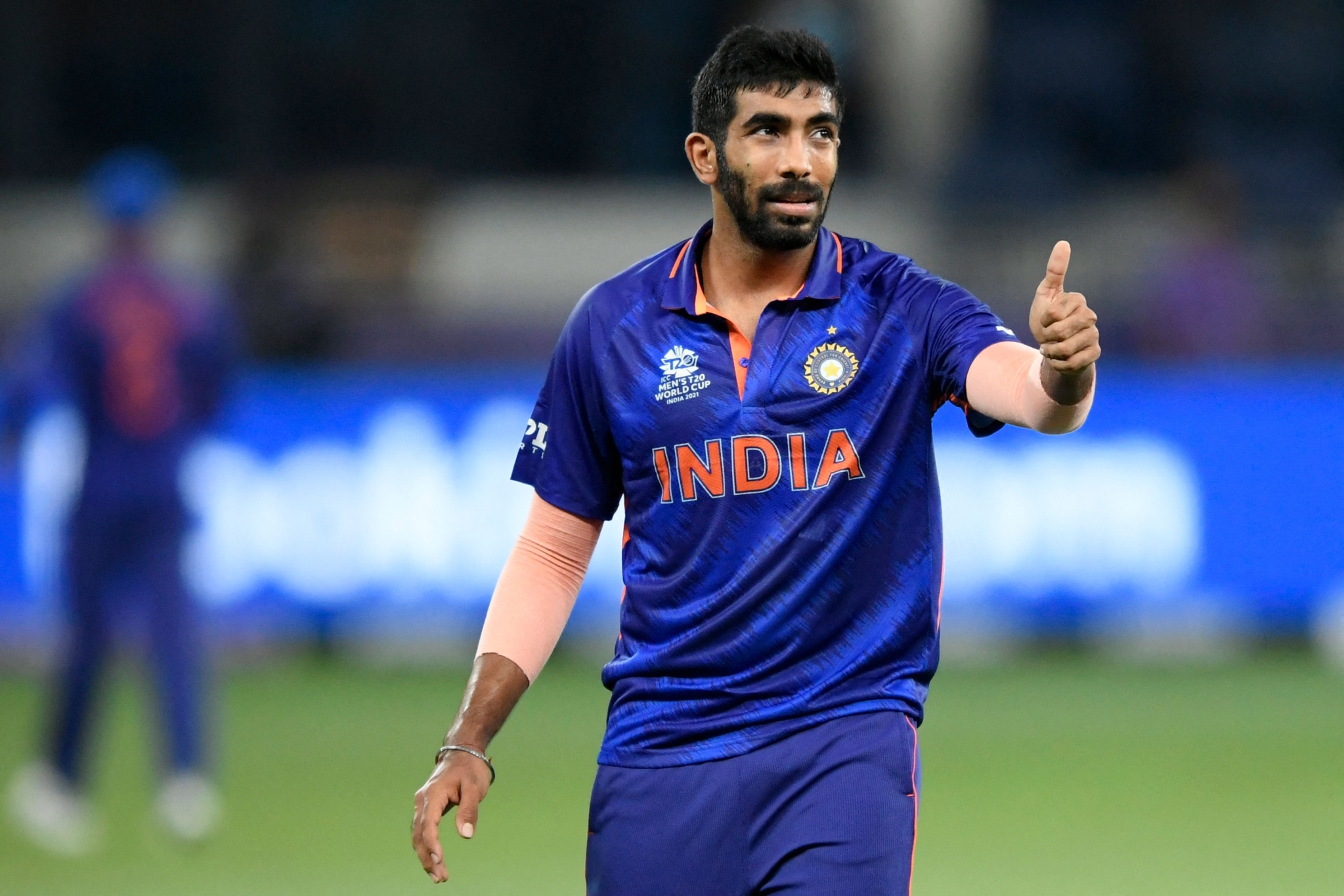 Jasprit Bumrah picked up 2/19 in his four overs against New Zealand. | Photo: AFP

Boom-ing Bumrah: India would be pleased with Jasprit Bumrah’s return against New Zealand. He picked an early wicket, dismissing Martin Guptill inside the powerplay and then returned to get rid of Mitchell. The Kiwis chased down the total with a run-rate of close to eight an over; Bumrah went for an economy under five and picked two wickets.

Pandya bowls: Finally ending weeks of speculation and uncertainty, Hardik Pandya returned to the bowling crease. His first over went for just five and seemed to be in good rhythm. Though he didn’t pick a wicket, India would be happy to have him back bowling, with three games left in the tournament.