T20 World Cup: What went wrong for India against Pakistan?

India were inflicted their first 10-wicket loss in T20Is while Pakistan won by 10 wickets for the first time in T20Is
S. Sudarshanan 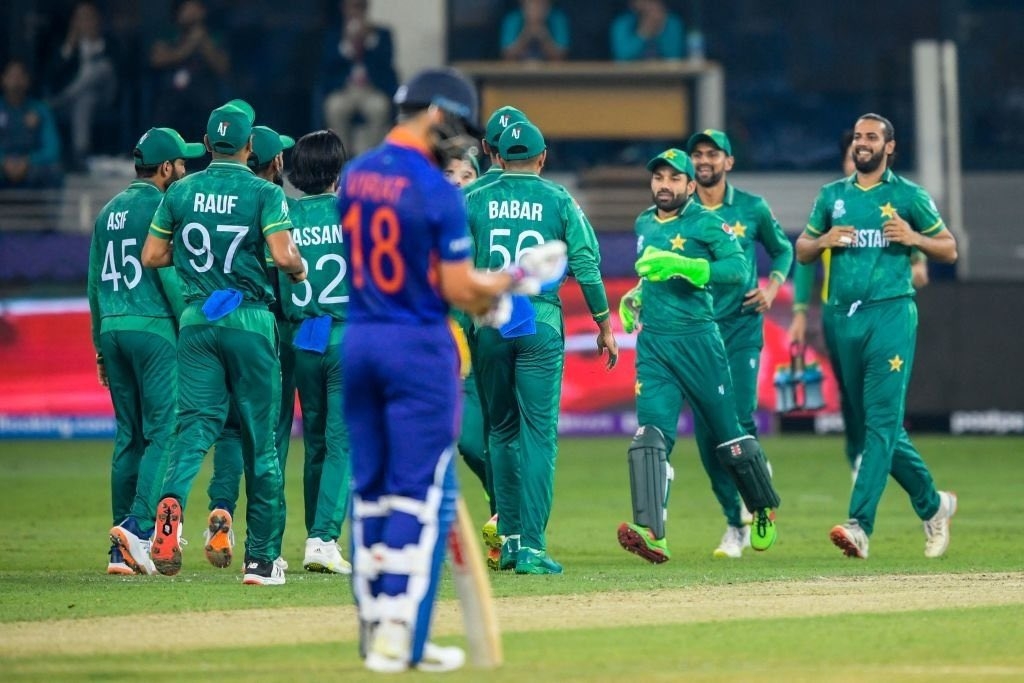 Pakistan beat India for the first time ever in T20 World Cups in the Super 12 stage Group 2 clash in Dubai on Sunday. India posted 151/7 thanks to Virat Kohli’s 57 before Pakistan chased it down with Babar Azam and Mohammad Rizwan adding an unconquered 152-run stand for the opening wicket – the first time for the men in green against their neighbours.

What went wrong for India, though?

Puzzling selection: India left out Ravichandran Ashwin, who had played both the warm-up clashes, and Shardul Thakur out of the XI and went with Varun Chakravarthy as Ravindra Jadeja’s spin partner and Bhuvneshwar Kumar and Mohammed Shami as Jasprit Bumrah’s seam-bowling partners. While Chakravarthy did well in the UAE leg of the IPL 2021, he didn’t have a good warm-up outing against Australia. Moreover, Kumar and Shami haven’t looked in rhythm for some time now. Thakur, on the other hand, seemed to have a happy knack of picking wickets and can contribute with the bat, too.

Afridi’s spell: A Pakistan left-arm pacer running through India’s top order – where have we read this before? Dubai became The Oval, almost. Shaheen Shah Afridi ran amok with the new ball as he first trapped Rohit Sharma plumb for a first-ball duck before cleaning up KL Rahul with another inswinger. Swinging balls haven’t been Indian openers’ best friend and Sharma got a peach that he had no clue to.

Pandya factor: On the eve of the match, Kohli talked up Hardik Pandya’s batting abilities at no.6. He had said that it wouldn’t be easy to replicate Pandya’s abilities as a finisher. However, with India finding themselves at four for 84, Jadeja was sent over Pandya and that move didn’t yield dividends. Jadeja made a run-a-ball 13 and hit only one four in his innings. Pandya, on the other hand, walked out at seven with just over two overs left and couldn’t adapt to Pakistan’s change of pace. He made 11 off eight balls and took a blow to his shoulder, that kept him out of the rest of the game.

Awry lines: Kumar and Shami both began the 151-run defense by attacking the stumps and bowling on the pads of Azam and Rizwan. The Pakistan openers were more than happy to play the flick and collect runs through the on side. In contrast, both Hasan Ali and Haris Rauf changed their pace and maintained the line outside off stump, which India’s batters found hard to score off. Once they got off to a positive start, there was no stopping Pakistan.