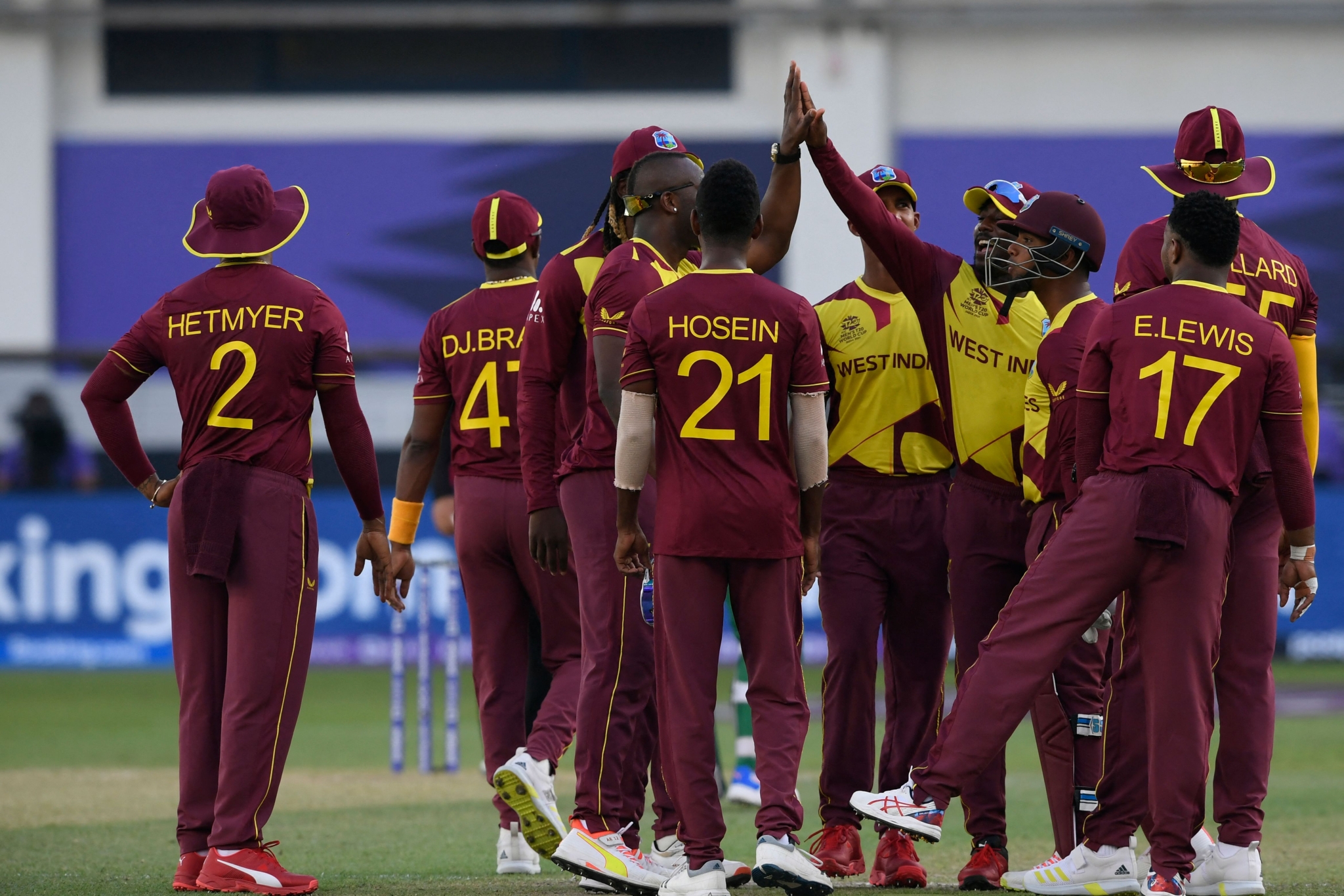 Defending champions West Indies will be desperate to address their batting woes and keep their slim semi-final hopes alive when they take on an inexperienced Sri Lanka in the T20 World Cup in Abu Dhabi on Thursday.

After two back-to-back defeats, West Indies managed to revive their campaign with a scrappy three-run win over Bangladesh. The two-time champions' chances of reaching the semi-finals look very slim but they aren't out of the race just yet.

They not only need to win their last two fixtures to stay in the mix for the semis but also require dominant victories to improve their net run rate, which is the worst in the group.

The wins will not only improve West indies chances but will also hurt fellow contenders Australia's chances of progressing and if South Africa lose against England, who are already through, then all three sides could finish on six points which will bring the net run rate into the equation.

On the other hand, Sri Lanka, who had won the title in 2014, slumped to their third consecutive defeat after a dominant victory in their campaign opener.

With just one match to go in their Super 12 campaign, Sri Lanka can finish on a maximum of four points which will not be enough to help them progress.

The West Indies bowlers sealed the win against Bangladesh with all-rounders Dwayne Bravo, Jason Holder and Andre Russell bowling brilliantly at the death. The bowling unit has shown they are capable of defending decent totals.

Holder, who was added into the squad as a replacement for Obed McCoy, and debutant Roston Chase turned out to be valuable additions.

While Holder had an immediate impact with the ball (1/22) and the bat (15 off 5), Chase (39) anchored the innings as wickets tumbled at the other end.

The West Indies were also guilty of being sloppy in the field against Bangladesh, missing several run-out opportunities and dropping catches and need to improve on that front.

But most importantly, they urgently need to address their batting frailties.

The side, known for its flamboyant style of play, has failed miserably with the bat. Had it not been wicketkeeper batter Nicholas Pooran's quickfire 22 ball 40 they would have lost to Bangladesh as well.

They will need to be better prepared to counter the wily Sri Lankan spin duo of Wanindu Hasaranga and Maheesh Theekshana, who have bamboozled the opposition batters.

For Sri Lanka, the pace trio of Chamika Karunaratne, Dushyant Chameera and Lahiru Kumara looked off-coloured against England. They will look to bowl in the right areas against a wobbly West Indies.

As many as six Sri Lankan batters got good starts against England but failed to capitalise. But opener Kusal Perera can be dangerous while Pathum Nissanka showed he can tonk the ball over the park.

The role of Bhanuka Rajapaksa, who has shown glimpses of his talent, will also be crucial.

Skipper Dasun Shanaka would be expecting rookie Charith Asalanka, who shone in the team's win in the opener, and Avishka Fernando to make key contributions. Playing their last game of the tournament, Sri Lanka will hope to conclude the campaign with a win.