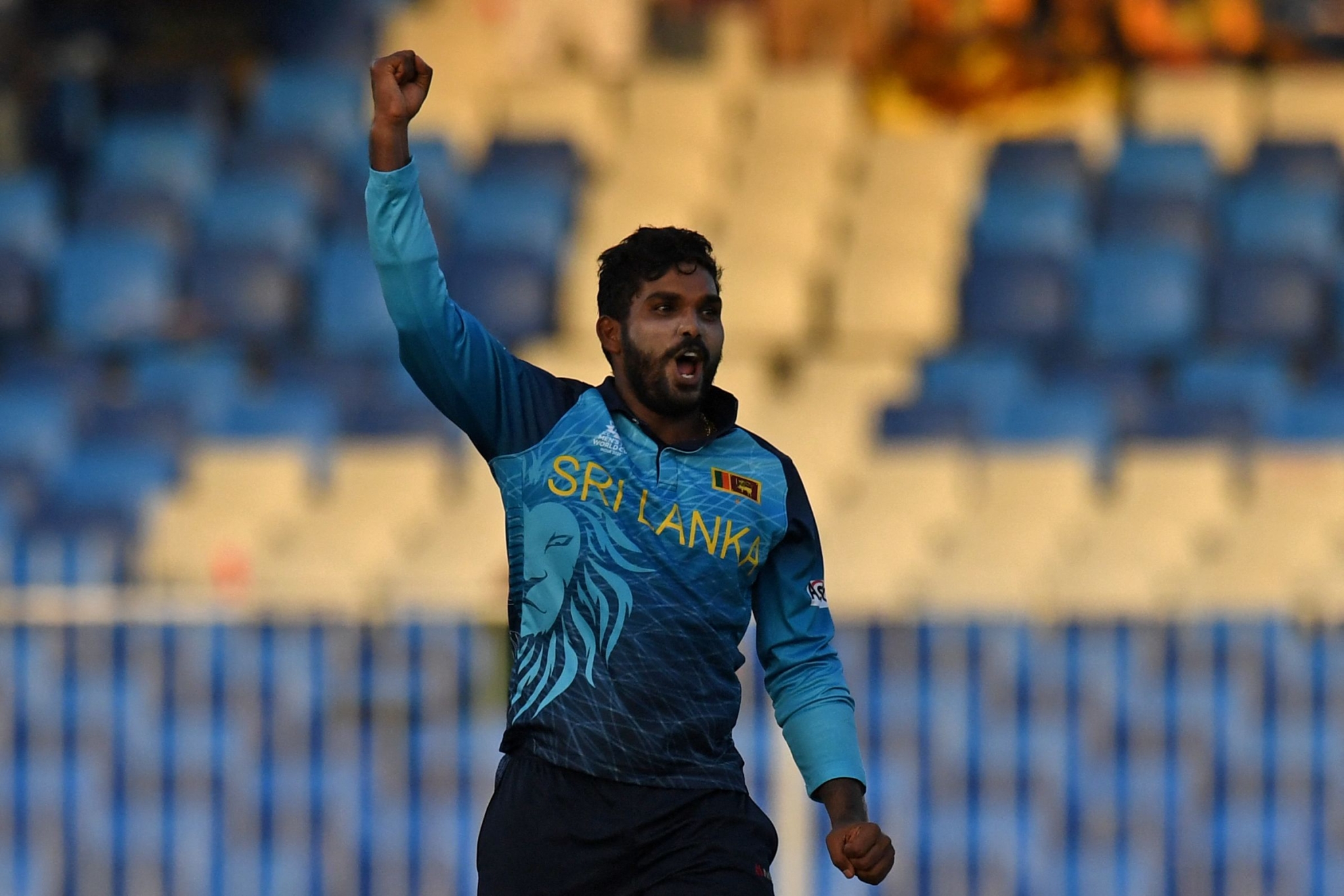 Sri Lanka's Wanindu Hasaranga is elated after picking up a wicket. | Photo: AFP

Wanindu Hasaranga became the fourth from Sri Lanka to pick up a hat-trick in T20Is in their Super 12 match of the T20 World Cup in Sharjah on Saturday. He became only the third - after Brett Lee and Curtis Campher - to do so in the T20 World Cups.

The leg-spinning all-rounder first bamboozled the in-form Aiden Markram off a googly on the last ball of his penultimate over. In the very next over, a half-tracker was pulled towards deep mid-wicket by Temba Bavuma. Pathum Nissanka, stationed there, timed his jump perfectly to end the South African captain's stay in the middle for a run-a-ball 46.

Dwaine Pretorius, facing the hat-trick ball, was perhaps not aware of it. He got a tossed up ball from Hasaranga that he hit straight down Bhanuka Rajapaksa's throat at long on. As easy as it got for the leggie, who ran to celebrate with the whole Sri Lankan team rallying behind him.

On the very next ball, Hasaranga almost got four-in-four when Rabada failed to read the wrong 'un and was hit on the pad. Sri Lanka reviewed the on-field umpire's call that was not out, but found that the ball had pitched outside leg.

Lee had picked the first hat-trick in T20Is in the T20 World Cup 2007 against Bangladesh. Ireland's Campher picked up four wickets in four balls against Netherlands in the first round of the competition this year.

Lasith Malinga (twice), Thisara Perera and Akila Dananjaya are the other from Sri Lanka to have picked up a T20I hat-trick. What's worth noting is that Hasaranga picked up a hat-trick against Zimbabwe on his ODI debut as well.