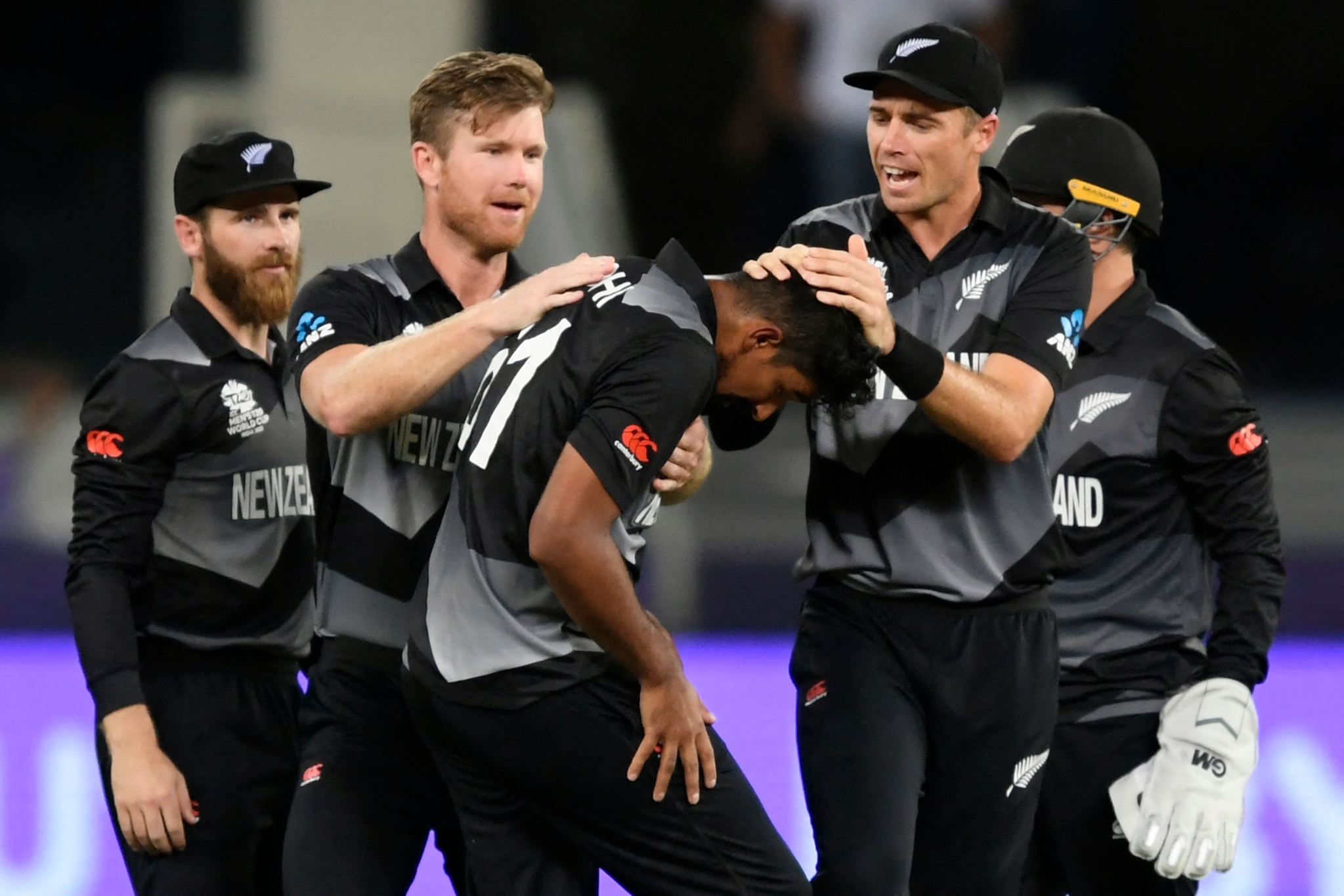 Put in to bat, Indian openers KL Rahul and Ishan Kishan, picked after Suryakumar Yadav was ruled out due to back spasms, began sedately and struggled with their timing. Rahul first hit a four over a leaping mid-on before Ishan Kishan hammered one through the same region. However, Boult had the last laugh as Kishan's (four) flick found deep backward square leg.

Rohit Sharma, pushed to number three only for the third time in his T20I career, was dropped on the very first ball. Adam Milne, who was brought in for Tim Seifert was the culprit. His first over then cost 15, with Rahul beginning with a four and Sharma finishing it with a four and a six.

However, the experienced Tim Southee bowled a slower bouncer, which Rahul (18) pulled straight to the deep square leg fielder. Spin twins Sodhi and Mitchell Santner then stifled both Sharma and Virat Kohli, before Sharma holed out to long on.

Lack of momentum then forced Kohli to play an uncharacteristic hoick straight to Boult at long-on to depart for nine off 17 balls. It seemed the writing was on the wall as even Rishabh Pant and Hardik Pant struggled to find the boundary. In fact, India failed to hit a single boundary after the powerplay till over number 17 - the first time it has happened in this T20 World Cup.

However, some late blows from Ravindra Jadeja (26 not out off 19) helped India cross the 100-run mark.