T20 World Cup: 'The next edition is just a year away' - Twitterati reacts to India's loss to New Zealand 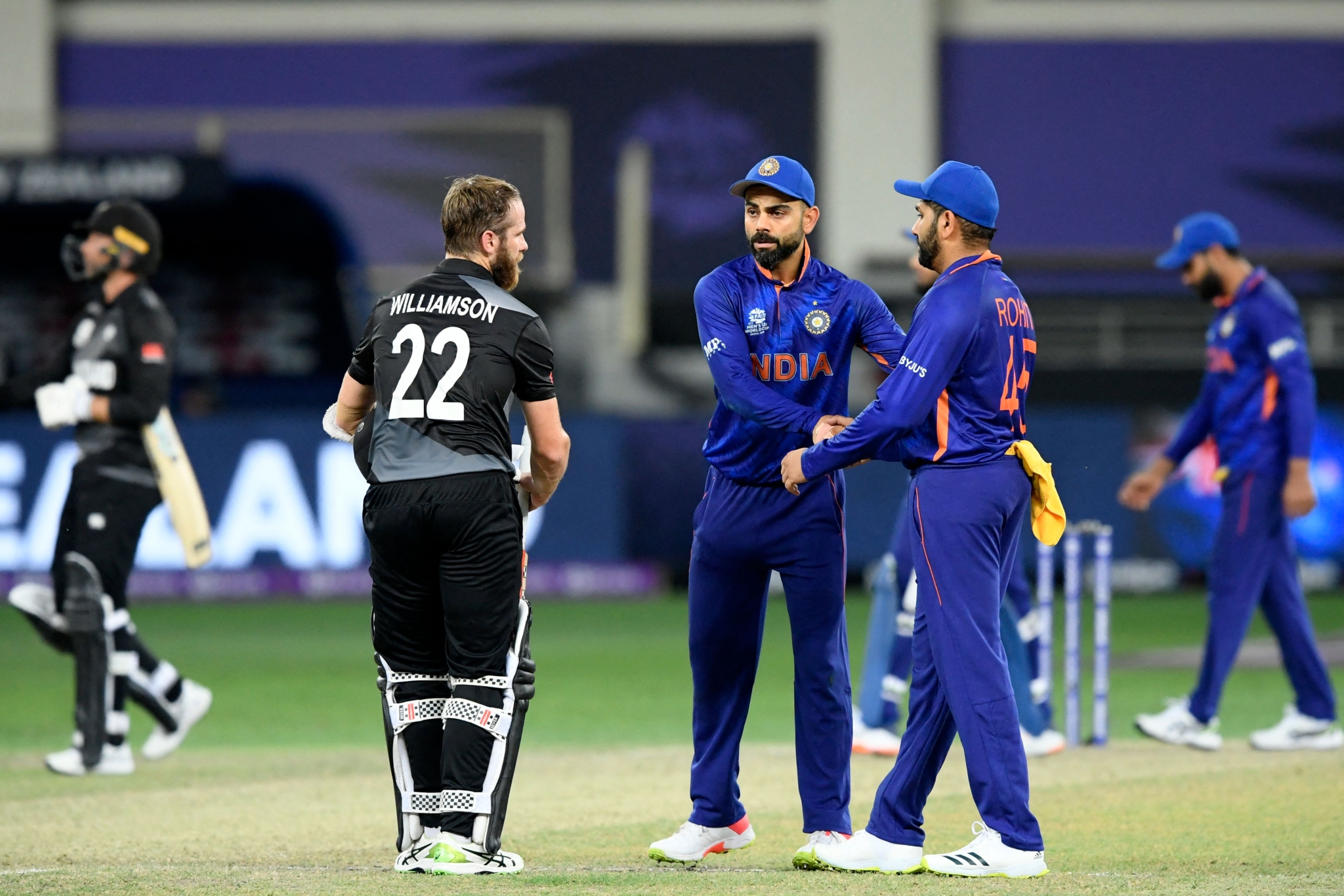 India's T20 World Cup campaign hangs in the balance after their loss to New Zealand in the Super 12 game in Dubai on Sunday. The Black Caps continued their dominance over the men in blue in T20 World Cup, thanks to an eight-wicket win.

Captain Virat Kohli's luck with the toss means that India have ended up batting first on both occasions at a venue which is favourable for chasing.

This is the first Men's T20 World Cup where India lost more than one match while batting first.

India is lucky that their next game is against Afghanistan who prefers to bat first anyways. That way India will get to bowl first.

Otherwise, the way they have batted so far, facing Mujeeb and Rashid in the first innings would be too tricky.

Wasim Jaffer, former India batter, was all of us when he tweeted:

Very disappointing from India. NZ were amazing. India’s body language wasn’t great, poor shot selection & like few times in the past, New Zealand have virtually ensured we won’t make it to the next stage. This one will hurt India & time for some serious introspection #IndvsNZ

Former England captain Michael Vaughan had his own theory.

Although India are not yet officially out of the reckoning for the semi-final spot, some have resigned to the fate.

Just to cheer you all up: