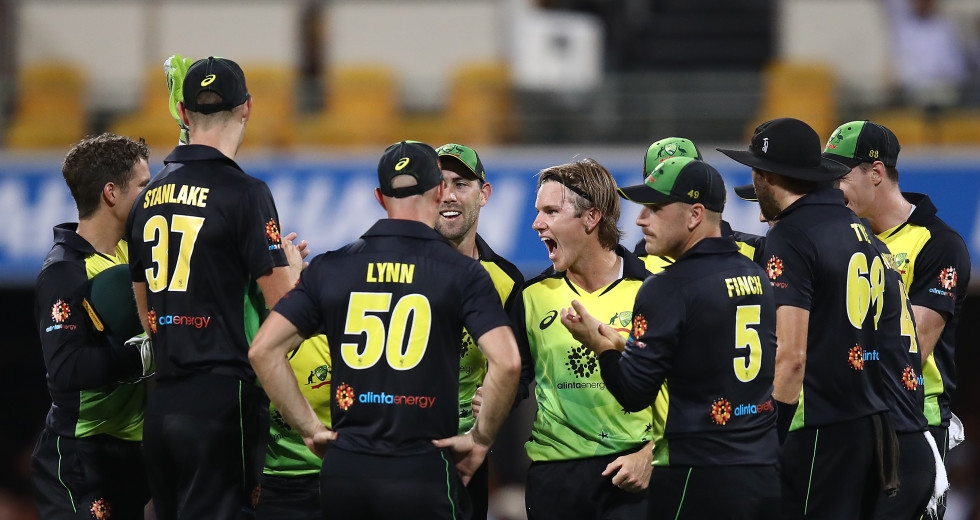 Australia will hope their lacklustre top order can fire from the word go when they open their T20 World Cup campaign against an under-the-radar South African side, playing without the usual burden of pressure, in a Super 12 Group 1 match in Abu Dhabi on Saturday.

Australia, who are searching for their maiden T20 title, enter the tournament on the back of a horrific run, losing bilateral series to Bangladesh, West Indies, New Zealand, India and England. Many first-choice team members skipped the recent white-ball tours, during which Australia managed just five wins and lost 13 matches. Hence most of their players have had scant preparation.

David Warner's form is a huge concern but the team is adamant the opener will turn things around. His IPL form was woeful, he was dropped from the team for the second time this year after scores of 0 and 2 last month. His troubled run continued in the two warm-up games where he scored 0 and 1.

Skipper Aaron Finch, who is coming off a knee surgery, is also short of match practice as is vice-captain Pat Cummins who hasn't played any cricket since the IPL's first leg in April. He even arrived to the UAE later than the others.

The other area of concern is the team's general struggles against spin bowling. They have a solid middle order comprising the likes of Steve Smith, and all-rounders Marcus Stoinis, the in-form Glenn Maxwell, and Mitchell Marsh, who can up the ante at any given point and are proven match-winners.

Australia have great bowling depth which leads to a selection conundrum. Spinners Ashton Agar and Adam Zampa are likely to play a key role in the spin-friendly UAE tracks leaving limited spots for the array of pacers including the likes of Cummins, Mitchell Starc, Kane Richardson, and Josh Hazlewood.

South Africa, on the other hand, will enter the clash high on spirits and in-form, having emerged victorious in three consecutive series against defending champions West Indies, Ireland and Sri Lanka and both the practice games. Having gone through a revival, the squad doesn't boast of superstars like the previous Proteas sides and hence expectations to win the tournament are low, removing the massive burden of pressure that usually casts a shadow on the team in every ICC tournament.

South Africa have lot of openers stacked on top (Temba Bavuma, Quinton de Kock, Aiden Markram and Reeza Hendricks) and when they don't perform the going gets tough for them. The shallow middle order and lack of solid finishers don't really help the case. Power-hitter David Miller's form is a big concern.

The Proteas, however, have a potent bowling attack, with Kagiso Rabada, Lungi Ngidi and Anrich Nortje taking care of the pace front, while Tabraiz Shamsi and Keshav Maharaj spearhead the spin department. Dwaine Pretorius and Wiaan Mulder are their seam-bowling all-rounders.

World No.1 Shamsi, South Africa's star performer, has the ability to control the game. He has been perfecting his variations and is the leading T20I wicket-taker this year. He will be key for the Proteas.