Stephen Fleming, who coached CSK to their fourth IPL title, is with the New Zealand squad for some days before heading back
FPJ Web Desk 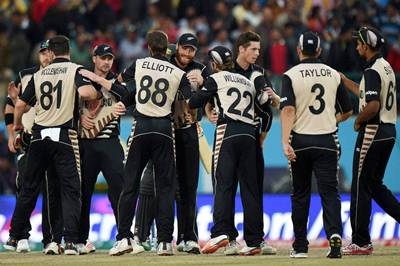 Former New Zealand skipper Stephen Fleming feels the current Kiwi squad has a lot of talent and the team needs to get the right balance in the T20 World Cup. The Chennai Super Kings head coach on Saturday joined the Kiwis camp ahead of the start of the showpiece event.

New Zealand start their T20 World Cup 2021 campaign against Pakistan in their Super 12s match at the Sharjah Cricket Stadium on October 26 and play India three days later at the Dubai International Stadium.

"It's a good squad, there is a lot of talent. We've never had as much talent as this within New Zealand Cricket, so getting the right balance and the way you want to play the game is very important. The skill set and what these guys put out, and entertain us with, is very high," said Fleming in an interview with New Zealand Cricket media.

"Coming to grips with these conditions will be the challenge in warm up games... is going to be very important, and there's a couple of key games first up so dealing with pressure and starting the tournament well is a priority," he added.

New Zealand are still searching for their first title in the shortest format, having previously reached the semi-final stages in the inaugural tournament in 2007 and again in 2016.

Fleming said he is very proud to get back into New Zealand kit.

"There's a little bit of time before my MIQ spot and it's just a great opportunity. We've talked for a while about sharing ideas and coming into the camp and watching these players who I'm a big fan of. I'm very lucky to have that opportunity," said Fleming "I'm doing five days now pre-World Cup and talk about the conditions in Dubai and Abu Dhabi which we've been playing in, and also cast an eye over and get some ideas back from him [New Zealand coach Stead]. I'm very proud to get the Black Caps kit back on as well," he added.

Apart from former champions India and Pakistan, New Zealand also have to contend with Afghanistan and two qualifiers from Round 1 in Group 2 of the Super 12 stage.

Australia, England, South Africa and the West Indies along with two qualifiers from Group 1.The ICC men's T20 World Cup 2021 in UAE and Oman will get underway on Sunday, with the final to be played in Dubai on November 14.

Bangladesh will be in action on the opening day against Scotland, but it all kicks off with hosts Oman taking on debutants Papua New Guinea at the Al Amerat Cricket Stadium.