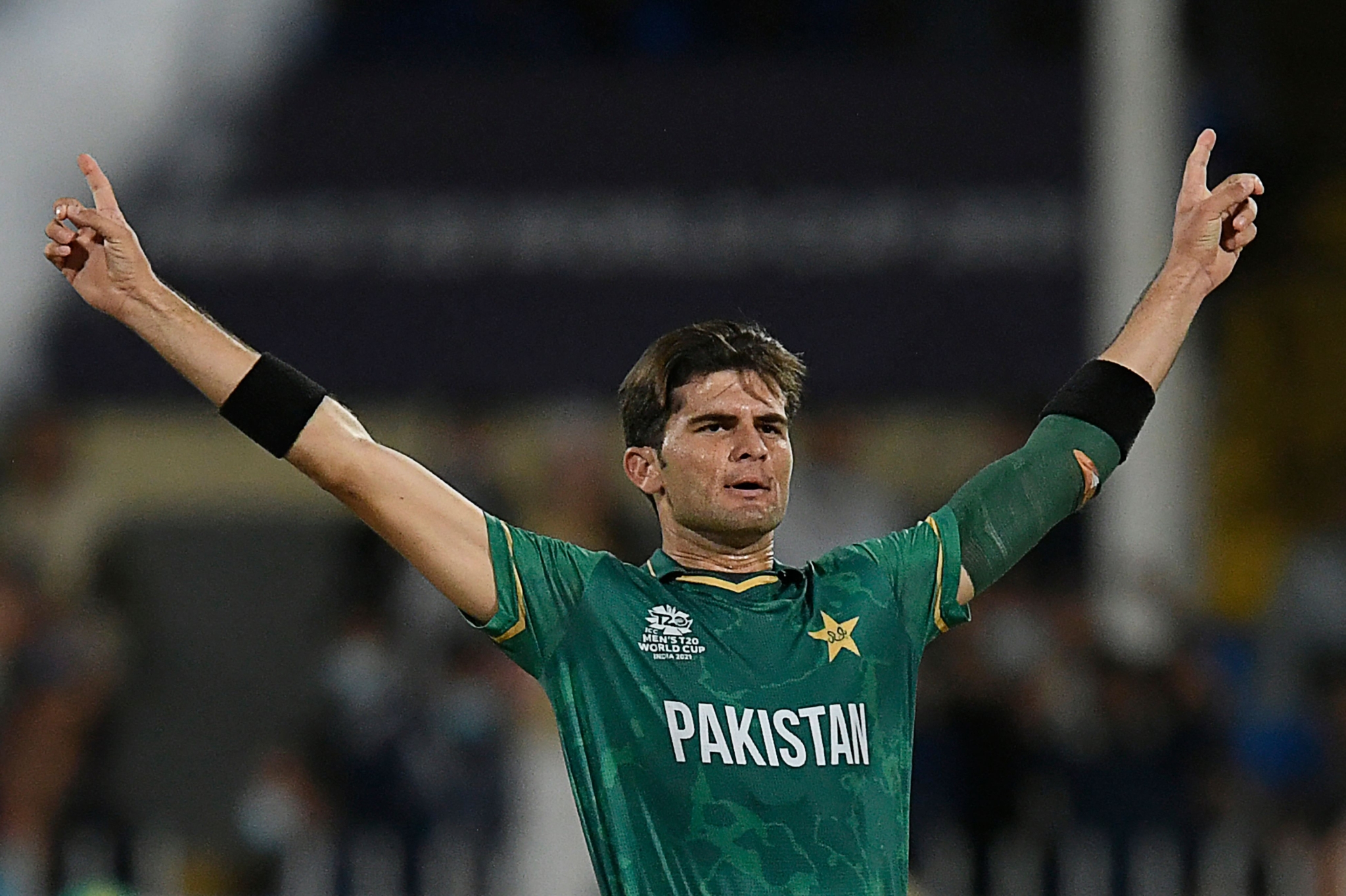 Pakistan batting consultant Matthew Hayden on Wednesday said that having 'high pace' is the biggest quality of left-arm seamer Shaheen Shah Afridi. Pakistan and Australia will be locking horns against each other in the second semi-final of the ongoing ICC Men's T20 World Cup on Thursday at the Dubai International Stadium.

"Quality pace is most certainly part of Shaheen Shah Afridi's arsenal and the white-ball does not swing for a long time in T20 cricket, in particular, it seems to be a number of balls, not a number of overs. Those number of balls can be destructive as we saw in his delivery against KL Rahul, one of the best balls I have seen ever apart from last two-three months observing cricket you know in this country," said Hayden during the pre-match press conference.

"He has got that ability like every good strike bowler to be able to commit to a wonderful pace which means his preparation, recovery, and just the ability, in general, to be delivering fast deliveries day in and day out. Vernon Philander has also done well in preparing him for that. It has meant that he remains consistent in international cricket," he added.

Hayden also said that the challenge would be to keep Shaheen Shah Afridi fresh as he can get mentally drained if he keeps on playing every cricket match.

"The challenge for every fast bowler is the cricket program. Unfortunately, there is so much cricket. There is a risk of over-bowling and just burnout in general. It will be careful management for Pakistan to manage an asset like Babar Azam, Mohammad Rizwan, Fakhar Zaman, and Shaheen. Guys that are playing day in and day out, need to be carefully monitored and secured as assets for tournaments," said the batting consultant.

In the Group 2 of the Super 12 stage, Pakistan won all five matches and the Babar Azam-led side topped the Group. Pakistan even managed to get better of arch-rival India and it was the first time that the Green Shirts got better of the Men in Blue in World Cup.

"Yes, this is an extremely important tournament for Pakistan as it is for other nations. We face Australia tomorrow, a country that has been extremely proud to set high standards in terms of delivering trophies for the country in World Cups. T20 World Cup is one which Australia has not won, plenty of high-stake matches ahead of us now. From Pakistan's cricket point of view, I feel as a nation that loves cricket as much it does, it is never more important, the awareness is heightened that we have players here who are ready to go all the way in the tournament. Very important for Pakistan cricket," said Hayden.

"It is a great pleasure to be on the eve of a semi-final of the T20 World Cup. A very big tournament that is significant for every country, especially the four-member nations who have earned their way into the semi-finals. Lots of hard work has gone on in the last month. From Pakistan cricket's point of view, we are extremely excited to come into the tournament with terrific momentum, fantastic energy, and great optimism as well," he added.