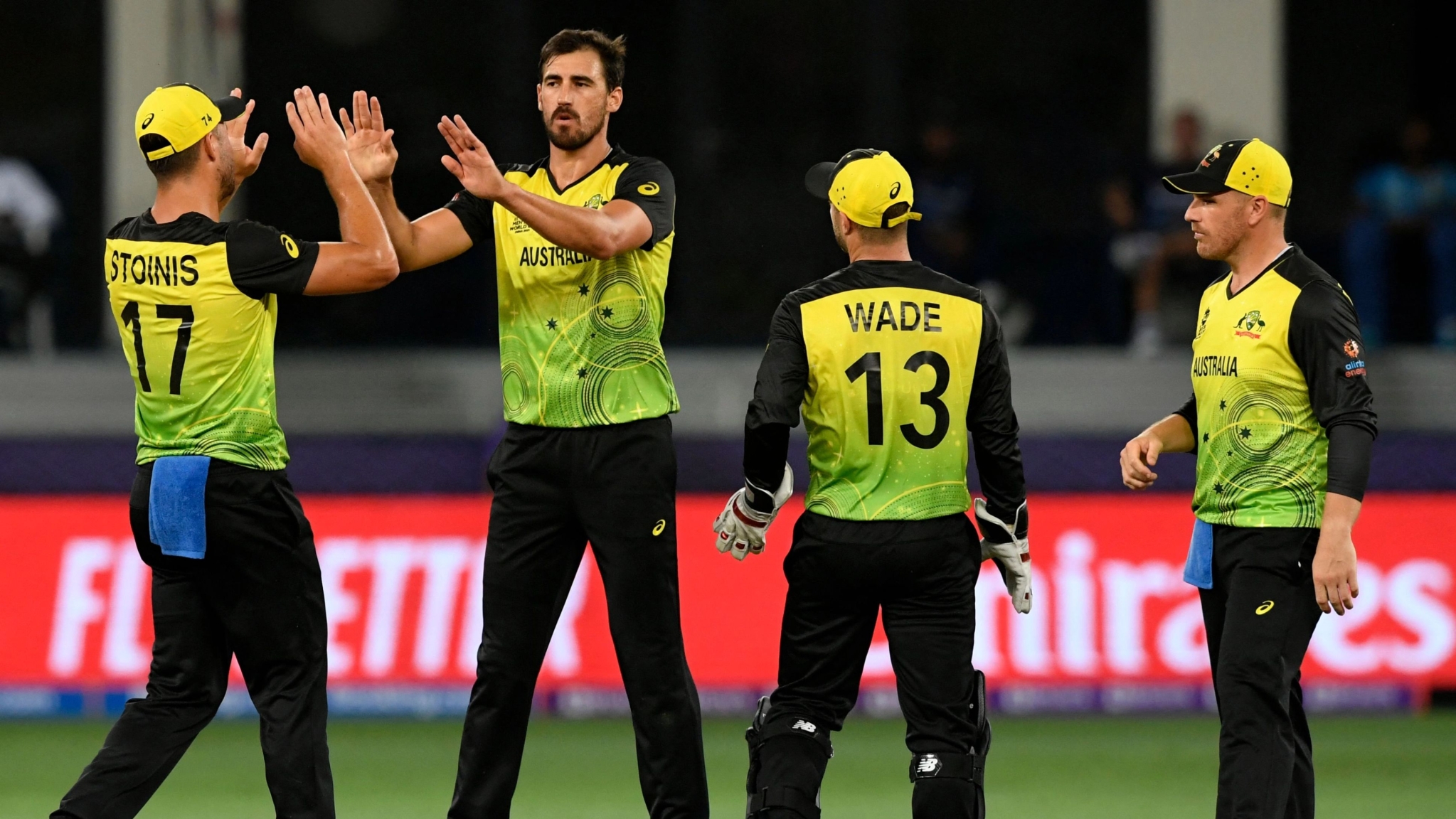 Australia would be aiming for a much improved batting effort after being hammered in their previous game when they take on the already eliminated Bangladesh in the T20 World Cup in Dubai on Thursday.

With four losses in as many games, Bangladesh are out of the tournament but Australia remain very much in the semifinals race after two wins in three games.

The Aaron Finch-led side was looking a formidable unit until England blew the arch-rivals away, exposing their vulnerabilities.

Finch got runs against England but the top-order has been inconsistent and he and David Warner will be looking to give the team a flying start. Questions were raised when left-arm spinner Ashton Agar replaced Mitchell Marsh in the playing eleven against England. It remains to be seen if the team sticks to the same combination.

Glenn Maxwell has also not set the tournament on fire yet and the team will be relying on him, Marcus Stoinis and Matthew Wade to provide a bagful of runs in the last five overs.

Australia's high profile pace attack comprising Pat Cummins, Josh Hazlewood and Mitchell Starc was put to sword by Jos Buttler but they will be expected to return to their efficient ways against Bangladesh.

Australia, albeit a depleted squad, lost a T20 series in Bangladesh earlier this year and they will also be looking to settle scores for that.

Asked about the defeat in Bangladesh, Agar said the conditions were very different there. They have also put the loss to England behind them as they look to win their remaining two games.

"We have a very different looking side (to the one played in Bangladesh), and the wickets certainly aren't playing like those pitches that we played on over there."

"We'll see what happens, I guess. We'll go out there and we'll try and put our best foot forward. We need to win, and the guys are really excited to play and really want to win, as well. It should be a good game," said Agar in the pre-match conference.

Bangladesh will have to play out of their skins against Australia for a consolation. Their batting has let them down throughout the tournament and they can only go up from the 84 all out against South Africa.

The absence of injured all-rounder Shakib Al Hasan has also disturbed the balance of the side.

Against South Africa, only opener Liton Das and down the order Mahedi Hasan put up a semblance of fight with the bat.

"We haven't played according to our potential. We are better than this," pacer Taskin Ahmed said about his team after its ouster.

"We lost games that we were supposed to win. Maybe we are not as good as other T20 sides, but even then we didn't play up to our potential. I think we could have played better than this," he opined.

Having called the batting effort against South Africa poor, skipper Mahmudullah would be hoping to end the campaign on a high.