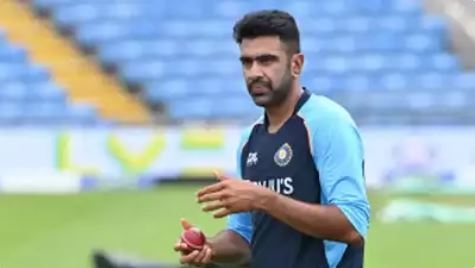 India have lost their matches against Pakistan and New Zealand in the ongoing T20 World Cup and are on the brink of an early exit. They will need to beat Afghanistan, Namibia and Scotland and then hope both the Kiwis and the Afghans lose at least one of their remaining games, in order to qualify for the semi-finals.

In both the matches, India's bowling attack comprised three seamers and two spinners. While Bhuvneshwar Kumar and Shardul Thakur played one game each, both Jasprit Bumrah and Mohammed Shami in the seam department and Varun Chakravarthy and Ravindra Jadeja as spinners have been a constant.

Experienced spinner Ravichandran Ashwin has continued to be sidelined and the twitterverse didn't fail to notice it, especially after India's second failure. Ashwin returned to the T20I squad after a long time, with Washington Sundar ruled out due to injury.

Is it more than just cricket?

I just don’t understand how Kohli’s prickly relationship with Ashwin is allowed to keep him out of Indian teams? Do you think Captains should be allowed such autonomy?

Ashwin was precisely selected in the team for taking Halloween pics of this team by Kohli. pic.twitter.com/Mli3h4STD5

Not playing @ashwinravi99 is clearly not for cricketing reasons. He is India's best spin bowler by some distance. There must be a reason to pick him after ages in the T20 team and then not play him and that reason for me is not related to cricket. https://t.co/iqzJamPls4

Ashwin's performances in the warm-up games didn't go all that unnoticed.

In both the warm-up matches that India played, Ravichandran Ashwin had the best figures.