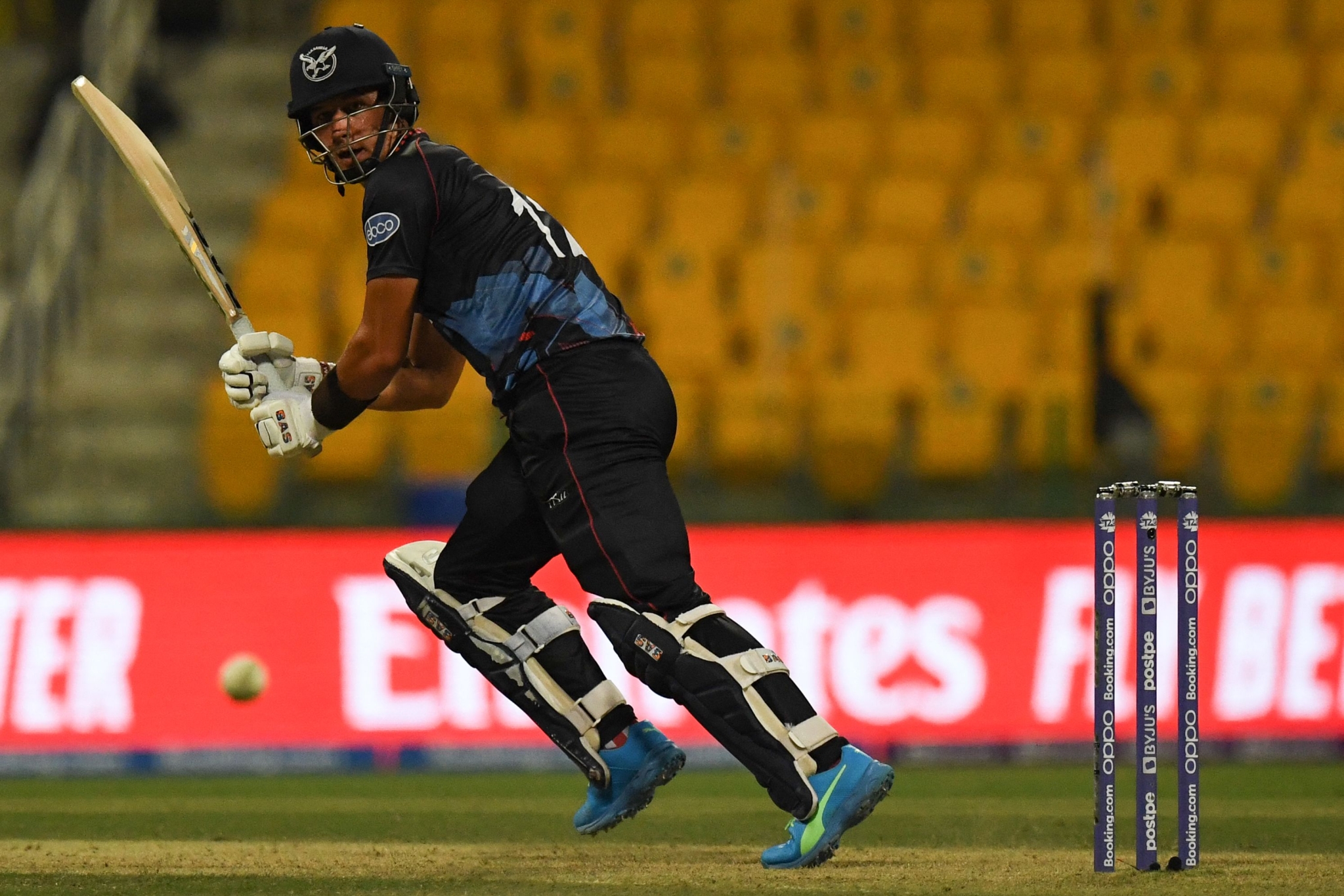 JJ Smit in action for Namibia in the T20 World Cup. | Photo: AFP

JJ Smit's 32 not out off 23 balls after Ruben Trumpelmann and Jan Frylinck's spells with the ball helped Namibia register their first Super 12 win in T20 World Cup, against Scotland on Wednesday in Abu Dhabi.

Chasing 110, Namibia had a slow start with 26 runs coming in the first five overs. In the final over of powerplay, they lost Michael van Lingen, who top-edged a pull to cover off Safyaan Sharif. Four overs later, Namibia lost their second wicket as Zane Green holed out to long off off Chris Greaves.

Two overs later, Michael Leask triggered a classic off-spinner dismissal while going through Gerhard Erasmus' stumps. In the very next over, Craig Williams was stumped by Mark Watt while coming down the pitch for a flick.

Smit and David Wiese put on a stand of 35 runs off 31 balls to take Namibia closer to the target. But Leask took out Wiese with an outside edge flying to short third man in the 18th over to keep Scotland in the hunt. It didn't deter Smit as he drove for a boundary off Wheal in the penultimate over before finishing off the match in style, smashing a six over point to seal a tight win for Namibia with five balls remaining.

Scotland's misery continued as Wiese struck in the final over of powerplay, trapping Craig Wallace in front of the stumps. Leask (44 of 27 balls) led the recovery route, setting a 39-run stand off 34 balls with Matthew Cross (19) followed by Chris Greaves (25) taking Scotland past the 100-run mark.

Though Greaves fell on the final over of the innings, he did the job for his side in getting to three-figures.