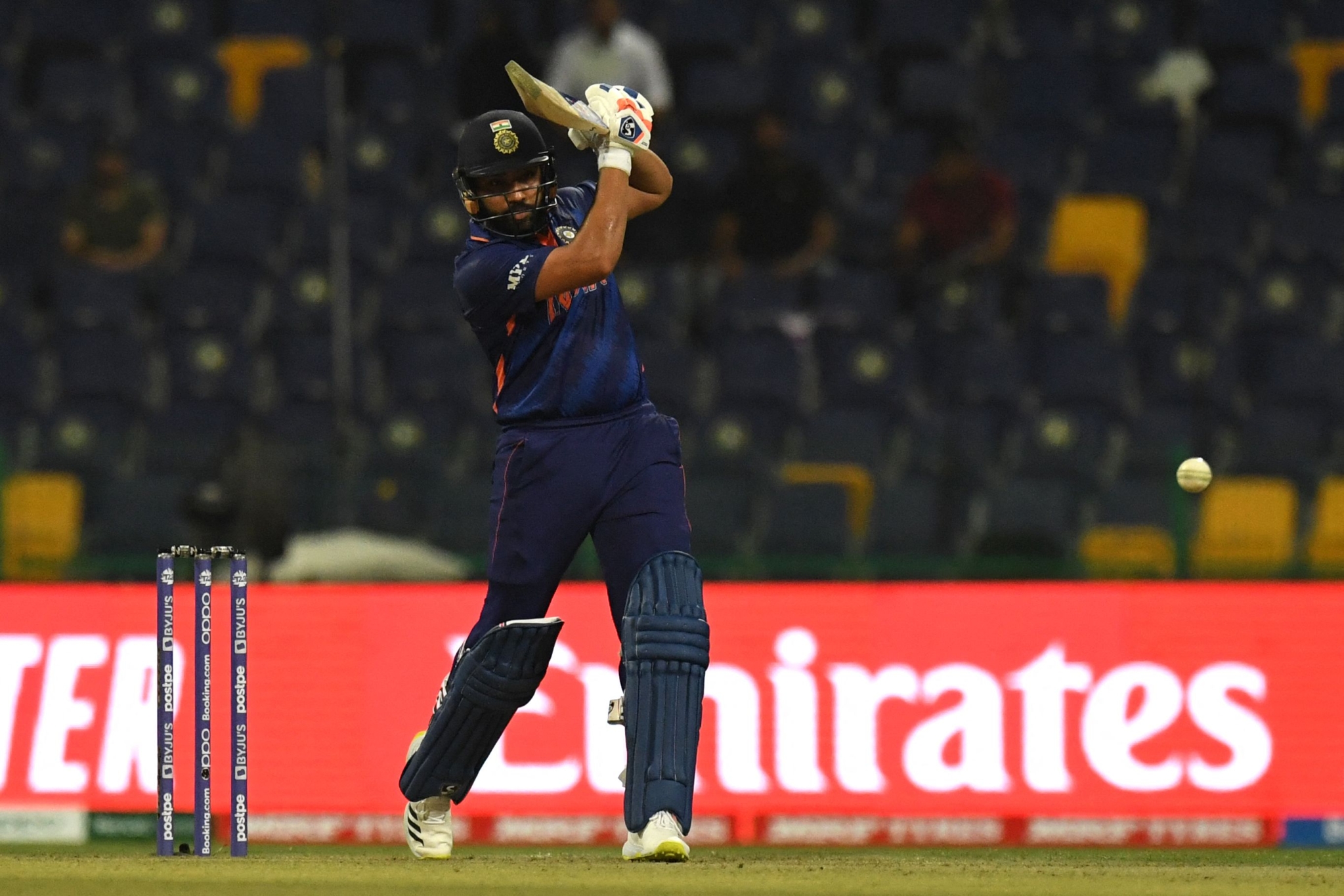 Rohit Sharma became the third man to score over 3000 T20I runs in India's last Super 12 game against Namibia in the Men's T20 World Cup in Dubai on Monday. He is the second Indian to do so after captain Virat Kohli.

Sharma needed 18 runs to get to the mark and did so when he hit Rubel Trumpelmann for a four in his second over. India were chasing 133 set by Namibia.

Martin Guptill got to the 3000 club in this tournament against Scotland. He now has 3115 runs. Kohli, on the other hand, became the first man to achieve the feat earlier this year against England.

Sharma has played 116 T20Is so far, the most among the top three run-getters. New Zealand's Suzie Bates and West Indies' Stafanie Taylor were the first two ever to score 3000 T20I runs.