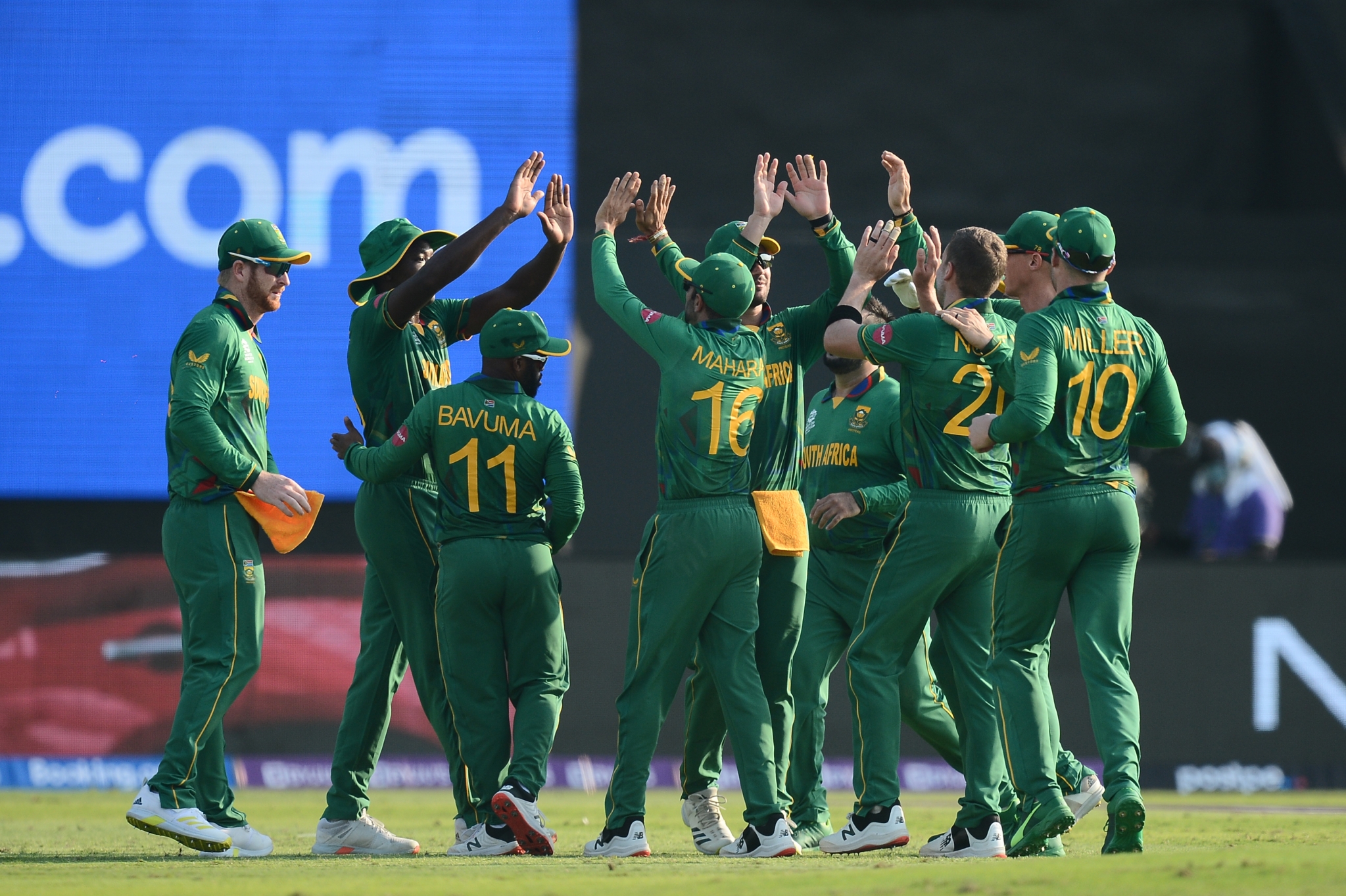 South Africa are overjoyed after picking up a wicket. | Photo: Twitter

High on confidence after two consecutive victories, a rejuvenated South Africa will now look to strengthen their semi-final hopes when they meet a struggling Bangladesh in a Group 1 Super 12 match of the T20 World Cup here on Tuesday.

South Africa have emerged as strong contenders to qualify for the semifinals after the wins over West Indies and Sri Lanka. They sit second in the group, ahead of Australia on net run rate (both teams have 4 points). Bangladesh, on the other hand, have failed to win a single Super 12 game in their three outings so far. Their hopes of advancing to the semi-finals are all but over after the narrow three-run loss to West Indies last week.

Going ahead they will be battling it out for a consolation win and upsetting the equations for other sides.

South Africa ticked most of their boxes in the four-wicket victory against Sri Lanka. The potent bowling unit, that covers all bases including good spin options and world class pacers, executed their plans well, putting pressure on the opposition.

The top-ranked T20I bowler Tabraiz Shamsi showed why he is so highly rated, while the likes of Anrich Nortje and Dwaine Pretorius have also delivered.

The Proteas were then able to stitch a solid partnership between skipper Temba Bavuma and the in-form Aiden Markram.

And finally, the big-hitting David Miller found his mojo back at the right time as he smashed a 13-ball 23 runs, including two massive sixes in the last over to steer his side to victory.

With the controversy surrounding wicketkeeper batter Quinton de Kock refusing to take the knee in support of the Black Lives Movement tucked firmly behind them, the Proteas will be eager to take on the struggling Bangladesh.

Meanwhile, the down and out Bangla Tigers will not only have to regroup soon but will also have to play the remainder of the tournament without their star all-rounder Shakib Al Hasan, who has been ruled out due to a hamstring injury.

The manner of the loss to West Indies will hurt the Mahmudullah-led side. Inconsistencies continue to mar their tournament. Their batters have failed to fire in unison, their bowlers have also lacked discipline and the fielding had been sloppy.

They will have to improve on all three fronts to have a shot at winning.