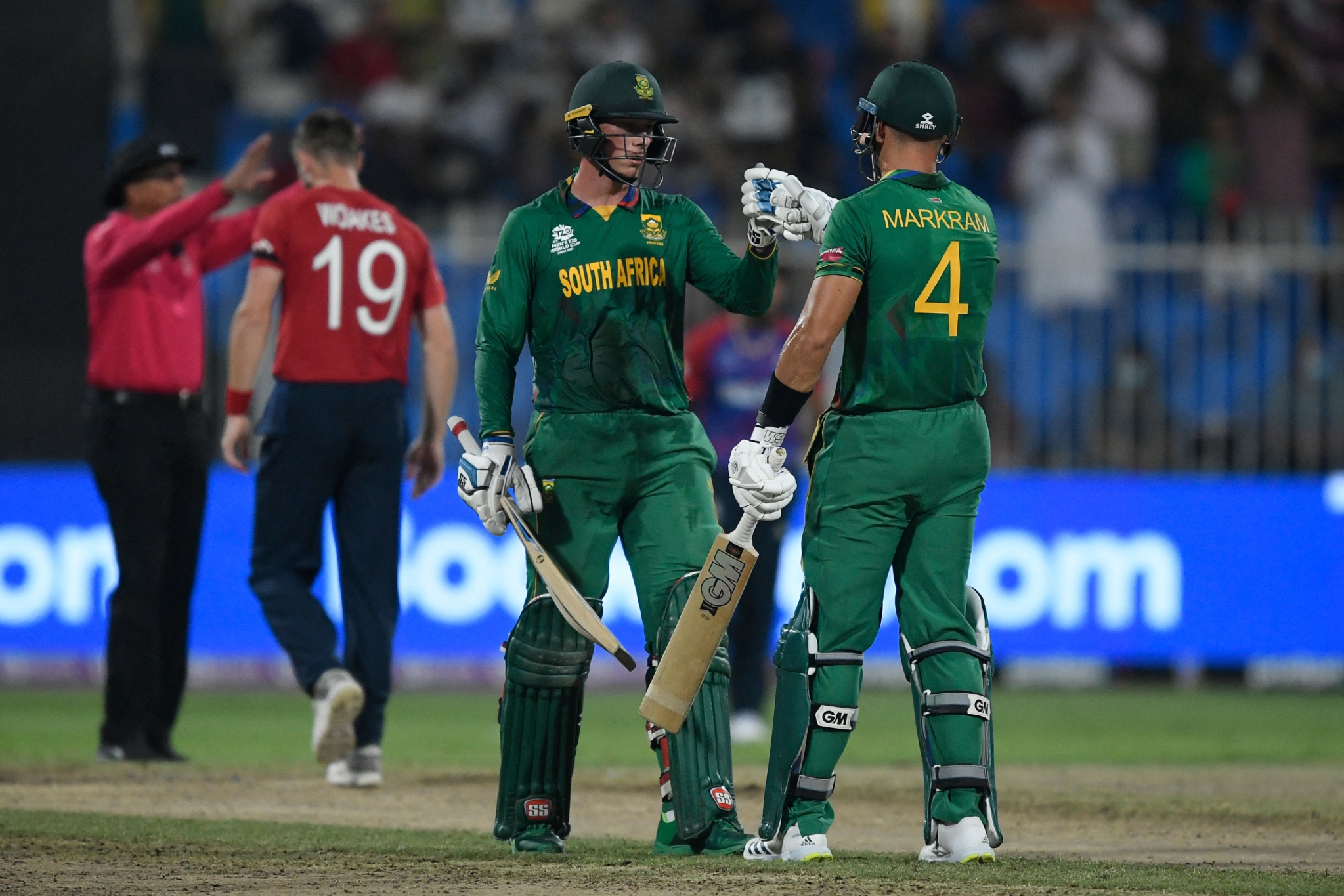 An unconquered 103-run partnership between Rassie van der Dussen and Aiden Markram helped South Africa post 189 for two against England in their Super 12 match in Sharjah on Saturday. Van der Dussen finished unbeaten on 94 off just 60 balls while Markram was 52 not out off just 25 balls.

The Proteas added 116 runs from the back-10, thanks to fireworks from van der Dussen and Markram.

South Africa now need to restrict England to 131 runs to qualify for the semifinals.

South Africa needed a big win to push up their net run rate, but they made a slow start and on top of that, they lost their opener Reeza Hendricks (2), cleaned up by Moeen Ali in the third over.

The Proteas did not go hammer and tongs in the powerplay, by the end of which they were just 40 for 1. One-down van der Dussen was intent on taking the England bowlers and he was able to hit Chris Woakes for a six and a four in the sixth over.

Quinton de Kock (34) and van der Dussen were able to get the odd boundaries and South Africa reached to 73 for one at the halfway mark.

But just as the duo was looking ominous, England broke the partnership of 71 runs for the second wicket with Jason Roy taking an excellent diving catch of de Kock near the boundary of the bowling of Adil Rashid in the 12th over.

Van der Dussen was going great guns and he reached his 50 off 37 balls in the 13th over, before creaming Mark Wood for a six in the 13th over to raise South Africa's 100.

South Africa were 118 for two at the end of the 15th over and form there on the fireworks started. Van der Dussen hit Woakes for two consecutive sixes and Markram got another maximum from the bowler as South Africa took 21 runs from the 16th over.

The Proteas scored 39 runs from the final three overs, out of which 16 came from the last over.

For England, Moeen Ali and Adil Rashid took a wicket each.