T20 World Cup Prediction: Who will be the champions? The Super 12 stage of the Men's T20 World Cup will begin from Saturday, when the 'big boys' of world cricket begin their campaigns. But as with any world tournament, the raging question is - who will win the T20 World Cup?

We asked our in-house sports buffs and here's what they have to say: 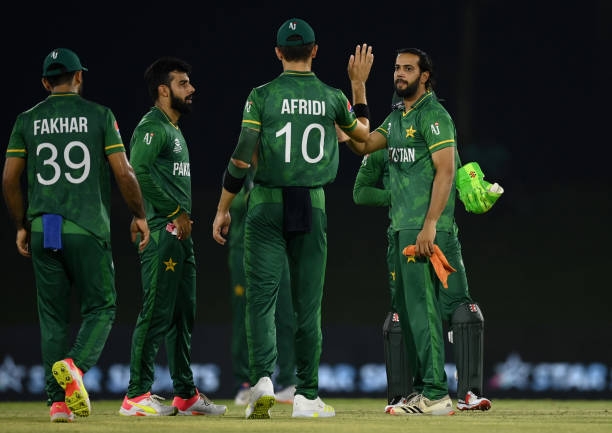 Pakistan can be the surprise package

India are being hailed as favourites to win the ICC T20 World Cup but I’m inclined to pick Pakistan as title-winners. The thing to consider here is the length of the bio-bubble that Indian players, and cricketers from other nations who participated in the Indian Premier League, have been subjected to of late.

Pakistan, on the other hand, have a point to prove after New Zealand humiliated them by pulling out of a short bilateral series in Pakistan, hours before the first match was to start. The fact that England also didn’t travel to Pakistan would just be the kind of impetus that Babar Azam’s side needs to prove to the world that they cannot be taken for granted.

Players to watch: Pakistan’s greatest strength is their unpredictability, and Babar Azam and Mohammad Rizwan are the players to watch out for.

If T20 cricket is a lottery, I don’t mind taking a bet on Pakistan this time around. 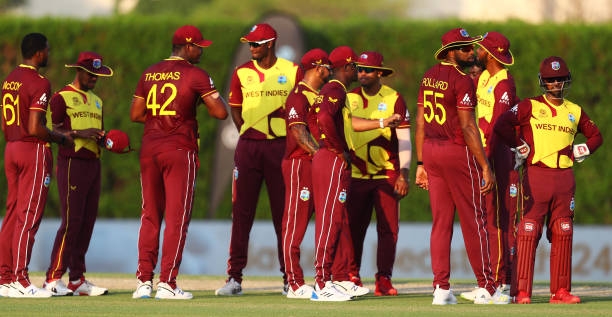 West Indies should add a third title to their kitty

West Indies with a mixture of both old and young look a formidable side and should retain their title. The two-time champions will look forward to becoming the first team to win three World Cup titles.

The side is led by all-rounder Kieron Pollard at the mega event. The squad has a perfect blend of youth and experience. Players like Chris Gayle and Dwayne Bravo, who played in the first T20 World Cup back in 2007, will be representing the West Indies team at the mega event in the UAE this year.

The new crop of bowlers like Oshane Thomas, spinner Hayden Walsh Jr make theirs a good attack, besides the other seasoned campaigners.

Batting is their main strength and with Chris Gayle still in the team, they look a side that can turn the tables on any team.

Darren Bravo, Evin Lewis, Andre Russell and Dwayne Bravo to name a few have demoralised many bowlers all over the globe with their hitting.

Players to watch: Russell can turn the match on its head with his power-hitting, Roston Chase has been brought in on the back of a superb CPL form. So they are the players to watch out for.

West Indies: The dancing men who hit sixes at will

Which team can match the West Indies in flair and abandon? Trust them to shake a leg, pick a bat, and send length-deliveries into the orbit. That’s what makes the West Indies so likeable and dangerous: they can clear big grounds at will. A certain Ben Stokes should vouch. Need 19 off six balls to win the 2016 T20I World Cup final against England? Carlos Brathwaite does the job with four consecutive sixes. Ridiculous? Not for the West Indies.

Somehow, the West Indies aren’t being seen as a force to reckon with. That’s because of the sluggish wickets in the UAE and the fact that spinners will come into play prominently. Having been in the UAE for the IPL, the likes of Andre Russell, Kieron Pollard, Dwayne Bravo, Shimron Hetmyer and Chris Gayle know a thing or two on how to counter these conditions.

In Bravo and Russell, they’ve two of the sharpest death bowlers.

With the experienced Ravi Rampaul added to the squad, their bowling looks all the more complete.

Player to watch: Bravo has found a new lease of life towards the end of his career. He did well in the CPL leading St. Kitts and Nevis Patriots to the title and also picked eight wickets. He was also part of the title-winning CSK in IPL 2021.

Even going by cold cricketing logic, the Windies have all bases covered and can go all the way.

Only recently, the West Indies released a World Cup song titled, 'New Music. Maroon fans'. For them, sport is a celebration of life. This is one team that will arrive without baggage. And at the stands, their fans might well play the track: Dangerous. 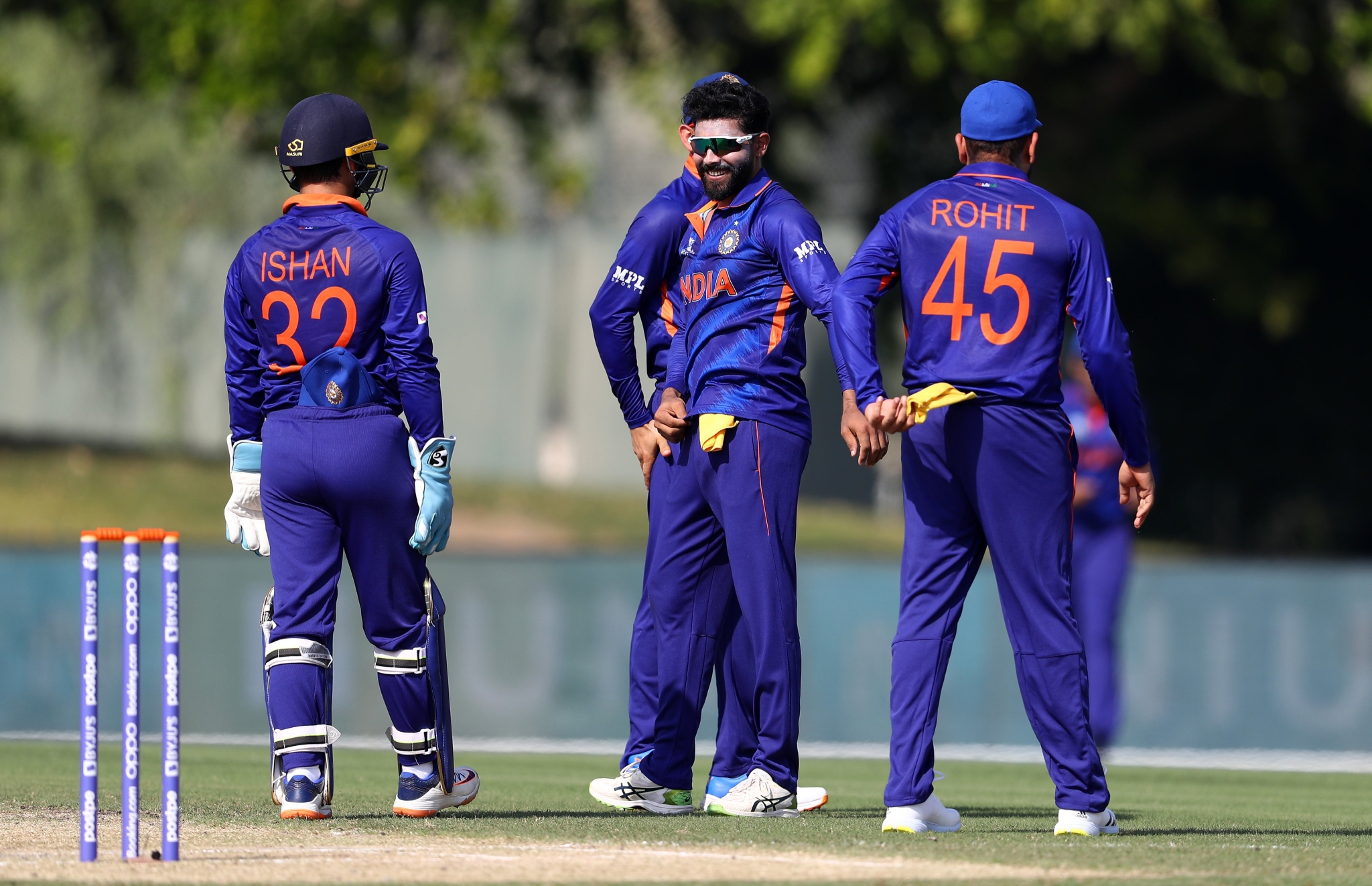 India, the time is now

Rohit Sharma, Virat Kohli, Jasprit Bumrah, MS Dhoni, Ravi Shastri. These five heads are together at an ICC event and there is no better time for the hosts to add to their World Trophy win. Although Dhoni is present in a non-playing capacity, the inputs and the experience he has could benefit India. Moreover, Kohli’s last tournament as T20I captain of India should increase his appetite to lead the team to the title.

India’s bowling is in quite a good shape with Bumrah and Mohammed Shami in good rhythm with Shardul Thakur having the happy knack of picking wickets. Moreover, the conditions in UAE should suit him, too. In the spin department, India has a variety that few in world cricket could boast of – a left-arm spinner, a wrist spinner and two finger spinners who could weave a web.

The only issue, prima facie, that India have is the Hardik Pandya conundrum. if he can get back to the six-hitting, finishing form that he is known for, India could boss over teams; if he can start bowling, that would give the men in blue an additional weapon in their armoury.

Player to watch: Rishabh Pant, the pocket-sized dynamo, could be the player to watch out for. That he can change the phase of any game within the blink of an eye is an open secret. Expect him to explode.

Indian players were in England for about four and a half months, that led them to lead the five-Test series 2-1. All the Indian players were part of the second leg of IPL 2021, played in the UAE. The familiarity of the conditions should help them go the distance in the T20 World Cup.