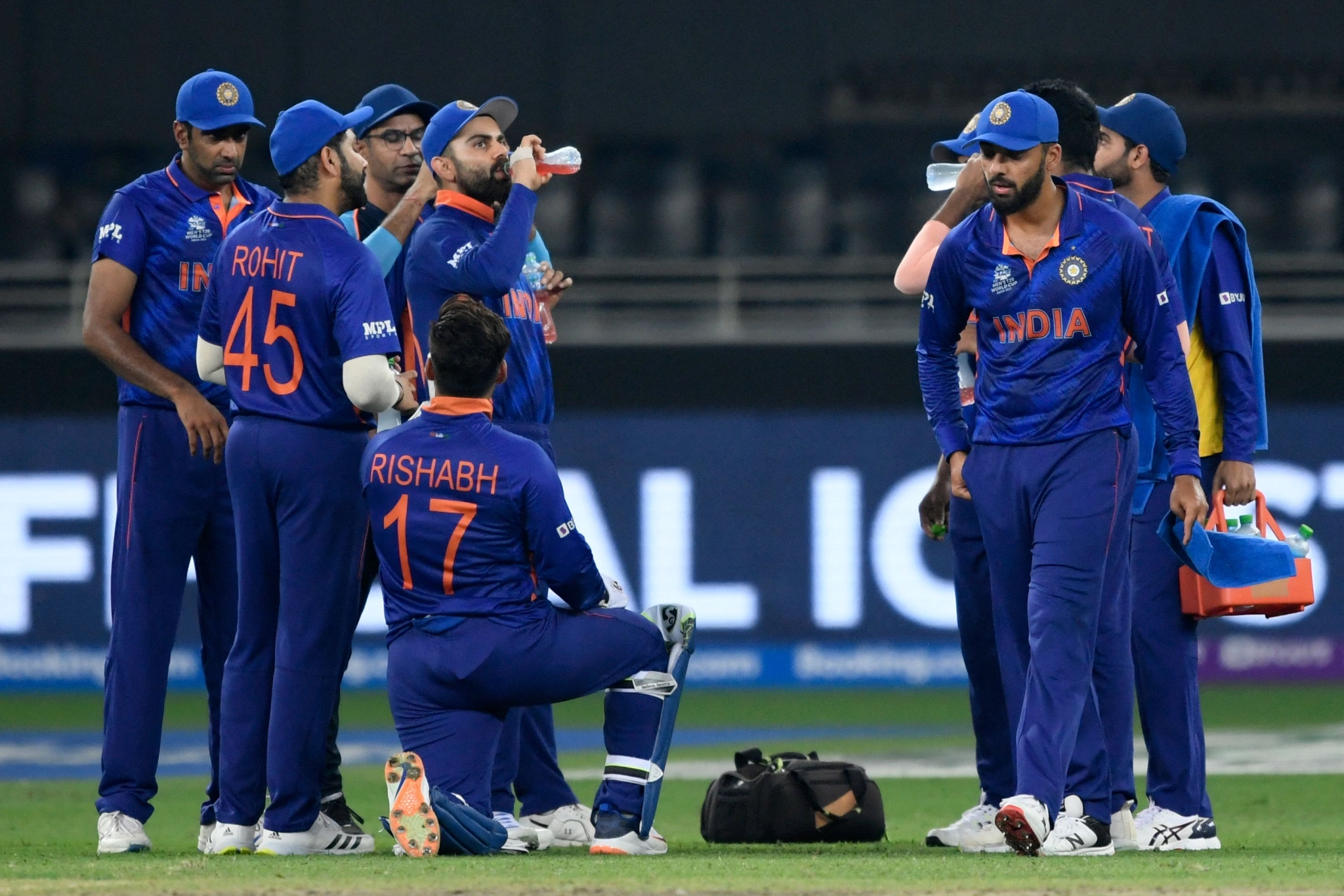 India's penultimate match of the Super 12 stage of the T20 World Cup saw them beat Scotland by eight wickets with 81 balls to spare in Dubai on Friday. The win saw them being placed third in Group 2, behind Pakistan and New Zealand.

India lost to Pakistan and New Zealand and were left having to win all the three of their remaining games and then depend on other results to go their way. With one match each to go, the New Zealand versus Afghanistan match is a crucial one for the hosts. They will have to first hope that Afghanistan beat New Zealand and then themselves should beat Namibia to advance to the semis.

If New Zealand beat Afghanistan, they will go through alongwith Pakistan, who have already qualified.

In Group 1, it will be a three-way battle between England, South Africa and Australia on the last day of their league games. Australia take on West Indies followed by the England versus South Africa match.

England are almost assured of a semi-final spot, but if they lose badly against the Proteas, then the NRR will come into picture. If West Indies beat Australia, then a win should suffice for South Africa.