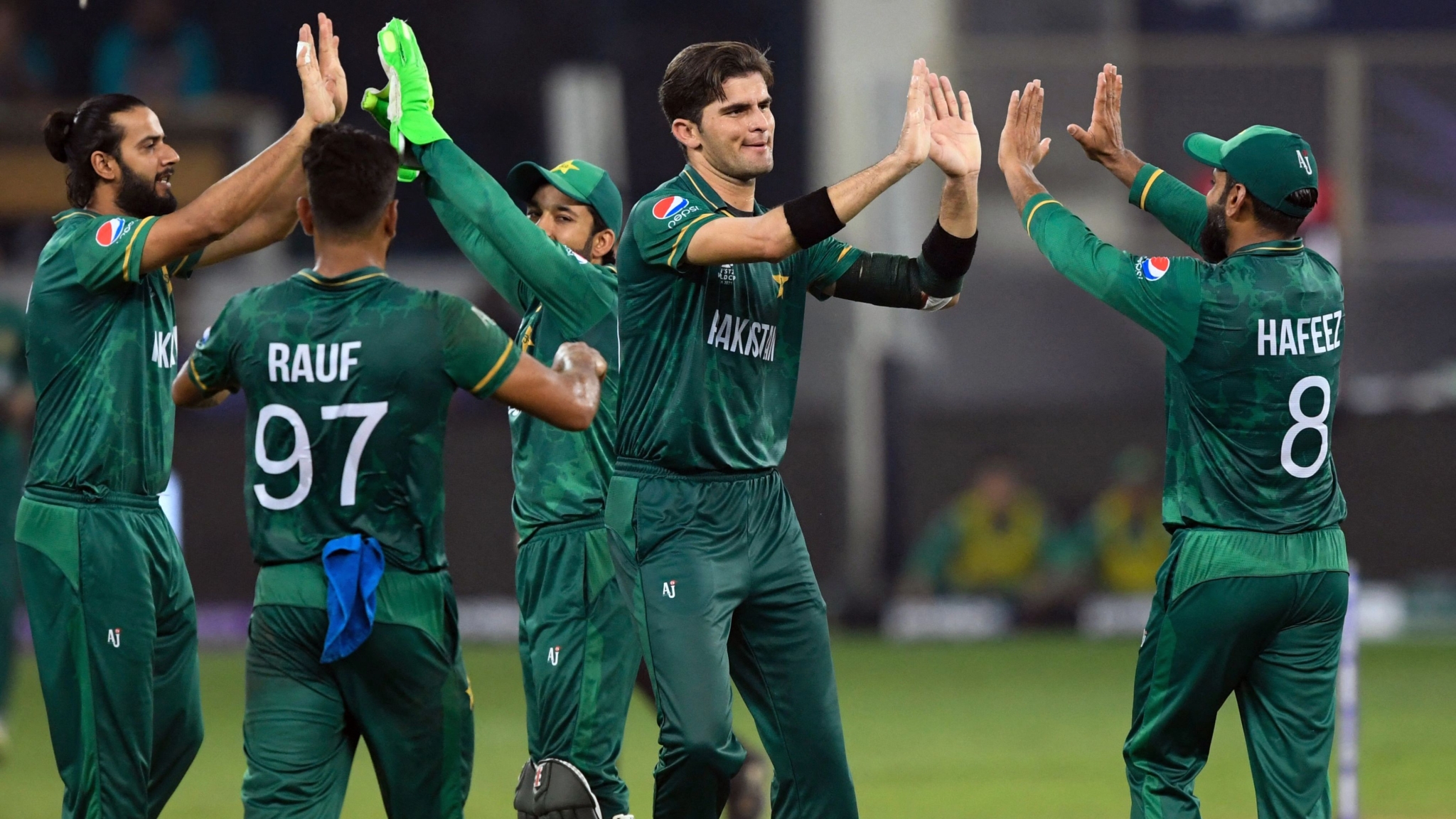 Pakistan will aim to maintain their remarkable consistency against a spirited Namibia and seal a semifinal spot in the T20 World Cup in Abu Dhabi on Tuesday.

After a chaotic build up to the World Cup with England and New Zealand pulling out of Pakistan tours, the Babar Azam-led side has defied the odds and has become the team to beat in the tournament.

Following a historic win over India, Pakistan showed a few chinks in their armour against New Zealand and Afghanistan but that could not stop them from recording resounding wins.

If their in-form openers Azam and Mohammad Rizwan don't fire, Pakistan can rely on their middle-order and even if that is not enough, six-hitting machine Asif Ali will win the game for them on his own.

However, the team would be expecting more runs from veteran Mohammad Hafeez's bat. He is the only one to have not made a significant contribution in the top six.

In the bowling department, Pakistan will be looking to ensure that they don't allow Namibia to comeback in the game after taking early wickets, something they were guilty of in the Afghanistan clash.

After reducing the Afghans to 76 for six, Pakistan allowed them to score a challenging 147 and if it wasn't for Asif's six-hitting ability from ball one, the outcome of the game could have been different.

The team would also be expecting a lot more from Hasan Ali, who has proved to be its weakest link in the bowling department.

Namibia, who were blown away by Afghanistan on Sunday, will be looking to compete against a top side.

The debutants had no answer to Afghanistan bowlers, especially the pacers, on Sunday afternoon. Despite main spinner Mujeeb Ur Rahman not playing due to injury, Namibians found the bowling attack too hot to handle.

Six Namibian wickets were worryingly taken by the pacers and Pakistan have a much better attack than Afghanistan.

They have already won a lot of hearts by making the Super 12s in their maiden appearance but captain Gerhald Erasmus has made it clear that they are looking to create an upset.

"We are aware of the challenges. We need to make use of this level. This is a stepping stone for the future," said Erasmus.

The performance of leggie Jan Nicol Loftie Eaton was a big plus for Namibia from the last game. Lead pacer Ruben Trumpelmann too would be aiming to provide the early breakthroughs which will be a must to put a rampaging side like Pakistan under pressure.