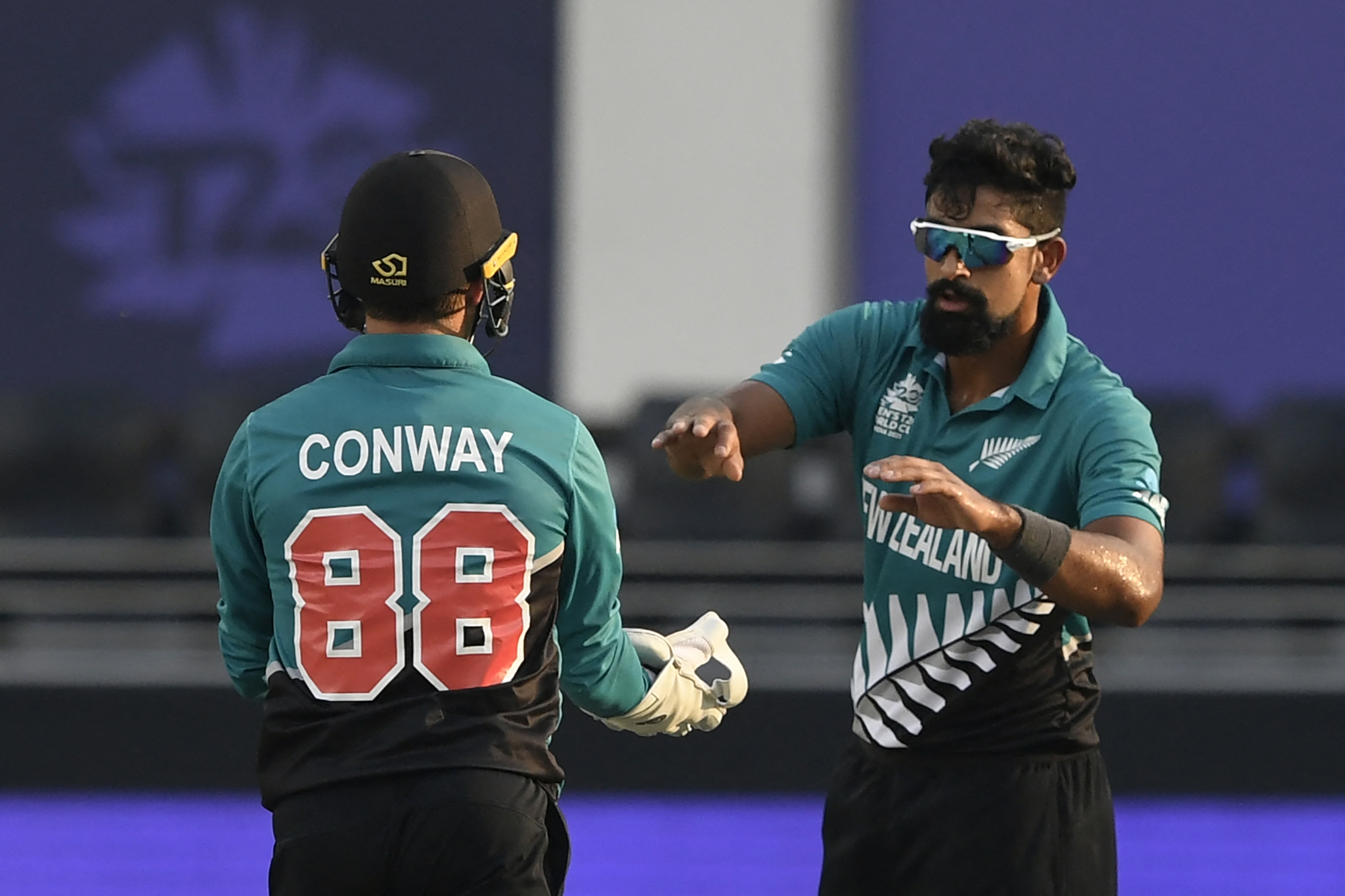 New Zealand posted 163 for four in their 20 overs against Namibia in the Super 12 match of the T20 World Cup in Sharjah on Friday, thanks to a blitz from Glenn Phillips and James Neesham.

Chasing 164 for an unlikely win, Namibia were reduced to 55 for three in the ninth over, with leg spinner Ish Sodhi striking in his first over. In the second over, David Wiese was on strike, when Sodhi bowled a flighted delivery.

Wiese tried to smash it straight over the bowler, but ended up miscuing it. The ball went to Sodhi, who spotted it late and had to take evasive action. The ball hit his hand and the hit Sodhi on his forehead, knocking him down.

Thankfully, it wasn't a full-blooded shot plus Sodhi was up on his feet soon. Wiese made 16 off 17 balls and was trapped LBW by Tim Southee.