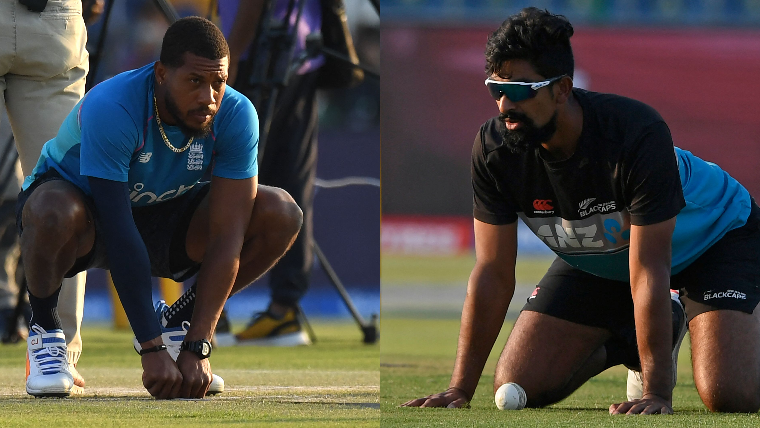 New Zealand captain Kane Williamson called it right at the toss and opted to field first against England in the Men's T20 World Cup semi-final in Abu Dhabi on Wednesday.

"It's a good pitch but a bit of dew later. Busy period for us, and we've come through, giving in good performances," said Williamson, giving reasons for his choice.

"The two most experienced bowlers have bowled beautifully throughout the tournament, and after Lockie (Ferguson), Milne has come in and done well too. England has a lot of depth, that's their strength, and we have the opportunity to play our own brand of cricket."

England captain Eoin Morgan said he would have wanted to bowl first, "Hopefully the toss doesn't decide the result of the game. Roy misses out today, obviously he's disappointed because he's played a big role for us in this tournament, and to miss out on a semi-final is devastating. However, Billings gets another chance. He's been doing the hard-work and carrying the drinks for us, and it's a big opportunity for him. Bairstow will open today, instead of Roy, since he's done it really well in the past."

The injured Jason Roy was replaced by Sam Billings, with England resisting the temptation to add an extra bowling option, while New Zealand struck to the same XI.