Lockie Ferguson has been ruled out of the T20 World Cup while Martin Guptill remains a doubtful starter for the match against India; can the men in blue register their maiden win against the Black Caps in the competition?
S. Sudarshanan 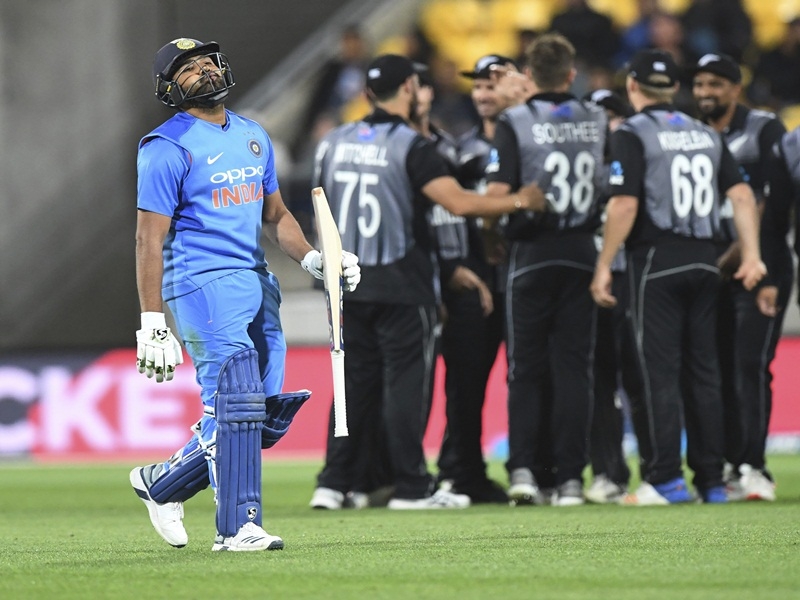 Ahead of their clash against Pakistan, New Zealand were dealt a blow – in-form pacer Lockie Ferguson was ruled out of the T20 World Cup due to a grade two calf tear. Pakistan eventually went on to win the clash, despite the Kiwis pulling the game close.

India, who lost their opening match against Pakistan, would heave a sigh of relief, too, with this news. The men in blue are set to play the Black Caps in their next match on Sunday.

In T20Is since 2016, Thisara Perera (five), Jofra Archer, Chris Jordan and Dushmantha Chameera (all four) have picked most wickets against India in the middle and death overs. These are mostly bowlers who vary their pace as well as lengths, much like what Ferguson is capable of. Moreover, Ferguson is also known for being economical – in his last two IPL seasons for Kolkata Knight Riders, the right-arm speedster has picked 19 wickets in 13 matches at an economy of just 7.46.

“It's a real shame for Lockie to have this happen on the eve of the tournament and the entire team is really feeling for him right now,” Gary Stead was quoted as saying after Adam Milne was named as Ferguson’s replacement.

ALSO READ: Suryakumar Yadav is a better player of spin than Virat Kohli

“He's a massive part of our T20 side and has been in such good form -- so to lose him at this time is a blow.”

Against India, Ferguson, whose career has been plagued with quite a few injuries, has played only two T20Is and picked three wickets in them. His economy has been just 6.62 against the Indians.

On Wednesday, New Zealand opener Martin Guptill was also said to be in doubt for their clash against India. A Haris Rauf yorker caught plush in his toe left him nursing his foot. Although Guptill hasn’t been marauder against India – he averages 17.33 and strikes at 115.55 in 12 T20Is – his T20I strike rates in the last three years are 163.36, 135.03 and 151.58.

In T20 World Cups, New Zealand and India have clashed twice with the Black Caps winning on both the occasions. England and Pakistan ended their winless streak against West Indies and India in this edition. Is this India’s best chance to end their run of losses against New Zealand in the global event?