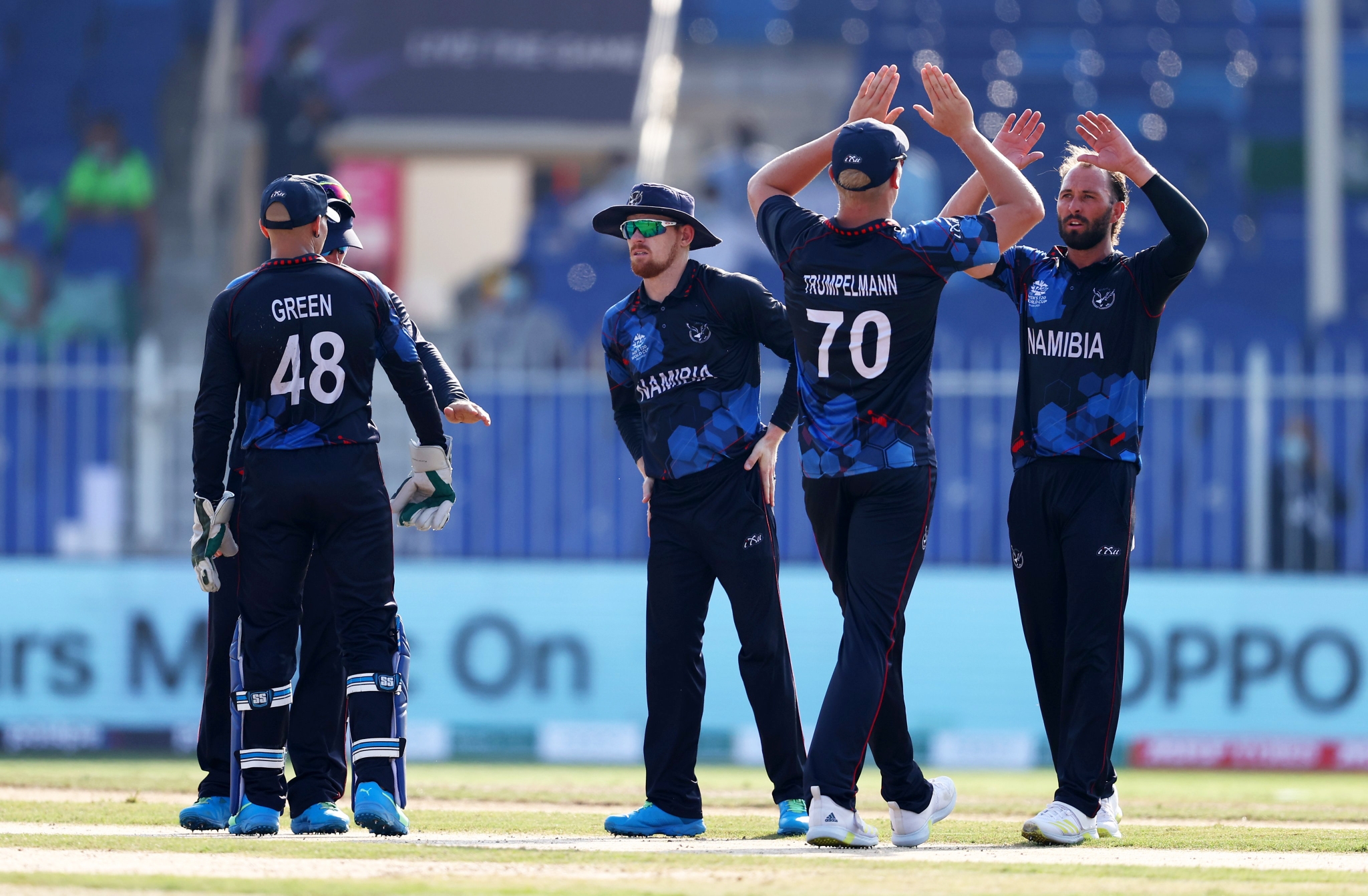 Gerhard Erasmus, Namibia captain, won the toss and asked New Zealand to bat first in their Super 12 match in Sharjah on Friday.

"The pitch looks very good, Tough to defend in Sharjah. Hopefully we will be able to chase down later. It has been tough but we have been used to it. It has been a good tournament so far. Would want to go one better today," said Erasmus.

Kane Williamson, New Zealand skipper, "Looks a typical Sharjah wicket. Important we need to build some partnerships early on and then take it forward. Have had few niggles but so far so good. The guys are going alright."

While New Zealand went in with the same side, Namibia had a couple of forced changes with Jan Frylinck (dehydration) and Ben Shikongo missing out for Bernard Scholtz and Karl Birkenstock.