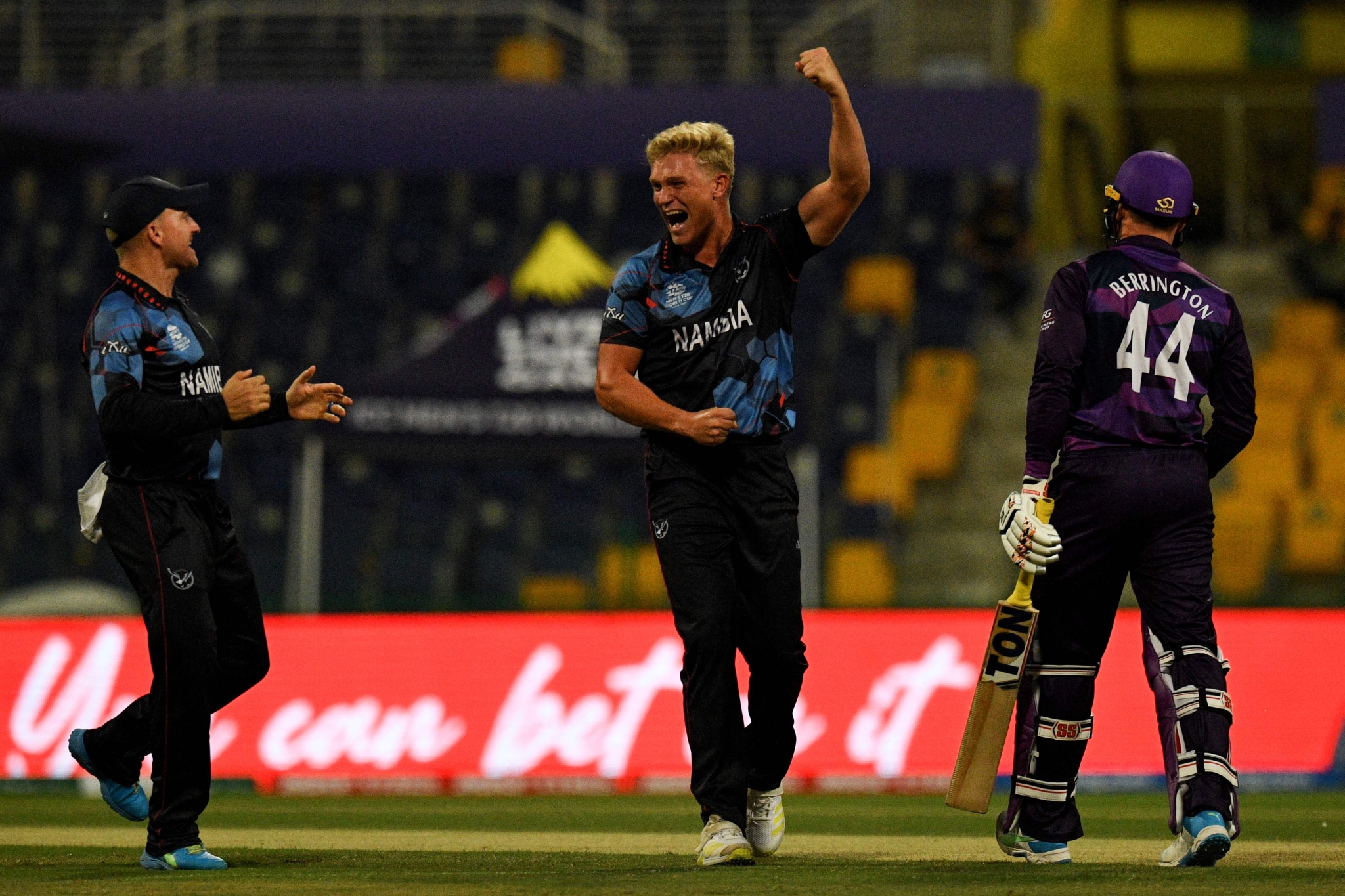 Scotland's misery continued as David Wiese struck in the final over of powerplay, trapping Craig Wallace in front of the stumps. Michael Leask (44 of 27 balls) led the recovery route, setting a 39-run stand off 34 balls with Matthew Cross (19) followed by Chris Greaves (25) taking Scotland past the 100-run mark.

Though Greaves fell on the final over of the innings, he did the job for his side in getting to three-figures.