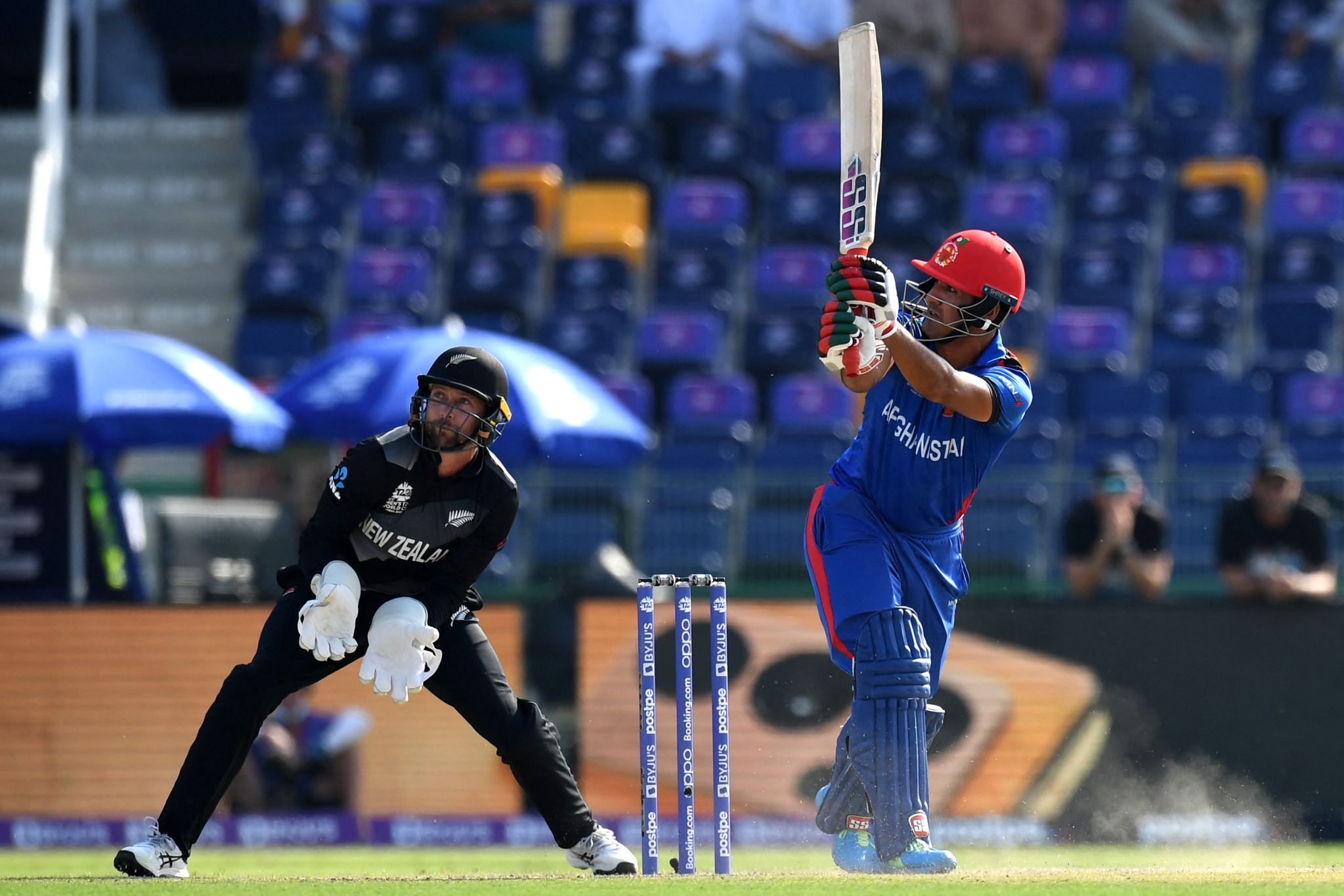 Najibullah Zadran in action for Afghanistan in the T20 World Cup. | Photo: AFP

Trent Boult picked up three wickets for just 17 runs while Tim Southee and James Neesham picked up two for 24 each as New Zealand restricted Afghanistan to 124 for eight in their Super 12 match of the T20 World Cup in Abu Dhabi on Sunday. Najibullah Zadran starred for Afghanistan with his T20I best score of 73.

A win by New Zealand will send India out of contention for a semifinal spot.

The Kiwi pace trio of Boult, Southee (2/24) and Adam Milne (1/17) did not give anything away in the initial overs as the Afghan batters struggled to get going and fell in trying to force the pace of their innings.

Ish Sodhi (1/13) and Neesham (1/24) were the other New Zealand wicket-takers. Neesham conceded only two runs from the final over of the Afghanistan innings.

The left-handed Zadran rescued Afghanistan with a 59-run fifth wicket stand with captain Mohammad Nabi (14) from 56 for 4 in 10 overs.

However, there was very little support for Zadran from the rest of the batters with only one half-century partnership which proved be their undoing.

A flurry of wickets after the fall of Nabi, including that of Zadran, ensured that Afghanistan did not get to a middling score. Boult sent back Zadran and Karim Janat (2) in the 19th over as the Kiwis took control of the match.

Afghanistan got off to a poor start, losing the openers inside the first four overs.

Mohammad Shahzad (4) was the first to go in the third over when his uppercut off Milne flew to 'keeper Devon Conway, who leapt high to complete a good catch on the second attempt.

The wily Boult struck the second blow, getting Hazratullah Zazai when the batter's attempted flick took a leading edge for an easy catch to Mitchell Santner to leave Afghanistan at 12 for 2.

Soon, it became 19 for 3 when Rahmanullah Gurbaz was leg-before to Tim Southee for 6.

Zadran and Gulbadin Naib (15) staged mini recovery for Afghanistan with a 37-run partnership for the fourth wicket during which the former came up with the some good shots.

However, leggie Ish Sodhi broke through for the Kiwis when he had Naib chopped a widish delivery on to his stumps.