T20 World Cup: Mitchell Marsh out for Ashton Agar as England opt to bowl against Australia 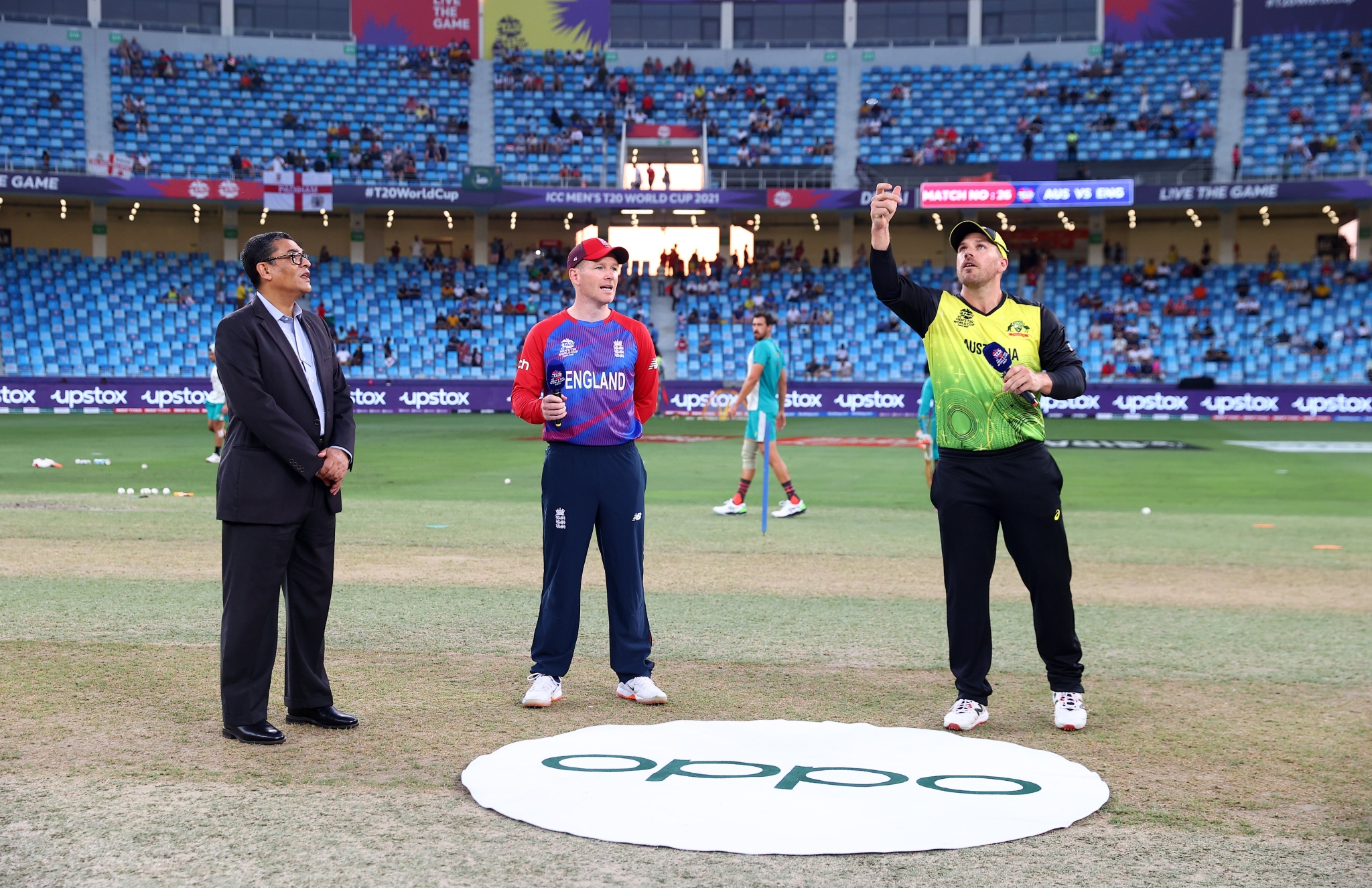 England captain Eoin Morgan called it right at the toss and asked Australia to bat first in their Super 12 clash of the Men's T20 World Cup in Dubai on Saturday.

England remained unchanged while Australia brought in Ashton Agar in place of Mitchell Marsh for this important clash.

"We'll have a bowl first. There is a bit of grass. We've got the same team. He (Wood) hasn't been 100% yet. Delighted the way we have started," said Morgan at the toss.

"We would have done the same. Put runs on the board and defend it later on. He (Warner) is a great player, been a great player for 10 years," said Australia skipper Aaron Finch at the toss.