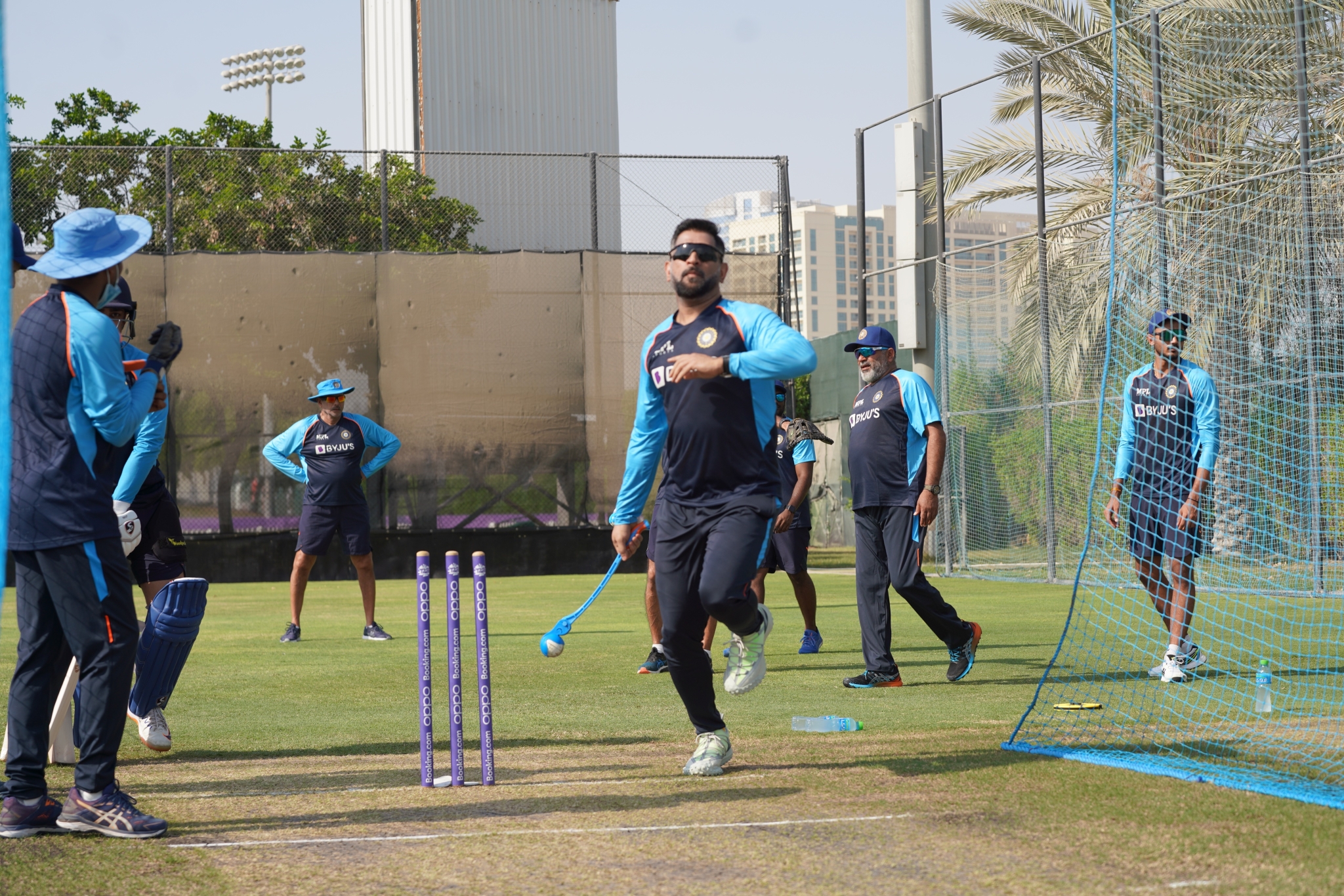 MS Dhoni, India’s mentor for T20 World Cup, was seen rolling his arm over and giving throwdowns to the batters on Thursday. In a series of photos posted on social media by BCCI, Dhoni was seen running in and sending down throwdowns.

Dhoni, it is known, loved to roll his arm over even during his time with the national side. He uses bowling as one of his warm-up drills and never shies away from taking the cherry.

India kickstart their T20 World Cup campaign with a clash against Pakistan on Sunday. Dhoni has been roped in for the role of the mentor for this competition, due to his experience as title-winning captain. He led India to the T20 World Cup win in 2007, the World Cup title in 2011 and the Champions Trophy victory in 2013.