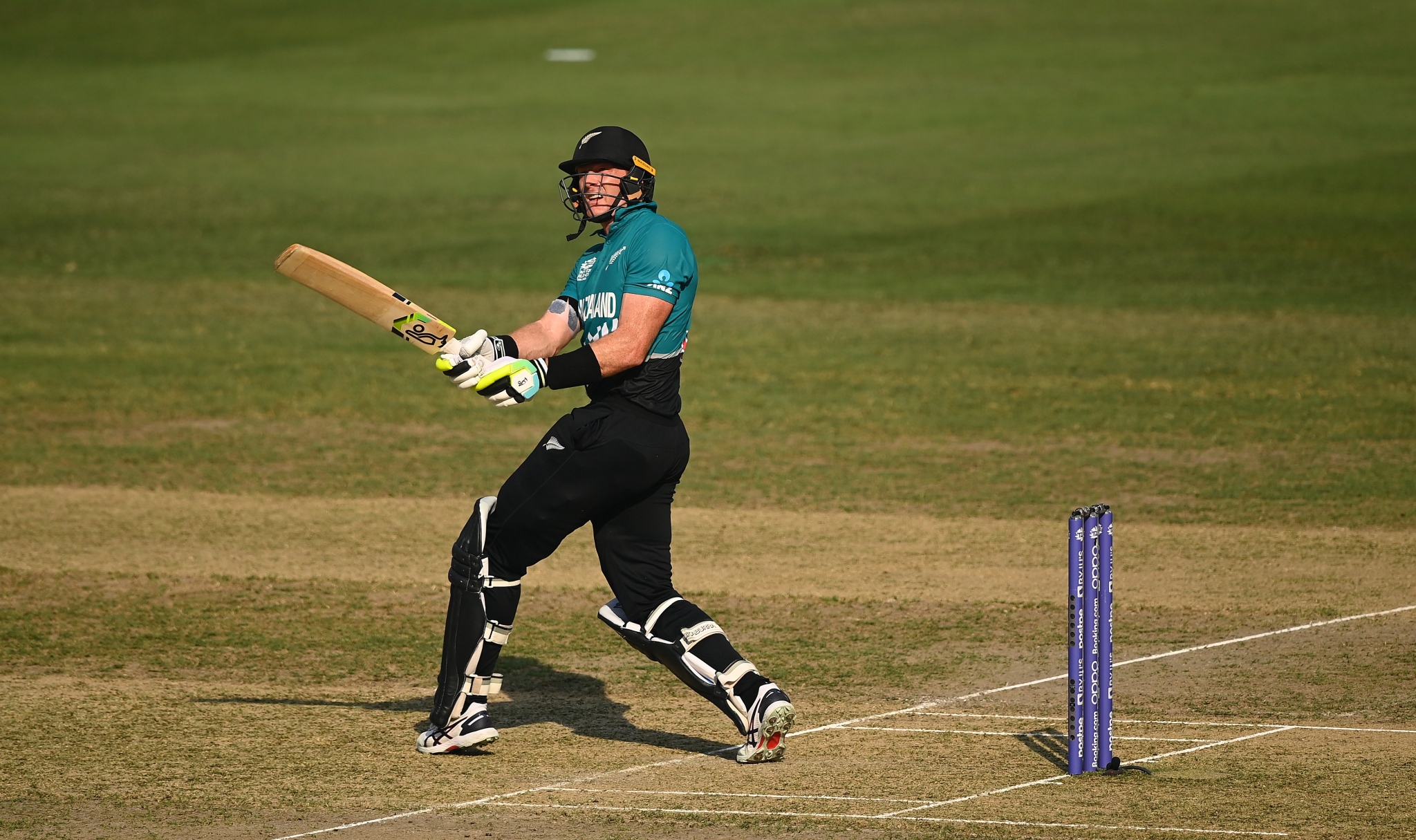 Martin Guptill fell seven short of his third T20I hundred as New Zealand posted 172 for five against Scotland in their Group 2 Super 12 match of the T20 World Cup in Dubai on Wednesday. Guptill hit 93 off just 56 balls and added 105 runs for the fourth wicket with Glenn Phillips, after New Zealand found themselves at 57 for three.

Guptill got New Zealand off to a flying start, after they were inserted by Scotland. The Kiwis, sporting the retro teal kits, were on 35 in four overs, before Safyaan Sharif trapped Daryll Mitchell (13) in front of the sticks. Kane Williamson was then strangled down the leg side for a four-ball duck.

The right-hand opener, thought, continued his attacking ways, hitting Alasdair Evans, who came in for Josh Davey, for a four and a six in the last over of the powerplay. He brought up 3000 T20I runs in the process, only the second to do so in the men's game.

The introduction of Mark Watt, the left-arm spinner, saw him pick a wicket off the very first ball, dismissing Devon Conway caught behind for one. Guptill and Phillips then set about with the resurrection. While Phillips was coming to terms with the slowish surface, Guptill had managed to get past 150 T20I sixes and crossed his 18th half century.

Phillips then hit his lone boundary - a six - off Michael Leask's only over. However, Brad Wheal's change of pace was too much for him as he holed out for 33 off 37 balls. At the other end, Guptill was losing his steam with another T20I hundred in sights. However, it wasn't to be.

While Wheal and Sharif picked up two wickets each, Watt continued his impressive run in the T20 World Cup with figures of one for 19 in his four overs.