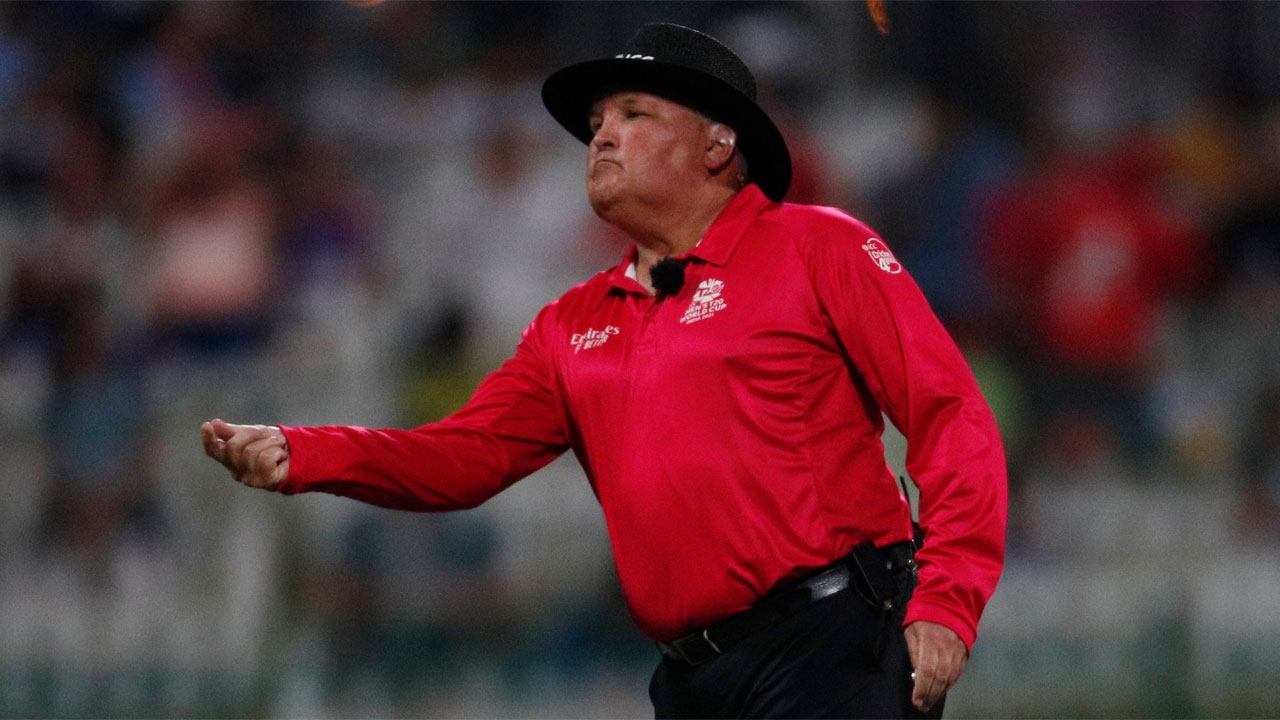 Marais Erasmus and Richard Kettleborough will be the on-field umpires for the Men's T20 World Cup final between Australia and New Zealand to be played on November 14 at the Dubai International Cricket Stadium, the ICC announced. Nitin Menon will be TV Umpire while Kumar Dharmasena has been appointed as fourth Umpire.

"Umpires Marais Erasmus and Richard Kettleborough will assume on-field duties in the final of the ICC Men's T20 World Cup 2021 to be played between Australia and New Zealand at the Dubai International Stadium on Sunday. Nitin Menon will be the TV umpire for the match while Kumar Dharmasena will be the fourth umpire. The final will be overseen by Match Referee Ranjan Madugalle," said the ICC in a statement on Friday.

Erasmus and Dharmasena had served as the on-field umpires during the first semi-final at Abu Dhabi, where New Zealand defeated England by five wickets to cruise into their first final appearance of the mega event. Kettleborough had been the on-field umpire alongside Chris Gaffaney in the second semi-final at Dubai, where Australia stormed to their third final appearance of the showpiece event, stunning Pakistan by five wickets.