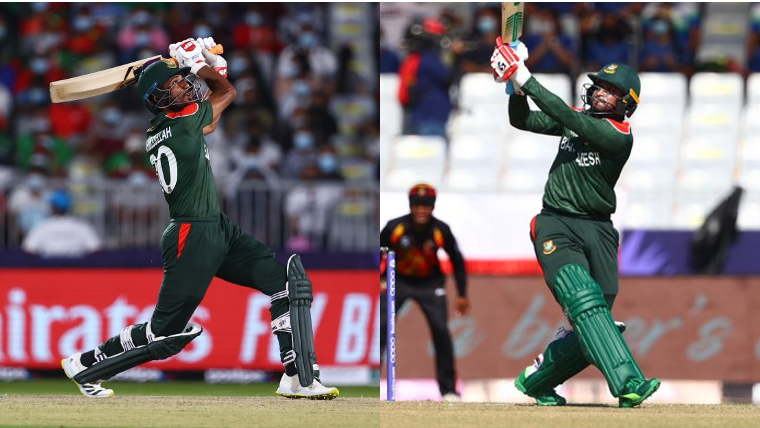 Captain Mahmudullah starred with a quick-fire half century while all-rounder Shakib Al Hasan missed his half century by four runs as Bangladesh posted a tall 181 for seven in their quota against Papua New Guinea at the Al Amerat in Oman on Thursday in their Group B clash. This is Bangladesh's highest score in T20 World Cups.

Batting first, Bangladesh lost Mohammad Naim, the star of their previous contest, on the second ball for a duck. Liton Das and Al Hasan then added 50 for the second wicket in just 41 balls before the former fell for 29. PNG were quite clinical on the field as a superb catch at deep backward square leg saw Mushfiqur Rahim (five) depart soon.

Mahmudullah then walked in at three for 72 and started attacking the bowlers quickly. He lost Al Hasan for 46, thanks to another well-judged catch by Charles Amini, but continued his merry hitting ways. He completed his sixth T20I fifty off just 27 balls.

With Afif Hossain (21 off 14), Mahmudullah added a quick 43 in just under four overs. Despite the Bangladesh captain falling for 50, Bangladesh added 68 in the last five overs, thanks to a 20-run final over from Chad Soper (none for 40).