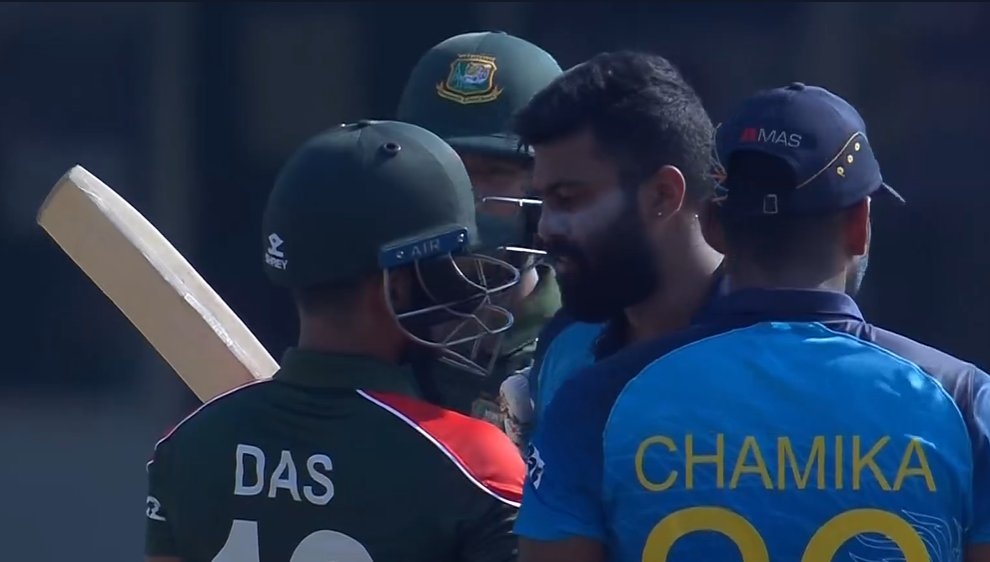 Sri Lanka pacer Lahiru Kumara and Bangladesh batter Liton Das have been fined 25% and 15% of their match fees for their on-field altercation, the ICC announced on Monday.

Kumara was found guilty of breaching Article 2.5 of the ICC Code of Conduct for Players and Player Support Personnel, which relates to “Using language, actions or gestures which disparage, or which could provoke an aggressive reaction from a batter upon his/her dismissal during an International Match.”

Das was found guilty of breaching Article 2.20 of the ICC Code of Conduct for Players and Player Support Personnel, which relates to “Conduct that is contrary to the spirit of the game’.

Kumara and Das exchanged a few words after the Lankan got the latter’s wicket. They had to be separated by the other Sri Lanka players and the umpires. The Match Referee Javagal Srinath imposed the sanctions and since the players pleaded guilty, no formal hearing was needed.