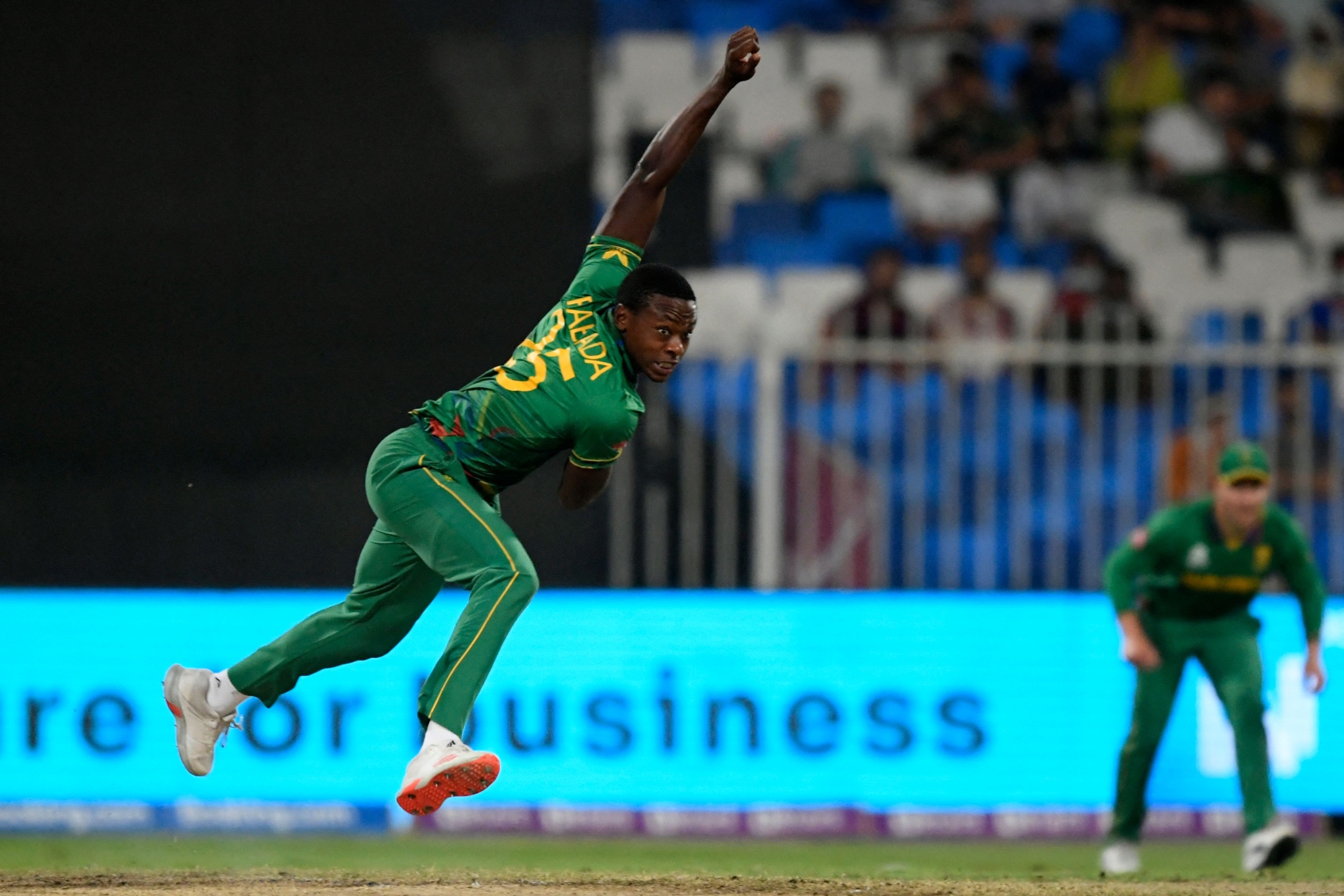 Kagiso Rabada became the second from South Africa to take a hat-trick in T20Is after his feat against England in the Men's T20 World Cup in Sharjah on Saturday.

Defending 13 in the final over, Rabada got rid of Chris Woakes, Eoin Morgan and Chris Jordan off successive deliveries to bag a treble. In his penultimate over, Rabada was hit for three sixes by Liam Livingstone.

Rabada finished with three wickets for 48 in his four overs as South Africa defeated England. However the Proteas were knocked out due to NRR.