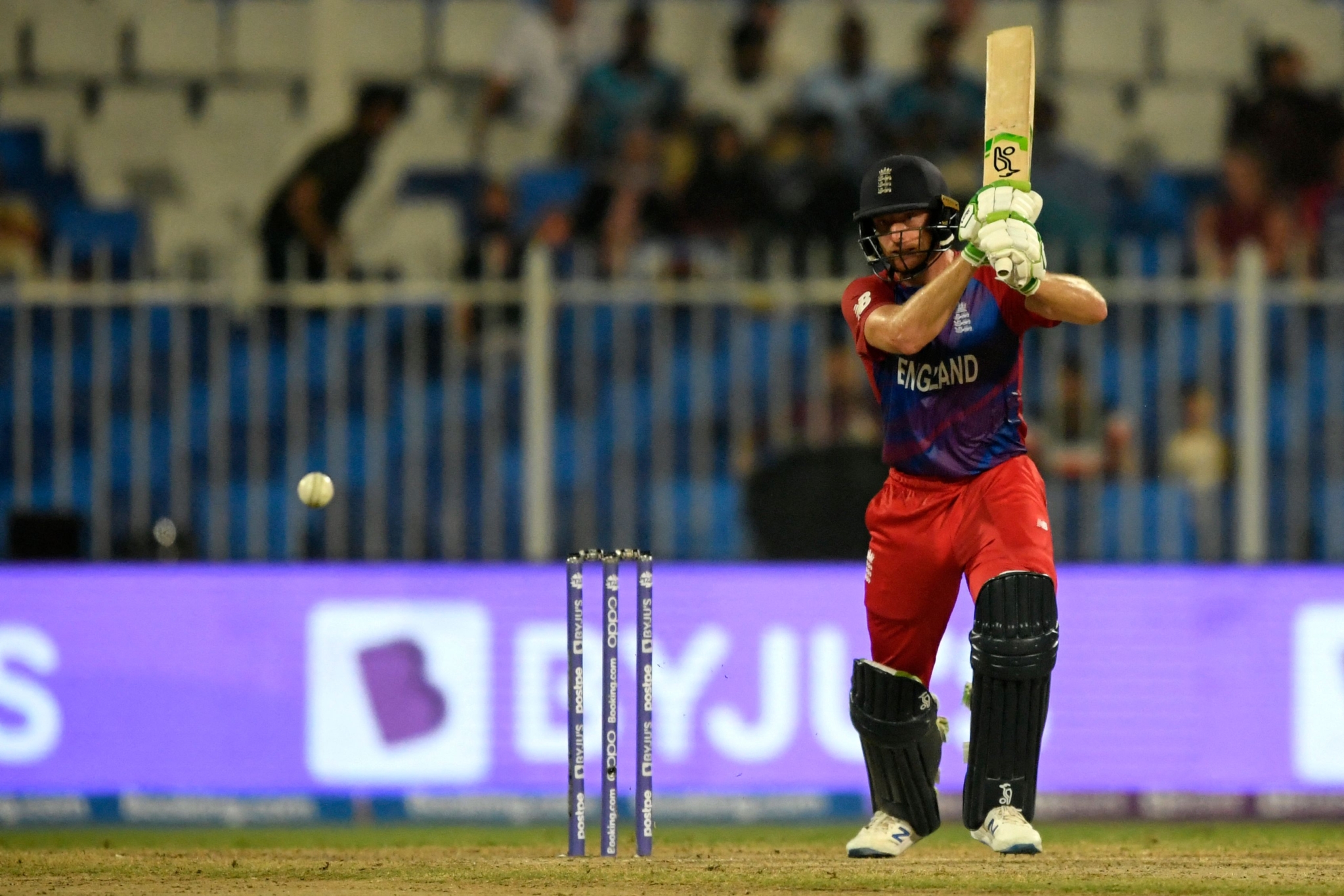 The brilliance of wicketkeeper-batter Jos Buttler was on display on Monday in Sharjah as he changed gears perfectly to score his first T20I ton and helped England post 163 for four against Sri Lanka in their Super 12 clash of the T20 World Cup. It was the first hundred in the ongoing competition.

The T20 World Cup has largely been favourable to teams chasing, because of dew coming into play plus the fact that tracks are a bit on the slower side in the first innings. In line with the script, England found themselves in early trouble in the powerplay.

Wanindu Hasaraga, who is the spinner to take most wickets in a T20 World Cup edition, struck twice inside the first six overs. First, he foxed opener Jason Roy (nine) with a wrong 'un and then, trapped Jonny Bairstow LBW for a first-ball duck. Dushmantha Chameera, from the other end, troubled and dismissed an out-of-sorts Dawid Malan for six off eight to reduce England to 35 for three.

Eoin Morgan, who has found runs hard to come by, then hung along with Buttler, allowing the opener to attack. With the track aiding slow bowling, England were 47 for three at the halfway mark.

Chamika Karunaratne's second over was the jailbreak for Buttler, as he hit a six and four off successive balls. Buttler then hit Lahiru Kumara for three sixes in an over, taking 22 off the 15th. Morgan also got into the party hitting three sixes, before he became Hasaranga's third victim for 40 off 36.

Buttler then took over and finished 101 not out, hitting a six off the final ball of the innings to get to the mark.