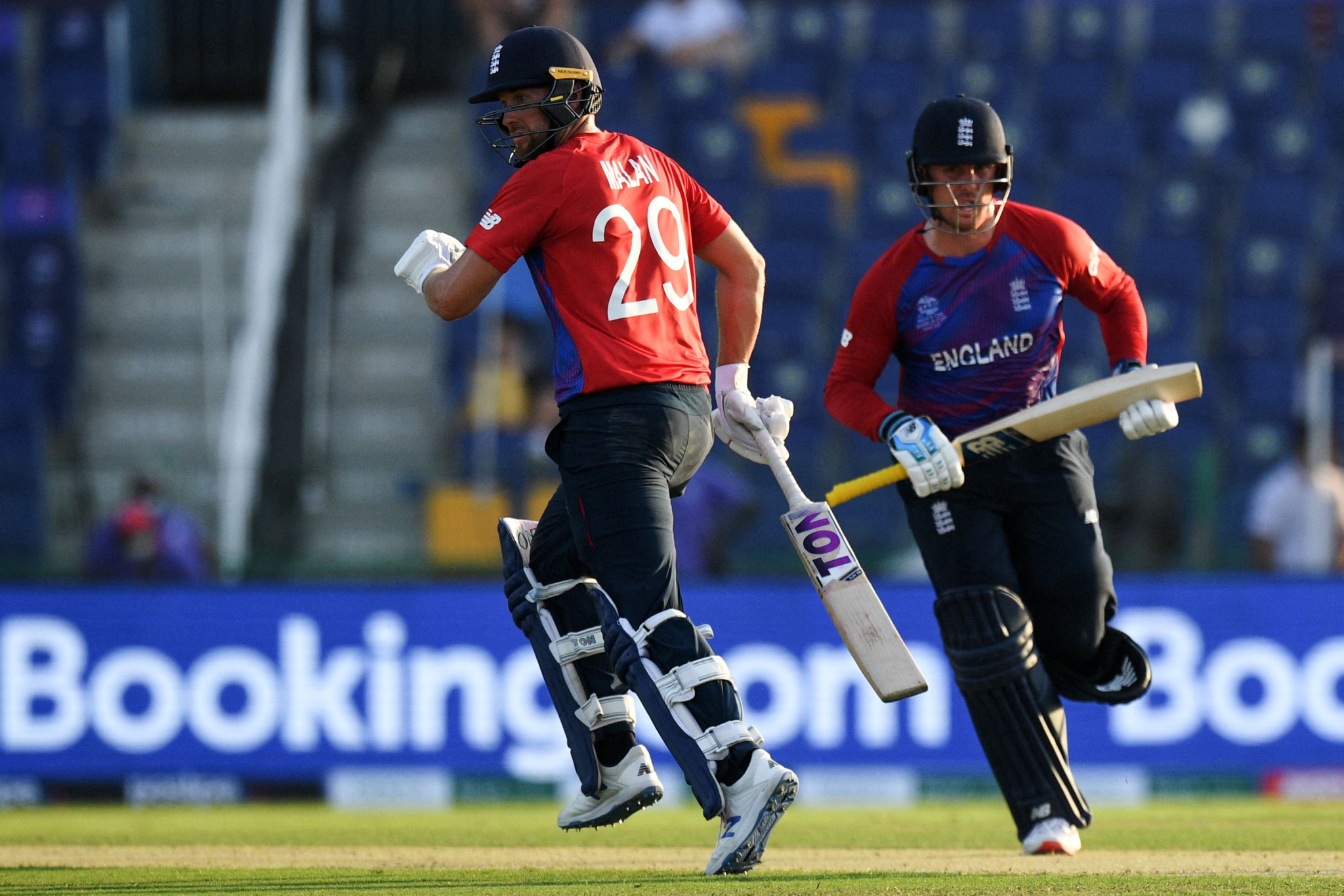 Jason Roy hit 61 off just 38 balls in his 50th T20I following Tymal Mills' three wickets with the ball as England defeated Bangladesh in their first-ever T20I meeting at the T20 World Cup Super 12 game in Dubai on Wednesday. Roy anchored the paltry 125-run chase as England cantered home in just 14.1 overs to give their net run rate a huge boost.

Dawid Malan remained unbeaten on 28, while Jonny Bairstow (8 not out) finished off the chase, pulling Shoriful Islam for a boundary.

On a two-paced pitch, their pacers, led by Mustafizur Rahman, were guilty of bowling short as the England opening duo of Roy and Jos Buttler (18) never had any trouble, cruising to 37 for no loss in four overs.

Left-arm spinner Nasum Ahmed gave the much needed breakthrough by dismissing Buttler but Roy kept up the rampage as England cruised to 90/1 at the halfway mark -- needing just 35 off 60 balls.

Roy was in full control of the innings and reached to his fifty -- his second in T20 World Cup -- off just 33 balls, hammering Nasum Ahmed over the rope.

Shoriful dismissed Roy in the 13th over but by that time the explosive opener had made the equation completely in favour of his side as England needed 11 runs from 43 balls.

Earlier, England bowlers capitalised on a fine start given by off-spinner Moeen Ali to restrict Bangladesh to a paltry 124 for 9.

Opting to bat, Bangladesh were sloppy and failed to apply themselves as they lost wickets at regular intervals. Moeen took two wickets in two balls inside the powerplay en route to another fine outing (2/18 from 3 overs) with the ball.

Pacer Chris Woakes was also on the job inside the powerplay as he dismissed star all-rounder Shakib Al Hasan, reducing Bangladesh to 27/3 in first six overs.

On a day leg-spinner Adil Rashid -- fresh from his match winning figures of 4/2 against the West Indies -- returned wicketless and was their most expensive bowler, utility spinner Liam Livingstone did the job in the middle middle overs by taking 2/15.

Pacer Mills later wreaked havoc at the death with figures of 3/27 as Bangladesh could never recover. Livingstone, who is capable of bowling both leg and off-spin, grabbed the crucial wickets of Bangladesh top-scorer Mushfiqur Rahim (29) and skipper Mahmudullah (19).

Livingstone trapped Rahim with a successful use of DRS.

It particularly hurt Bangladesh in the middle overs as Mushfiqur and Mahmudullah were looking to rebuild their innings with a 37-run partnership from 32 balls.

But Livingstone had Rahim plumb in front of wicket with his leg spin to break the partnership.

Afif Hossain departed after a comical run out for the addition of 10 runs to leave Bangladesh tottering at 83/6 with five overs to go.

Earlier, Liton Das, who looked ultra aggressive by smashing Moeen for two boundaries, took a top edge in the England off-spinner's second over.

Moeen then grabbed a second with Mohammad Naim falling tamely with a mis-hit to once again take two wickets inside the powerplay.