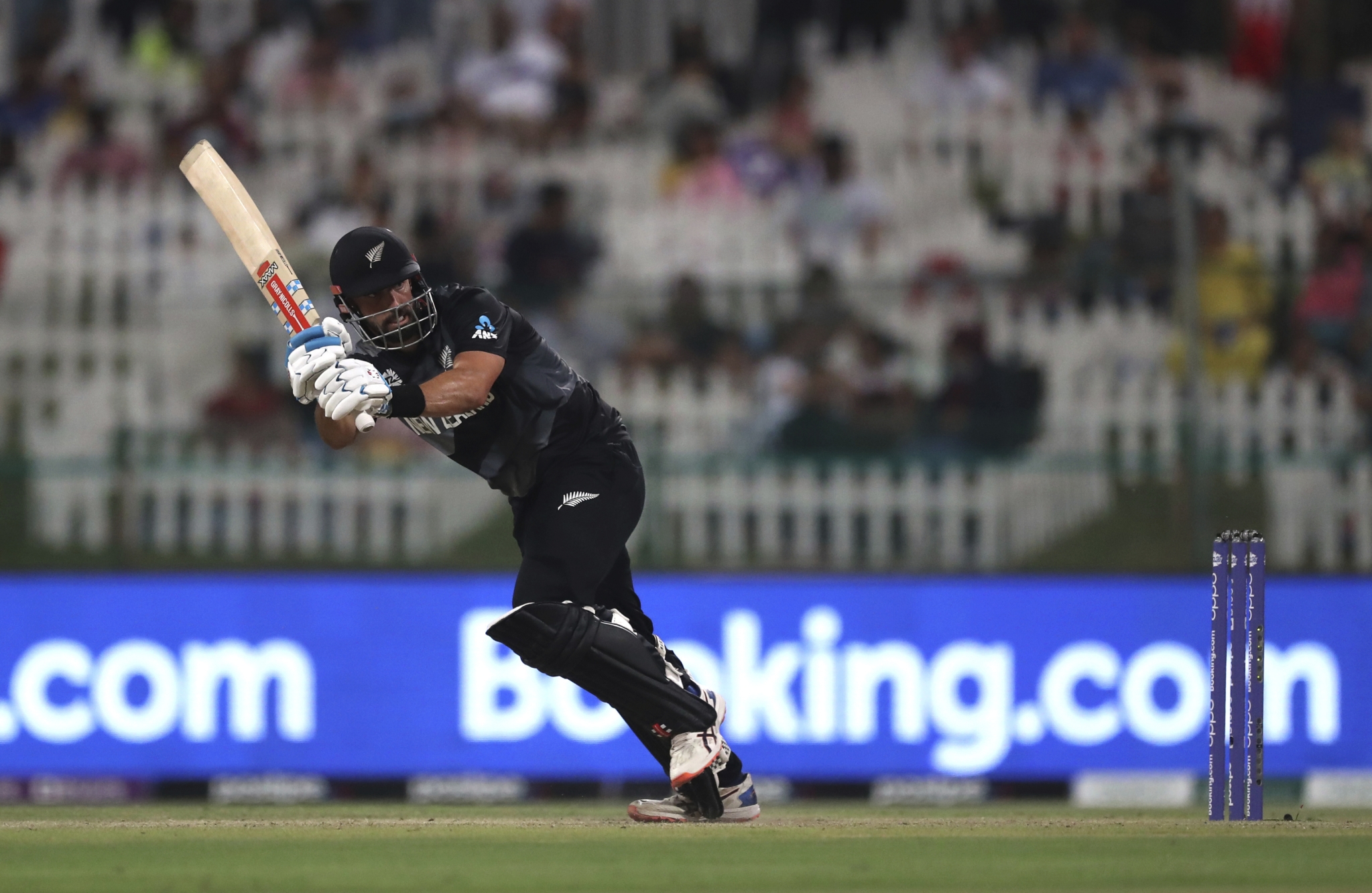 James Neesham played the perfect fire to the ice that was Daryl Mitchell as New Zealand did the unthinkable, defeating England in the semi-final of the Men's T20 World Cup in Abu Dhabi on Wednesday. Neesham walked in with the Kiwis needing 60 off just 29 balls and acted the perfect catalyst, hitting 27 off just 11 balls even as Mitchell stayed unbeaten on 72 off 47 to see them home.

It seemed as if New Zealand's chase was going awry as they were left needing 107 off the last ten overs. The start was far from ideal with Martin Guptill (four) and Kane Williamson (five), the pillars of the Black Caps, dismissed quite early by Chris Woakes. Mitchell was left having to keep them in the game in company of Devon Conway.

The left-right combo prevented further fall of wickets for some time as they added 82 for the third wicket. However, the partnership was devoid of much momentum with Mitchell struggling to find the boundary even as Conway was slowly starting to find it. The southpaw was on 46 off 38 when he was stumped off Liam Livingstone.

The part-time spin - Livingstone bowls both off and leg spin - also got rid of Glenn Phillips for two with just 29 balls left in the chase.

However, Neesham had different plans, swinging from the get go. He managed to find the ropes thrice - twice in a Chris Jordan over, which proved decisive. Jonny Bairstow's athletic effort almost managed to curtain Neesham's stay but it turned out to be otherwise, as Bairstow's knee touched the bowling ropes in an attempted tag-team effort. It was reminiscent of Trent Boult stepping on the ropes as he took a catch during the final of the Men's World Cup final in 2019 between these two teams.

Adil Rashid, bowling the 18th over, managed to see the back of Neesham after his blitz but it was too late. Mitchell in the interim found his touch, completed the half century as the Kiwis finally got past England in a World Cup knockout game.

Earlier, Dawid Malan and Moeen Ali added 63 for the third wicket, which acted as a base for England to post 166 for four.

Adam Milne took a wicket on his very first ball of the sixth over with Bairstow chipping an uppish drive and captain Williamson grabbing the catch diving to his left. Three overs later, Buttler fell while trying to reverse sweep against leg-spinner Ish Sodhi, trapped plumb by a leg-break in front of the stumps. New Zealand almost had a third wicket if not for keeper Conway dropping Malan's catch in the tenth over.

From there, Malan brought out a flurry of exquisite boundaries, driving and lofting over extra cover against seamers and spinners. Moeen Ali found a brace of boundaries and kept the partnership ticking with Malan. Malan pulled Southee for England's first six in the start of the 16th over. But on the next ball, the 63-run partnership came to an end as Malan (41 off 30) tried to repeat the shot but the feather edge went behind to the keeper.

Ali took the centrestage by whacking Sodhi over deep mid-wicket for a six. Ali then began the next over with a pulled six followed by Livingstone clubbing the last ball for a straight six. Livingstone slapped past Boult in the 19th over to cross the 150-mark. Though Livingstone (17 off 10) picked out long-off in the final over off Neesham, Ali reached his half-century with a boundary through extra cover as 99 runs came off the last ten overs.