T20 World Cup: Is Virat Kohli the all-rounder India never knew they had?

In the second warm-up match, Virat Kohli bowled a couple of overs while Hardik Pandya continued to play as a batter
S. Sudarshanan 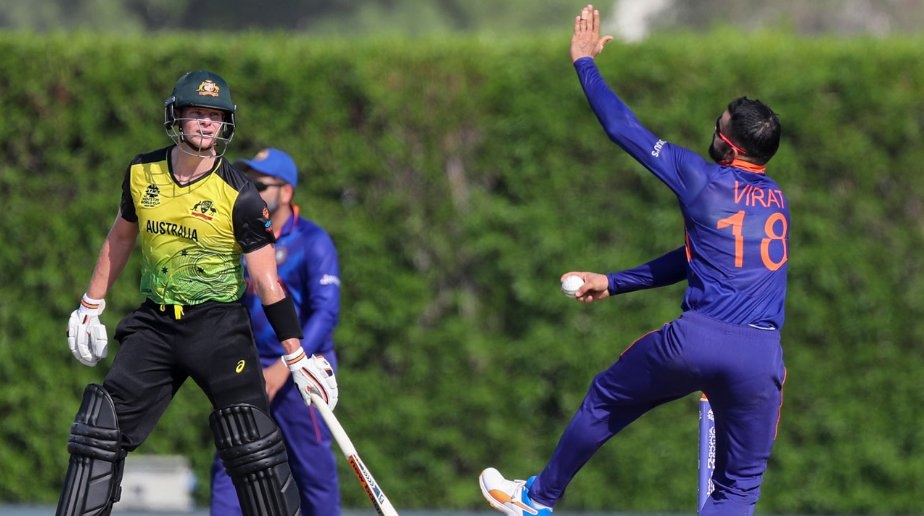 Is Hardik Pandya fit to bowl? When will he bowl? How far is he from bowling?

These are some of the questions that those following Indian cricket want an answer to. But after the second warm-up match on Wednesday, there perhaps maybe a change in questions.

Will Virat Kohli bowl in the Men’s T20 World Cup? Will either or both of Rohit Sharma and Suryakumar Yadav used as bowling options?

At the toss for India’s warm-up game against Australia, Sharma, standing in for Virat Kohli, said, “Hardik is coming along pretty well, but it'll be a while before he will start to bowl. He hasn't started bowling, but he should be ready by the start of the tournament."

India start their campaign against Pakistan on Sunday and whether it would be wise to have Pandya bowling in a marquee clash is anybody’s guess. But that India are already thinking towards having a sixth bowling option was clear when Sharma said, "We have quality in the main bowlers, but you need an option for a sixth bowler.”

"Not really worried about the balance. Even if you play with five bowlers, we have got the quality. But always you need that sixth option to free your bowlers, in case someone has a bad day. It's always nice to have options when you're playing a tournament as big as the World Cup.”

And so, we saw Kohli bowl. He delivered two overs of seam-up bowling that went for 12. He was introduced in the seventh over with Australia on 34/3 and gave away just four to Glenn Maxwell and Steve Smith. He was then called up in the 13th, when Marcus Stoinis and Smith had just gotten together. Apart from a four by Stoinis, Kohli did keep things quiet.

Are these further signs of things to come? On a lighter note, is Kohli the all-rounder India never knew they had?

Towards the end of the UAE leg of the IPL 2021, Rohit Sharma had said that Pandya had started bowling, though he was still some time away from bowling in a game.

“The physios, the trainers, the medical team are working on him. As of now, all I know is he hasn't bowled a single ball yet. We wanted to take one game at a time and see where he stands. You saw he didn't bowl today as well, but he is getting better day by day. In the next week or so he might be able to bowl, who knows. I mean only the doctors or the physios will be able to give an update on that,” Sharma had said earlier this month.

India’s warm-up matches were a chance to see if and how Pandya bowls. But in both the games – against England and Australia – the seam bowling all-rounder contributed only with the bat.

That India managed to register comfortable wins in both warm-ups, thanks to their batting might, must please the hosts. But having a cushion bowler will serve them well in the T20 World Cup.