Who could be the key players in the India-Pakistan clash at the Dubai International Stadium?
FPJ Web Desk 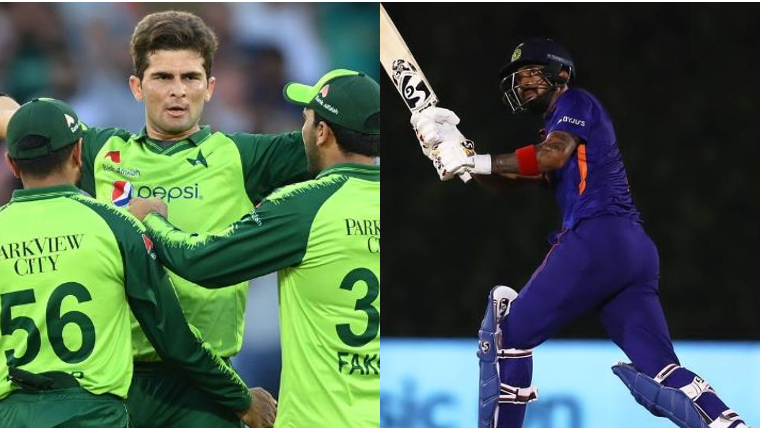 India and Pakistan open their T20 World Cup campaigns with a Super 12 clash on Sunday at the Dubai International Stadium. The Virat Kohli-led side leads the men in green 5-0 in T20 World Cup. However, Kohli will be leading the team for the first time against Pakistan in the global tournament.

Traditionally, India-Pakistan contests have been about the men in green’s bowling might against the men in blue’s batting might. But, as Pakistan captain Babar Azam claimed, batting is a strong point for them in this competition.

Here’s a look at five players who could make a difference in this edition:

Shaheen Shah Afridi: The left-arm fast bowler is in terrific form, having picked 12 wickets in the National T20 competition in Pakistan from just six matches. His in-swingers could cause a few problems for the likes of KL Rahul, Rohit Sharma and Virat Kohli, much like how left-arm in-swing had troubled the Indian top-order in the Champions Trophy final. With a lethal yorker in his armoury, Afridi can be more than handful in slightly helpful conditions. Though he has picked just ten wickets in 12 T20Is in 2021, he could be crucial with the new ball and at the death.

Virat Kohli: The Indian captain is yet to be dismissed in T20 World Cups against Pakistan. And the clash against the arch-rivals could be a good way for him to return to form. Despite looking in good touch, Kohli hasn’t got a big score in recent times and the game against Pakistan might well be the right time for him to get going.

Shadab Khan: The wily leg-spinning all-rounder is Pakistan’s vice-captain and would be raring to go against India, after a not-so-good run of form. In the National T20 tourney, he picked just four wickets and scored under a hundred runs. But Azam showed faith in the leggie by naming him in the XII over Mohammad Nawaz, on the eve of the clash. While Kohli’s struggles against leggies in the IPL are known, Khan could try and exploit that come the big day.

Jasprit Bumrah: The Indian speedster had overstepped on the ball he had dismissed Fakhar Zaman in the final of the Champions Trophy in 2017, and rest is history. Bumrah would want to erase those memories for good and there’s no better way to do so than having a say in the proceedings in Dubai. His clever change of pace could be handy in the conditions and the experience of having played the IPL would also help.

KL Rahul: At the start of the month, the Punjab Kings captain blasted an unbeaten 98 off just 42 balls at the Dubai International Stadium, where India will take on Pakistan. If he can tee off in the way he signed off, nobody would complain. His fast starts at the top would help India, especially against the likes of Afridi and Hasan Ali.