T20 World Cup: I'd like to play another World Cup but don't think I'll be allowed, says Chris Gayle on retirement 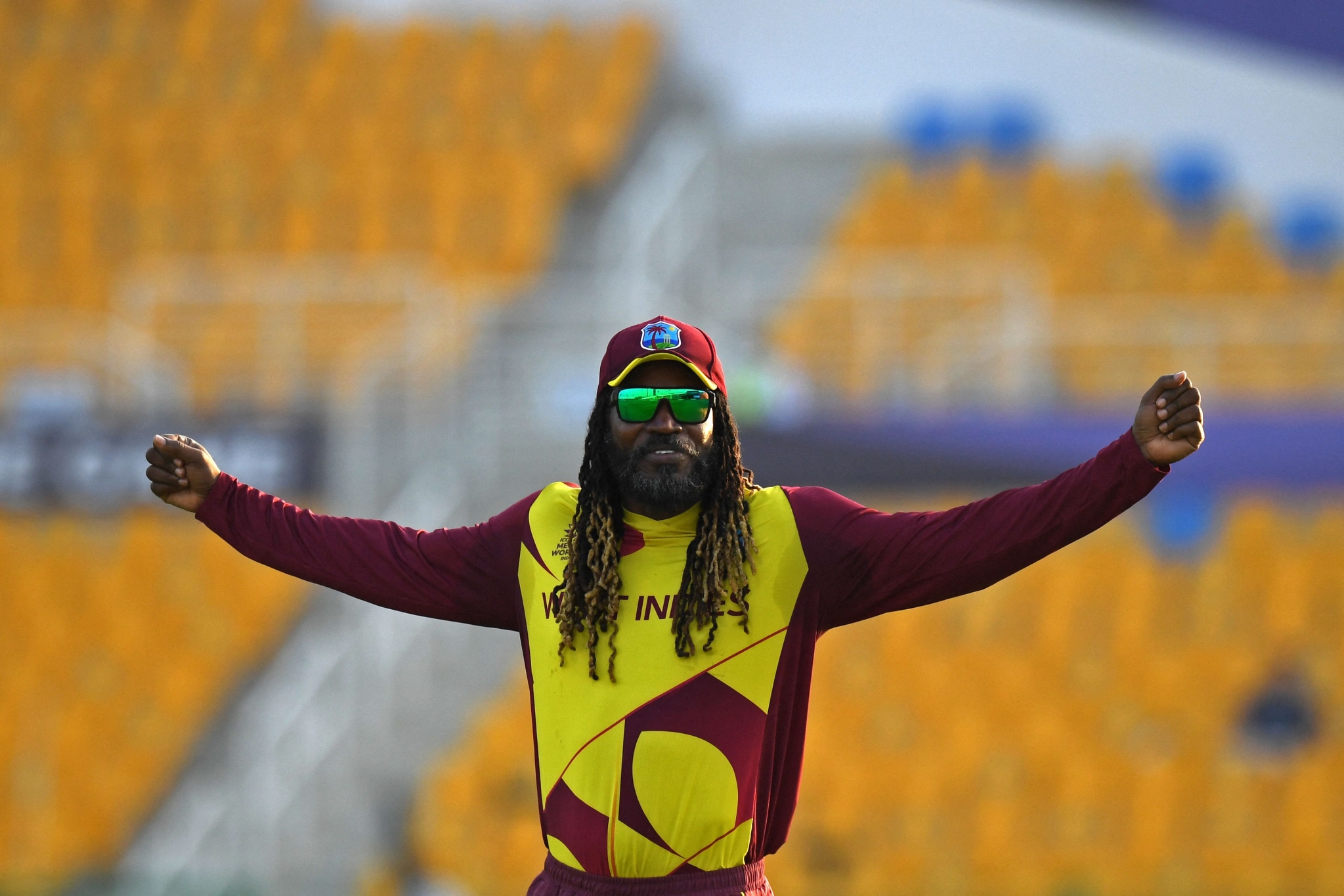 West Indian batter Chris Gayle has clarified that he had not made a decision to retire after the team played its last fixture of the ICC T20 World Cup here, but added that the end of his international career was coming.

Speaking ahead of the game against Australia, which the two-time T20 World Cup champions lost by eight wickets on Saturday, Gayle had dropped hints that this could be his last game for the country, saying "I'm semi-retired. I'm one away."

He was applauded onto the field by teammates when he went out to open the batting and saluted the ground after his dismissal, proceeding to throw the gloves into the crowd. Alongside the retiring Dwayne Bravo, he was given a guard of honour on his way off the field at the end of the match.

When the attacking batter, who turned 42 in September, raised his bat to the crowd and soaked in the well-earned admiration, it suggested this was his farewell match.

But in an interview on the International Cricket Council's (ICC) post-match Facebook show, Gayle clarified he had not made a decision to retire just yet.

Asked to clarify his comments he made before the match, Gayle said, "I'd love to play one more World Cup. But I don't think they will allow me."

"It's been a phenomenal career. I didn't announce any retirement but they actually give me one game in Jamaica to go in front of my home crowd, then I can say 'hey guys, thank you so much'. Let's see. If not, I'll announce it long time and then I'll be joining DJ Bravo in the backend and say thanks to each and everyone but I can't say that as yet."

Often forgotten in the Gayle story are the upheavals he has had to overcome in his long journey, including a heart surgery in 2005 after he retired mid-innings in a Test against Australia.

"I've been through a lot of struggle. You mentioned the heart condition but I've had a phenomenal career. I want to give thanks to actually be standing here today, aged 42 still going strong. The career has been really great. I've had a bit of hiccups here and there. I've shed blood, I've shed tears in West Indies cricket, you name it, one leg, one hand, I'm still batting for West Indies."

"It was a pleasure always to represent West Indies, I'm very passionate about West Indies. It really hurts bad when we lose games and we don't get the result and the fans so (much) more is very important to me because I'm an entertainer. When I don't get the chance to entertain them it really hurt me a lot. You might not that see that expression, I might not show those sort of emotions, but I'm gutted inside for the fans, and especially for this World Cup as well."