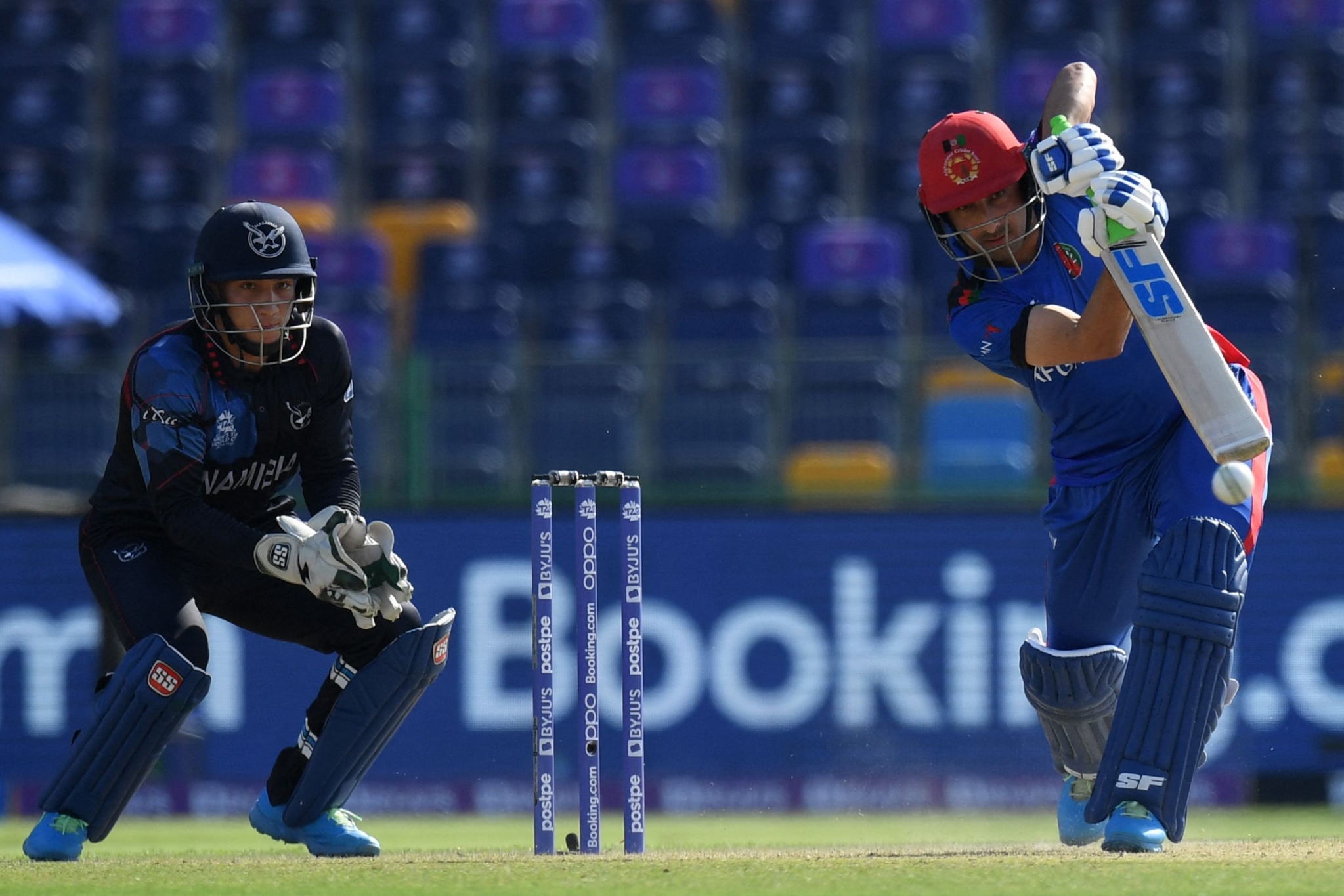 Former Afghanistan skipper Asghar Afghan, who played his last match on Sunday, said he decided to retire from all forms of cricket following the defeat against Pakistan in the T20 World Cup.

Afghanistan is locking horns with Namibia in the ongoing T20 World Cup on Sunday and this will be Asghar Afghan's last match for his side.

On Friday, Asif Ali smoked four sixes in an over to help Pakistan make it a hat-trick of Super 12 victories as they handed Afghanistan their first defeat of the tournament in Group 2.

"I want to give chance to youngsters. I think this is a good opportunity for that. Most people are asking me why now but it's something I cannot explain," said Asghar Afghan after the mid-innings.

"In the last match, we were hurt too much, and that's why I decided to retire. There are plenty of memories, it's difficult for me, but I have to retire," he added.

The former Afghanistan skipper was in tears while talking about his retirement.

As Asghar came into bat when Shahzad's entertaining knock of 45 came to an end in the 13th over, the Namibian side gave the former Afghanistan skipper a guard of honour during the match.