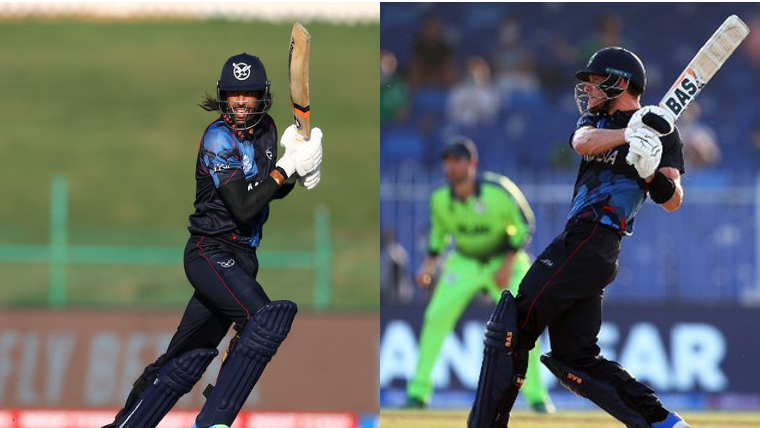 A steady unbeaten half century from captain Gerhard Erasmus and a bludgeoning cameo from all-rounder David Wiese helped Namibia swat Ireland aside in their Group A clash in the T20 World Cup in Sharjah and advance to the Super 12 stage. Namibia join Sri Lanka as the second team from Group A to progress in the next stage.

While Sri Lanka will be in Group 1 with the likes of Australia, England, South Africa, West Indies and Bangladesh, Group 2 will have newest joinees Namibia alongside hosts India, Pakistan, New Zealand, Afghanistan and Scotland.

Namibia made a quiet start to their chase. Boundaries were hard to come by for Namibia batters as they dealt mostly in singles and twos. Their struggle can be gauged from the fact that they found the fence only four times in the first 10 overs, scoring 49 for one.

Needing 77 off the last 10 overs, Erasmus and Zane Green (24) shared 48 runs for the second wicket to keep Namibia in the contest. The duo played sensibly and brought down the equation to 55 off 42 balls and with nine wickets in hand, Namibia were clear favourites to win the contest.

But Green failed to clear Kevin O'Brien at mid-off to make the contest interesting.

After his two wickets with the ball, Wiese came to Namibia's rescue by hitting Craig Young for back-to-back sixes in the 15th over to bring down the equation to 33 off the last five overs.

Needing 21 off 18 balls, Erasmus lofted off-spinner Simi Singh over the long-off boundary and then struck two boundaries in the 19th over off Craig Young to finish off the chase in style with nine balls remaining.

Earlier, asked to bowl, Namibian bowlers made a strong comeback after Ireland made a brisk start to restrict them to a modest 125 for eight. Ireland started brightly with Paul Stirling (38) and Kevin O'Brien (25) sharing 62 runs off just 44 balls for the opening stand.

But Namibia pulled things back by removing both the openers in quick succession as Ireland slumped to 67 for two in 8.4 overs.

The dismissal of Gareth Delany pegged back Ireland considerably as their batters found it difficult to keep up the scoring rate, reaching just 95 runs for the loss of three wickets at the end of the 15th over.

Balbirnie tried his best to lift the innings but he also struggled to rotate the strike against some incisive bowling by Namibia in the second half of the innings, picking up six wickets by conceding just 54 runs in the last 10 overs.

Ireland's problems were compounded when left-arm pacer Jan Frylinck snared two wickets in the 16th over -- first Balbirnie LBW and then Curtis Campher.

Wickets continued to tumble as Weise next accounted for Harry Tector as Ireland's innings went from bad to worse.

Frylinck (3/21) was the pick of the bowlers for Namibia, while Wiese (2/22) also snared two wickets.