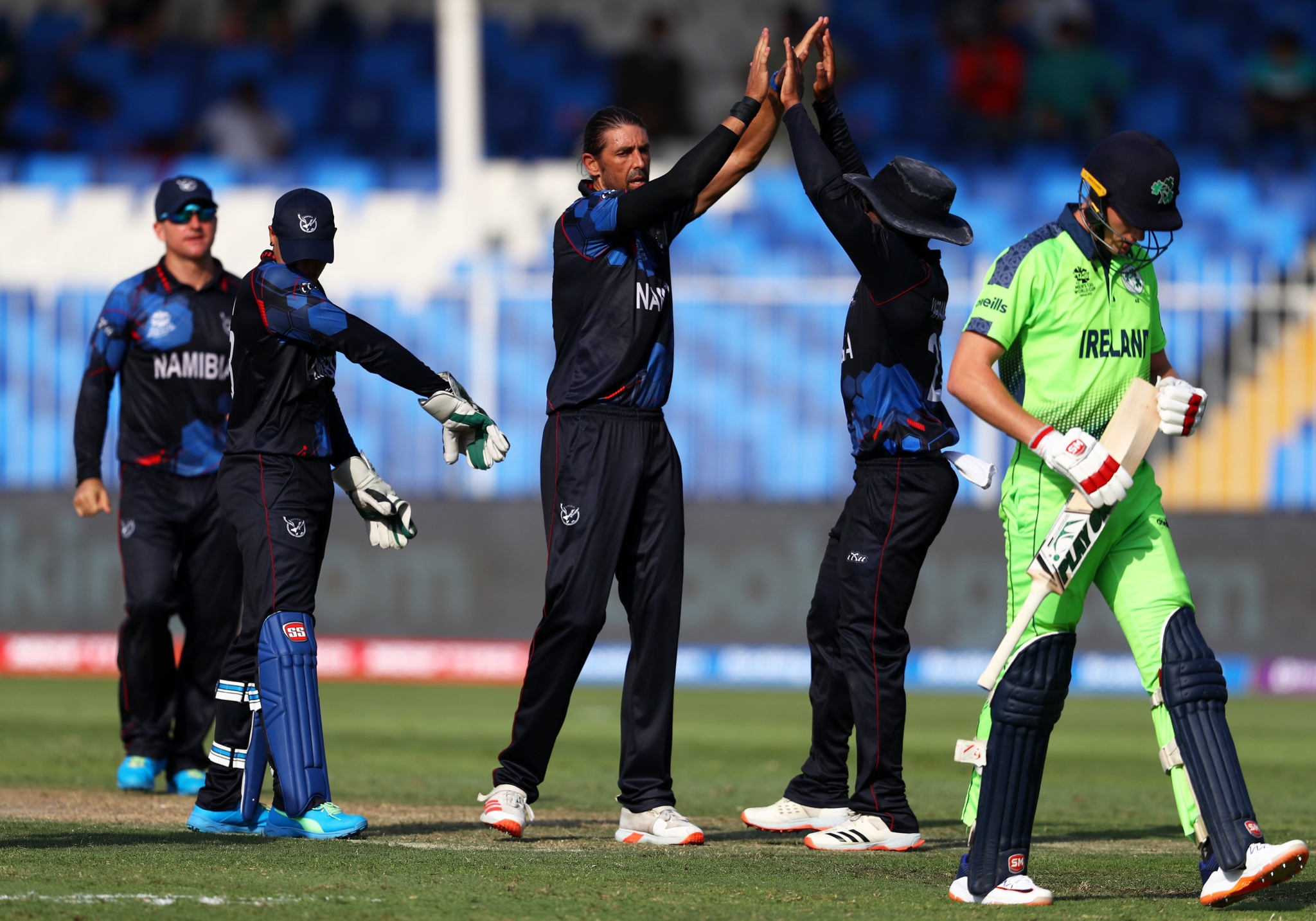 Namibia celebrate the fall of a wicket. | Photo: Twitter/T20WorldCup

Ireland were restricted to 125/8 in their 20 overs after they chose to bat after Jan Frylinck and David Wiese picked five wickets between them for Namibia in their Group A T20 World Cup clash on Thursday.

The game is a virtual knockout tie for both the teams as whoever wins will qualify for the Super 12s stage alongside Sri Lanka from the group.

Ireland started brightly after opting to bat with Paul Stirling (38) and Kevin O'Brien (25) sharing 62 runs off just 44 balls for the opening stand. But Namibia pulled things back by removing both the openers in quick succession as Ireland slumped to 67 for two in 8.4 overs.

The dismissal of Gareth Delany pegged back Ireland considerably as their batters found it difficult to keep up the scoring rate, reaching just 95 runs for the loss of three wickets at the end of the 15th over.

Balbirnie tried his best to lift the innings but he also struggled to rotate the strike against some incisive bowling by Namibia in the second half of the innings, picking up six wickets by conceding just 54 runs in the last 10 overs.

Ireland's problems were compounded when left-arm pacer Jan Frylinck snarred two wickets in the 16th over -- first Balbirnie LBW and then Curtis Campher.

Wickets continued to tumble as Wiese next accounted for Harry Tector as Ireland's innings went from bad to worse.

Frylinck (3/21) was the pick of the bowlers for Namibia, while Wiese (2/22) also snared two wickets.