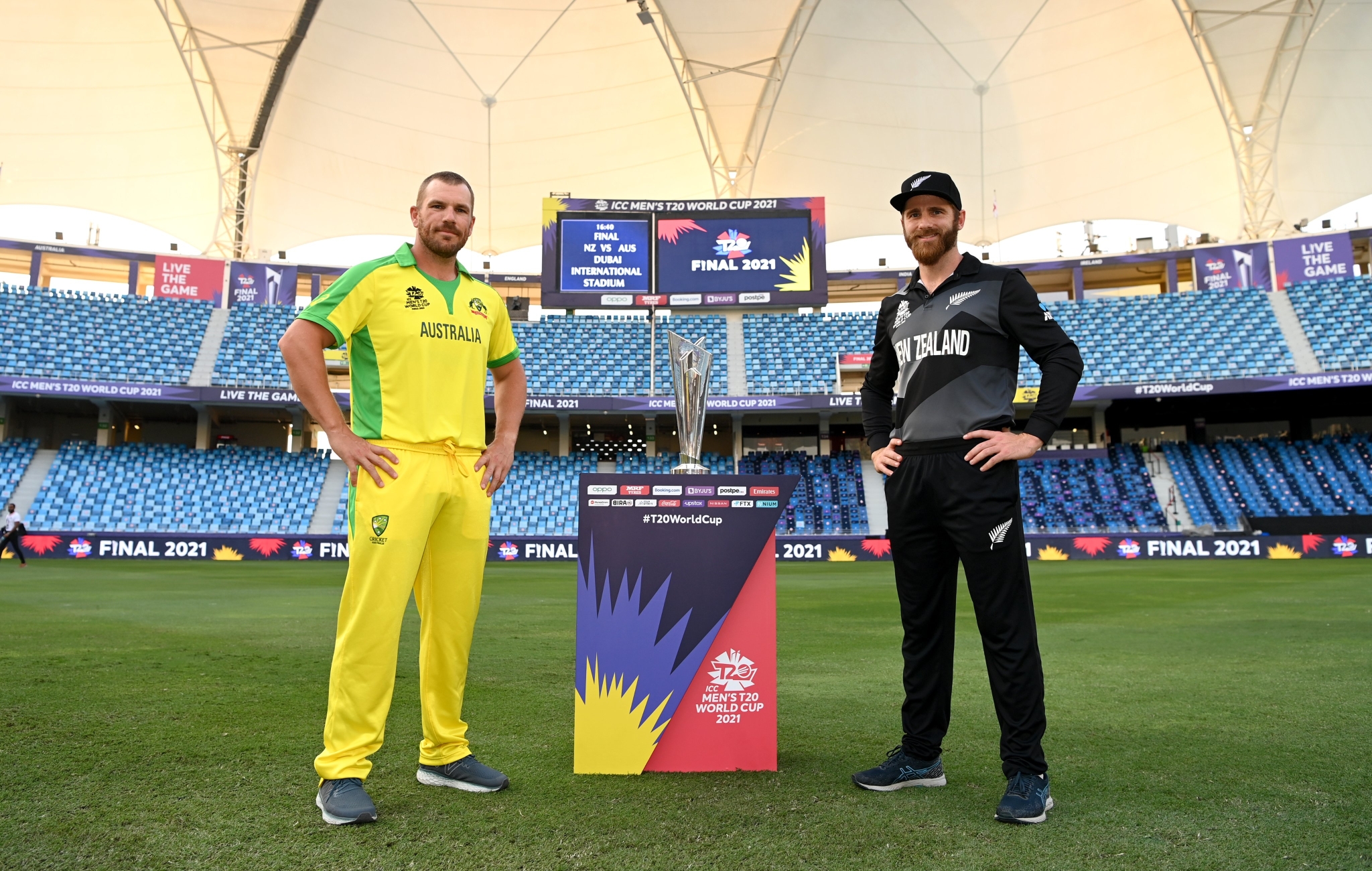 Australia and New Zealand will fight for their maiden Men's T20 World Cup crown in Dubai on Sunday. Both the trans-Tasman sides reached the finals with similar win in the semi-final against Pakistan and England respectively.

The last time the two sides met in a final of an ICC event was in the Men's World Cup 2015, when Australia defeated New Zealand quite easily.

Ahead of the title-clash, here are five players who could play a role in deciding where the silverware heads.

David Warner: The southpaw has turned his form around in some style. Having been left out of the Sunrisers Hyderabad squad altogether after a string of low scores, Warner came into the Men's T20 World Cup with many calling for him to be benched. Unequivocal backing of the Australian team meant he returned to runs and scored an important 49 in the semi-final. With form and experience with him, he would undoubtedly be one of Australia's key to success.

Daryl Mitchell: Selected as a finished in the squad for the Men's T20 World Cup, Mitchell was pushed to open in the warm-up and continued to be backed to explode at the top. He is New Zealand's leading run-scorer this competition and showed his versatility to slow down when the need arises. A crucial knock in the semi-final against England should keep him in good stead for the title-clash.

Adam Zampa: 12 wickets in the Super 12 stage of the competition, Zampa has quite forced himself into reckoning. With the Kiwi line-up till James Neesham's spot at no.6 likely to be a right-hand heavy, the leggie will almost dictate how Australia fare with the ball.

Trent Boult: A left-armer seamer can never be kept away from a big game. Boult would look to emulate Shaheen Shah Afridi against Australia's top order (read: Aaron Finch). The experienced pacer could also be effective in the middle overs with his variations.

Glenn Maxwell: Australia's middle order has been quite suspect. Maxwell had a very successful IPL 2021 for Royal Challengers Bangalore in these conditions and the Aussies would dearly want that version of the all-rounder to turn up on Sunday. Maxwell, on his part, has been hitting the ball well and only needs to reign his temperament and see off the first few balls before teeing off.