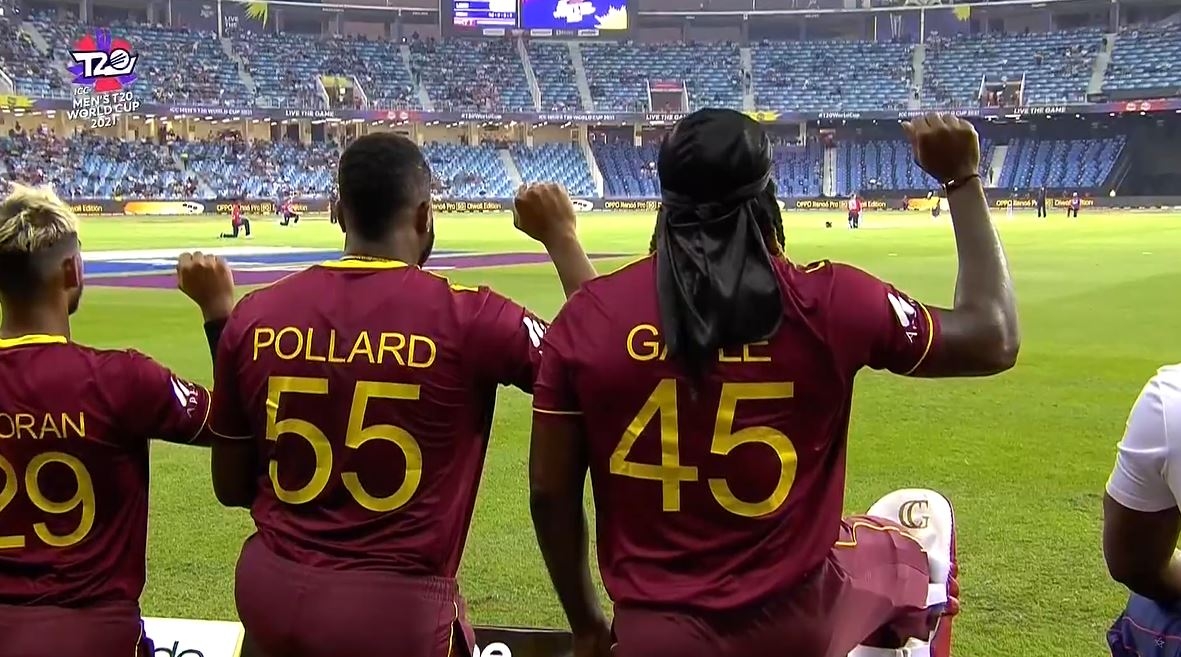 West Indies and England took a knee before the start of their T20 World Cup match. | Photo: Twitter

Ahead of the second match in Super 12 stage in the Men's T20 World Cup, West Indies and England on Saturday took a knee to show support towards the fight against racism.

On the eve of the match, England skipper Eoin Morgan had said the team would be joining West Indies in taking a knee.

"Tomorrow we'll join the West Indies in taking a knee to show our support in the fight against racism. The second part of it is we've always felt that we need something within our squad and our side that we feel a part of making a change, both locally and nationally and potentially globally," Morgan had said on Friday during the pre-match press conference.

England and West Indies players take the knee before ball one #T20WorldCup pic.twitter.com/d50ZuF7ODi

"Our moment of unity that we have had at home for quite a period of time has been our piece of, I suppose, cultural development, education, raising awareness within that space, as well, and it's worked for us, and it's progressing nicely and guys are engaged and want to do more."

"Unfortunately during this tournament, we're not able to do that. If we could do that every game, we would. But yeah, we're more than happy to take a knee tomorrow," he added.

England won the toss and inserted West Indies in to bat.