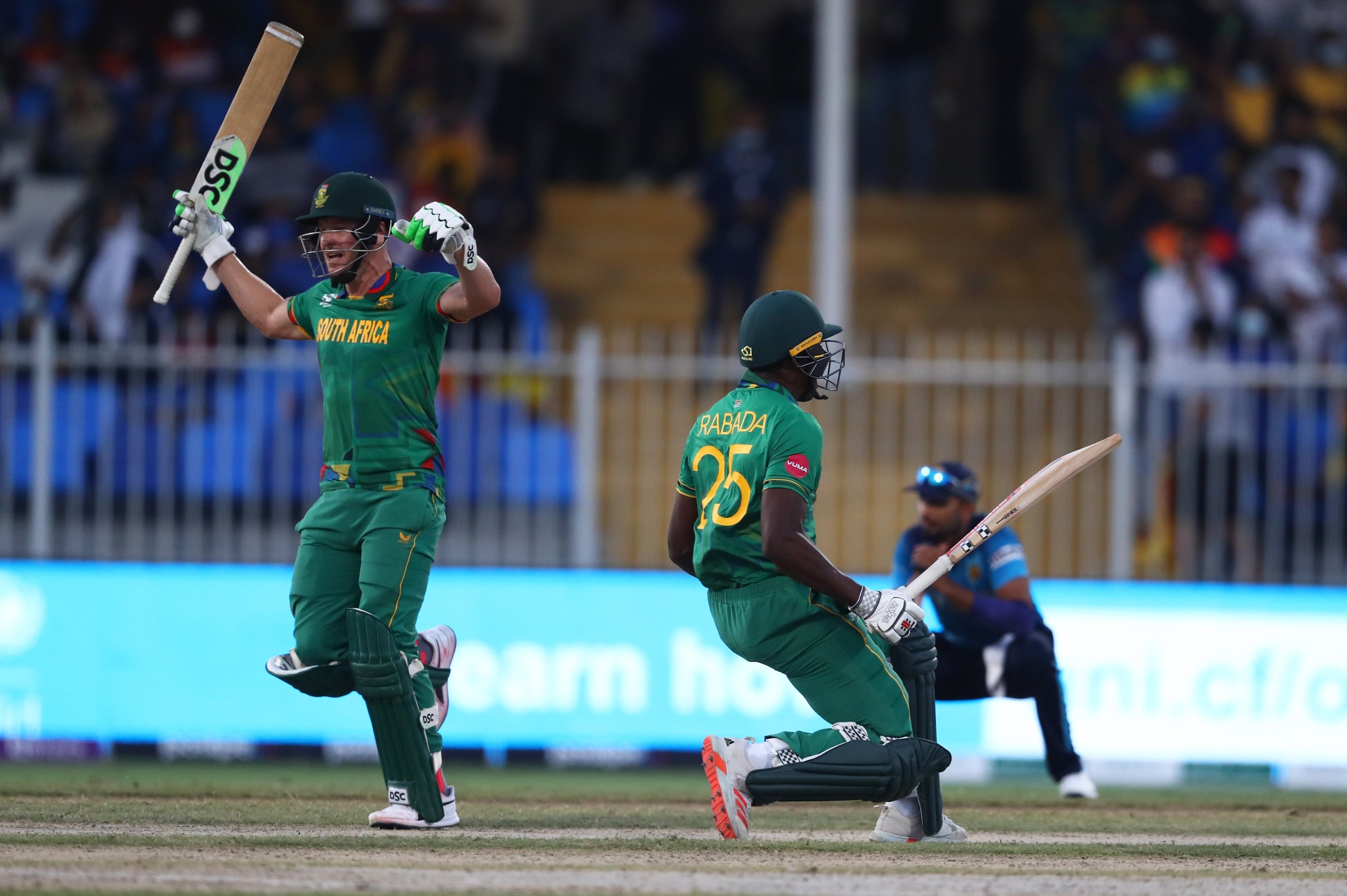 David Miller (l) and Kagiso Rabada of South Africa exult after the win in the T20 World Cup. | Photo: Twitter

David Miller and Kagiso Rabada added 34 in just 15 balls after Wanindu Hasaranga's treble as South Africa snatched the win from Sri Lanka in their Super 12 match of the T20 World Cup in Sharjah on Saturday.

South Africa lost openers Reeza Hendricks and Quinton de Kock in the fourth over to Dushmantha Chameera. While Hendricks was rapped on the back pad, de Kock got a top edge on the pull, pouched by the bowler himself.

There was some frantic running between the wickets when captain Temba Bavuma and Rassie van der Dussen were at the crease. One of those instances resulted in a mix-up between the batters, culminating in the run-out of van der Dussen in the eighth over as Dasun Shanaka hit the stumps directly at non-striker's end.

Bavuma had a 47-run partnership off 42 balls with Aiden Markram before Wanindu Hasaranga struck with the second hat-trick of the tournament. Hasaranga started off by clean bowling Markram with a googly in the 15th over. After a quiet over from Maheesh Theekshana, Bavuma whacked a gigantic six off Chameera.

But Hasaranga struck wickets on the first two balls of the next over to complete his hat-trick. Bavuma picked out deep mid-wicket, who leapt in the air to take the catch. On the very next ball, Dwaine Pretorius slogged straight to long-on.

Rabada hit Chameera for a six over long-off in the 19th over yielding ten runs. With 15 needed off the final over, Miller smacked Lahiru Kumara for back-to-back sixes before Rabada finished off in style with an edge past the keeper.