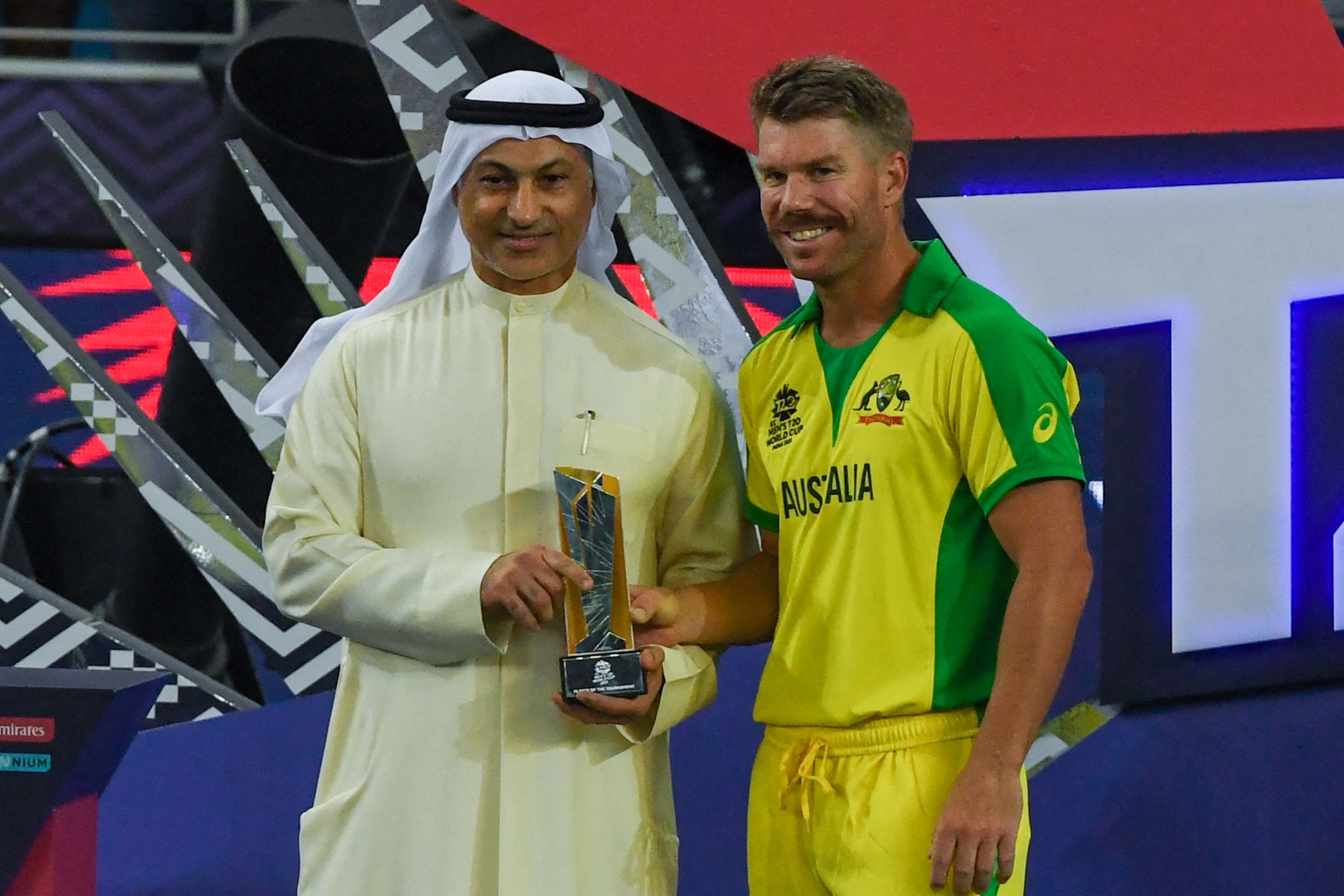 David Warner's wife Candice has given a befitting reply to her husband's critics who had been highlighting the Australian opener's poor form ahead of the ICC T20 World Cup in the UAE.

Warner, who had an unimpressive run in the Indian Premier League (IPL) and was dropped by Sunrisers Hyderabad in the latter half of the Dubai leg of the lucrative tournament, besides losing his captaincy during the India leg, emerged the second-highest run-getter in the T20 World Cup with 289 runs in seven innings averaging 48.16.

Warner struck 65 against Sri Lanka in the 'Super 12' stages, before a breath-taking 89 not out against the West Indies and 49 against Pakistan in the semifinals placed his team on the cusp of global glory.

And his 53 in the final provided the perfect support act for Mitchell Marsh (77 not out) as Australia chased down a total of 173 to clinch their maiden ICC Men's T20 World Cup crown.

Out of form, too old and slow! 😳🤣 congratulations @davidwarner31 pic.twitter.com/Ljf25miQiM

Candice Warner took to social media to tell the world that David was still a force to reckon with in international cricketer after he was adjudged 'Player of the Tournament' for his performance in the UAE.

She posted an image of Warner captioned "Player of the Tournament" and wrote, "Out of form, too old and slow! (Flushed face and Rolling on the floor laughing emojis) congratulations @davidwarner31."

Earlier, she posted another image of Warner from the T20 World Cup final against New Zealand, with his statistics from the match, and wrote, "Out of form!! (Flushed face and Rolling on the floor laughing emojis)."

Warner's 53 in the final, which Australia won by eight wickets, came off 38 balls and was embellished with four boundaries and three sixes.