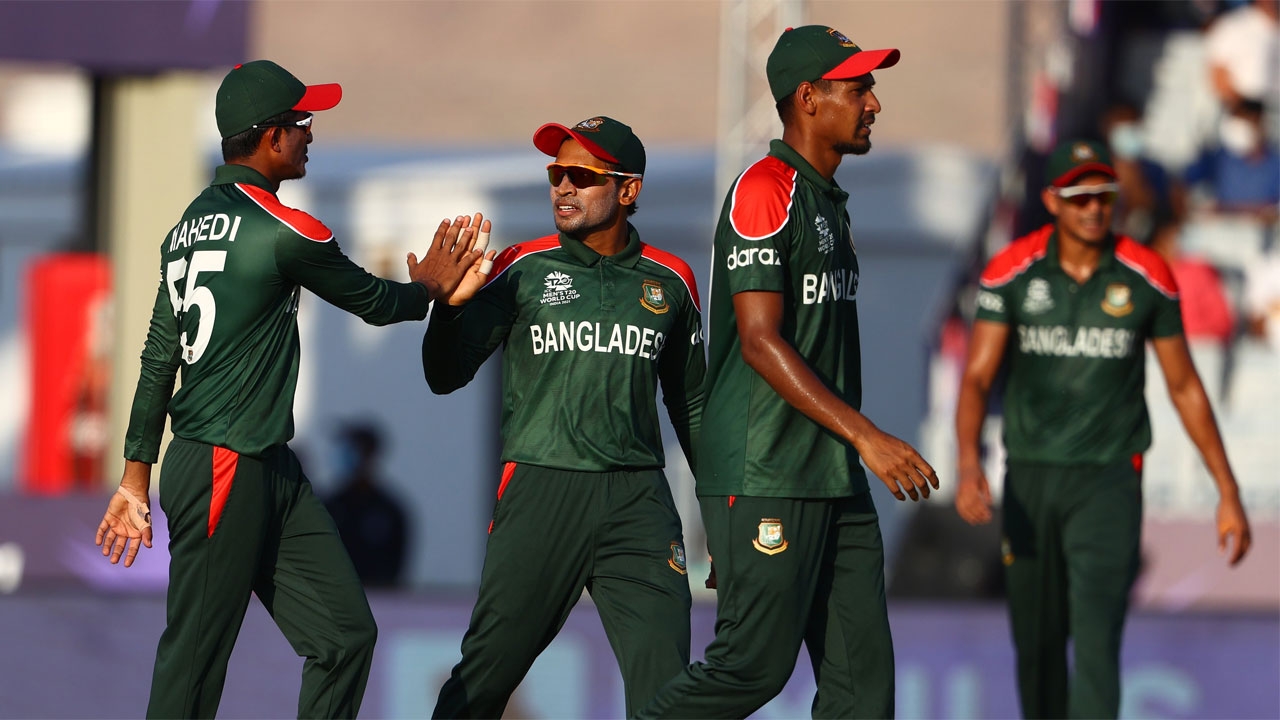 The Bangladesh Cricket Board (BCB) has constituted a two-member panel to go into the national team's dismal performance at the ICC Men's T20 World Cup in Oman and UAE.

A report in the Daily Star said on Monday that the committee comprising BCB directors Enayet Husain Siraj and Jalal Yunus has been given the task to "assess why Bangladesh failed to deliver as expected in the mega event".

According to the report, quoting a BCB press release, "the committee, after taking the views of the Tigers squad members, team management and relevant stakeholders in account will share its findings with the BCB."

Bangladesh had a forgettable outing in the Men's T20 World Cup as, despite defeating Australia and New Zealand in home T20I series before the competition, they put up a below-par show to finish the Super 12 Group 1 assignment without being able to open their account.

In the Qualification round also, the Mahmudullah-led side lost to newcomers Scotland by six runs to finish second in Pool B.

To add to their miseries, ace all-rounder Shakib Al Hasan was ruled out of in the latter part of their campaign because of a hamstring injury.

Shakib picked up the injury in his left leg during the game against West Indies on October 29. And after a 48-hour observation period, the team medical staff decided to rule him out of the mega-event