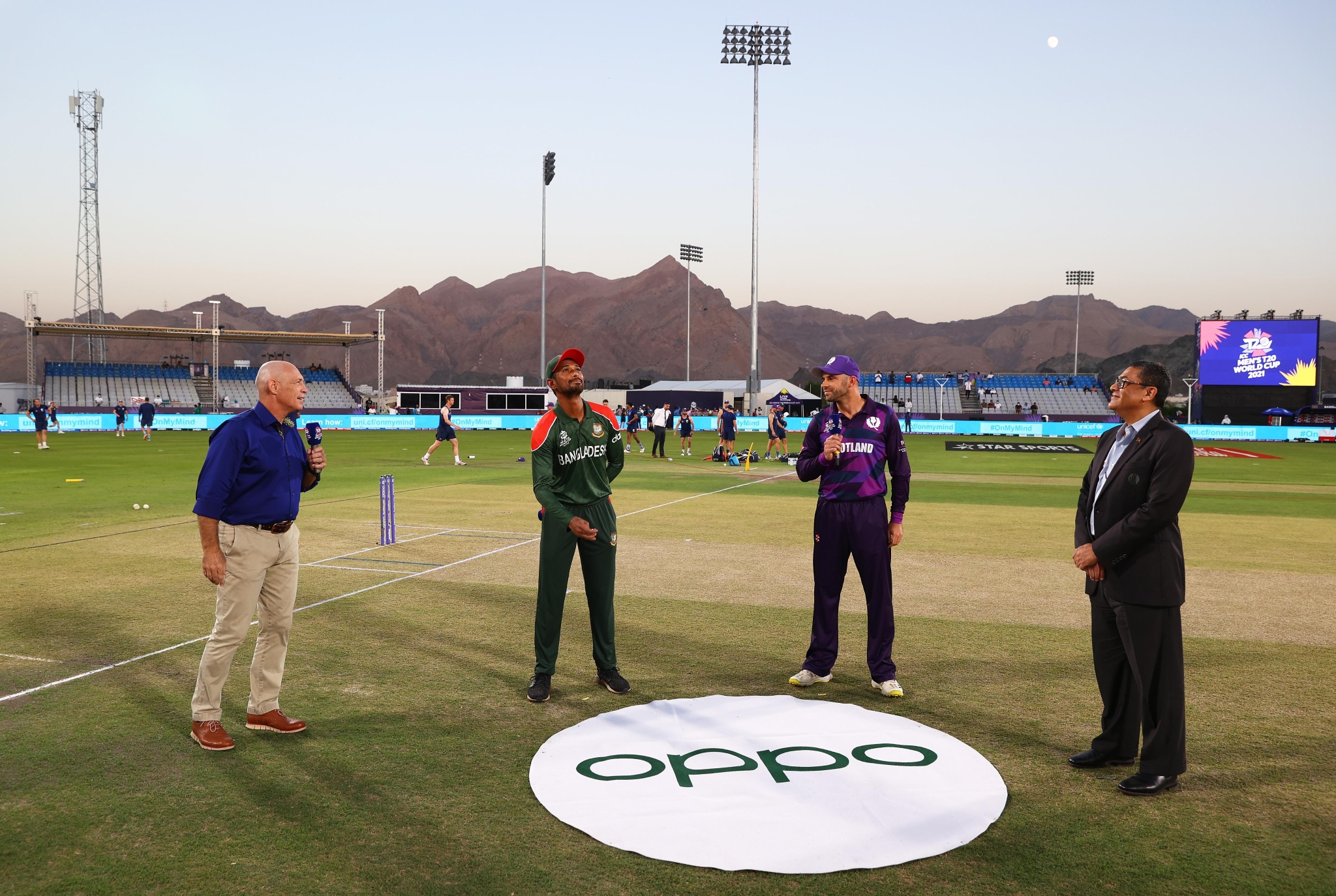 Bangladesh's Mahmudullah (second from left) and Scotland's Kyle Coetzer (second from right) at the toss. | Twitter/ICC

Bangladesh won the toss and opted to field first in their T20 World Cup opener against Scotland at Al Amerat in Oman on Sunday (October 17).

Mahmudullah, the captain of Bangladesh felt that the dew could be a factor that could aid chasing later in the night. Scotland captain Kyle Coetzer, on the other hand, was happy to bat first and put the runs on the board and the pressure on the opposition. He said the team would deal with the dew later.

Bangladesh went with two spinners in Mahedi Hasan and Shakib Al Hasan and left out the star of the series against New Zealand, Nasum Ahmed. Scotland chose Colin Greaves the leg-spinner in their XI.

In the earlier clash, Oman began with a ten-wicket win against PNG.