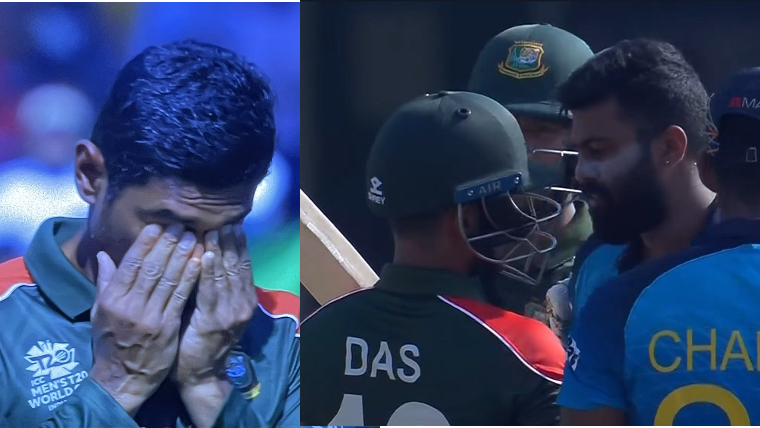 Sri Lanka and Bangladesh made the Super 12 stage of the T20 World Cup after coming through the first round. While Sri Lanka managed to hunt down the 172-run target, thanks to Charith Asalanka and Bhanuka Rajapaksa, the game hand its other elements, too.

First-up, Bangladesh captain Mahmudullah had tears in his eye after the national anthem. He has played every edition of the T20 World Cup from the inaugural one in 2007. But this is his first as the captain of Bangladesh.

While the world may look at India-Pakistan games as the high-on-emotion ones, but Sri Lanka and Bangladesh have their own thing going around. The men in green’s dance after their win over the Lankans in the 2018 Asia Cup is a well-known affair. The temperatures flared up in Sharjah as well after Liton Das was dismissed. Lahiru Kumara, the bowler who picked the wicket, chose to have a few words with Das, who wanted to give it back. There was a skirmish almost before the players were separated by the Sri Lankans and the umpires.

Das was at the wrong side of it again, when he dropped both Asalanka and birthday boy Rajapaksa in the deep. The latter was yet to get going at that stage.

The duo then added 86 for the fifth wicket as Sri Lanka won. However, till the time Bangladesh are in the competition, it will be eventful.