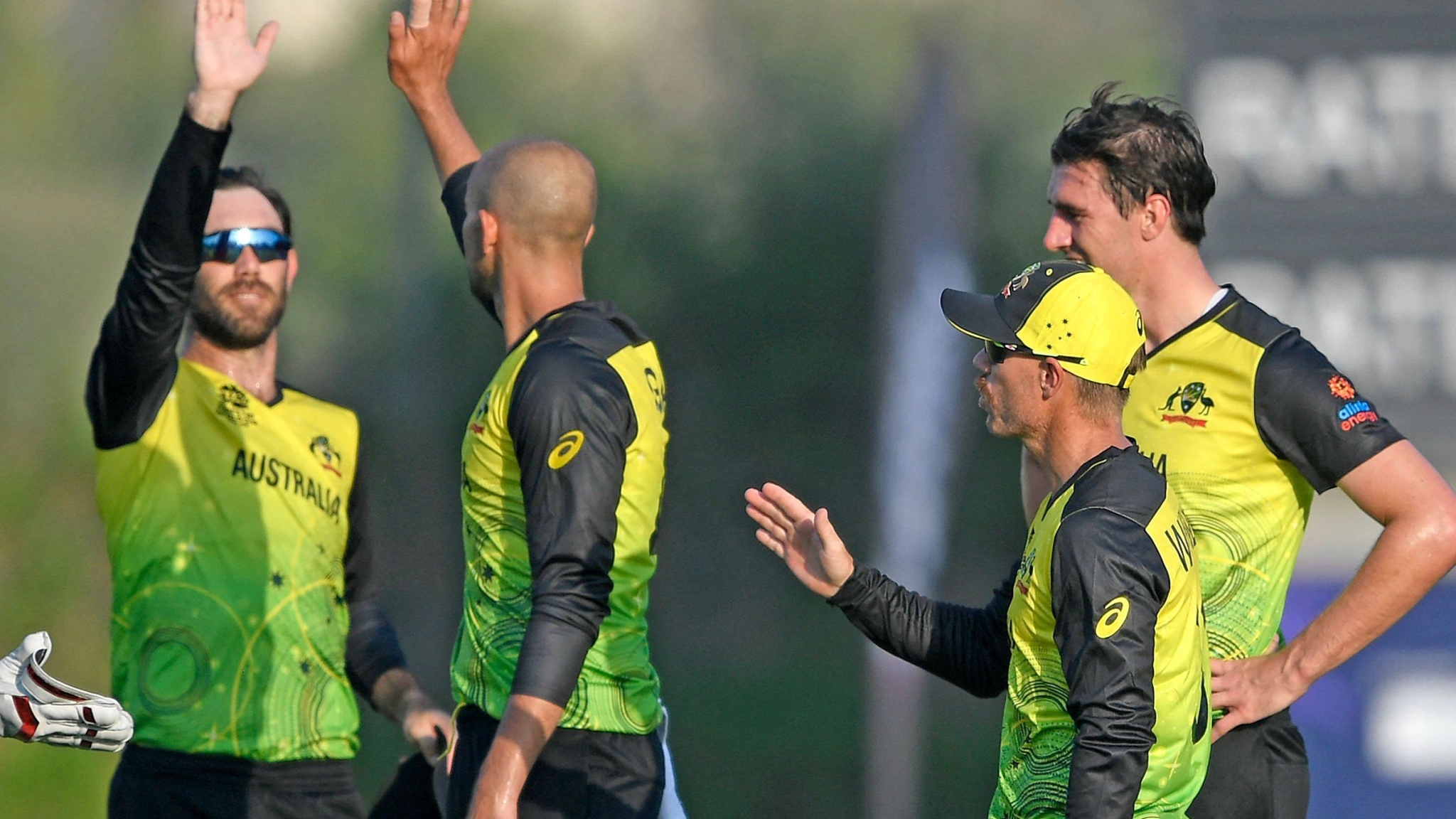 Australia captain Aaron Finch has won the toss and elected to bowl first against South Africa in a Group 1 match of Super 12 of the ICC Men's T20 World Cup at the Sheikh Zayed Stadium in Abu Dhabi on Saturday.

After winning the toss, Finch said, "Looks like a good wicket, can't see things changing a lot during the course of the game. We have a lot of experience in the side, we haven't played as a group, but we're looking forward to this tournament. Tough selection choices, but Ashton Agar, Kane Richardson, Josh Inglis and Mitch Swepson miss out."

South Africa skipper Temba Bavuma said, "It's been a privilege to lead the team in the tournament. Two spinners, KG, Nortje, an all-rounder and an extra batsman in Klassen. We are coming off with some real momentum -- we have confidence in our team and we'll look to do well."