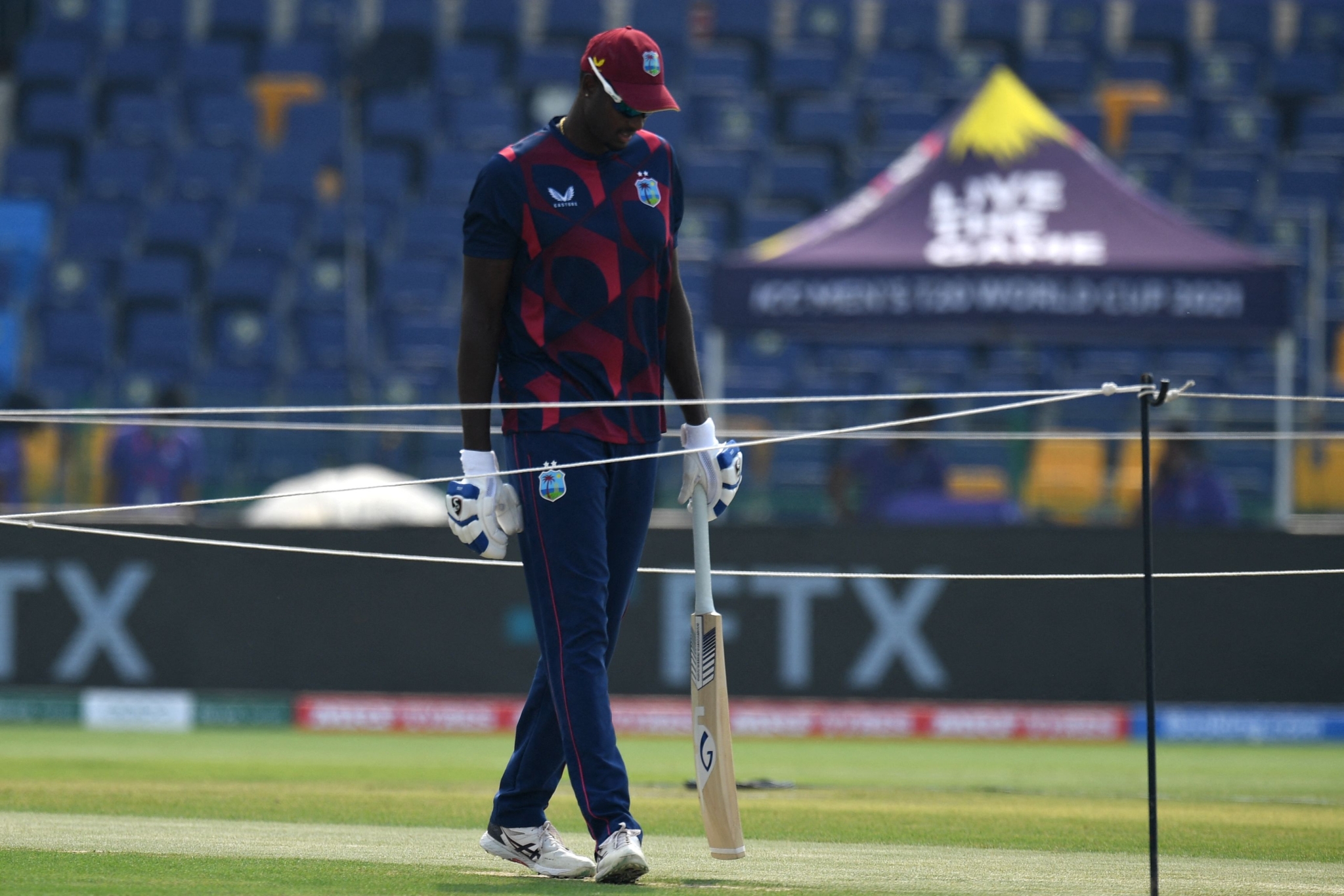 Aaron Finch won the toss and decided that Australia will field first against West Indies in their last Super 12 match of the T20 World Cup in Abu Dhabi on Saturday.

"It looks like a really good wicket and won't change throughout the 40 overs, will try to do some early damage with the ball," said Finch at the toss. "If you have to win the tournament then you have to win both ways. But on this surface if there's any kind of moisture then it will be first up. We won't think about it (NRR). We have come here to take two points."

West Indies have to win this contest in order to reserve a direct qualification for the T20 World Cup 2022. It will also be the last international match for Dwayne Bravo, who announced retirement, while Chris Gayle could also perhaps be seen in the Windies jersey for the last time.

While Kieron Pollard, the skipper was aware of it, he said, "Obviously these guys, all of us have done over the last decade or so for the T20 game is just amazing. It is unfortunate that we couldn't get that one last hurrah in terms of getting to the next phase of the tournament."

"But today is another opportunity, it will be emotional for some but the important thing is to try and win the cricket game to salvage something. We are aware of all aspects, everything is at the back of our minds and we are wary about what run rates needed. But it comes to nothing if you don't win games."